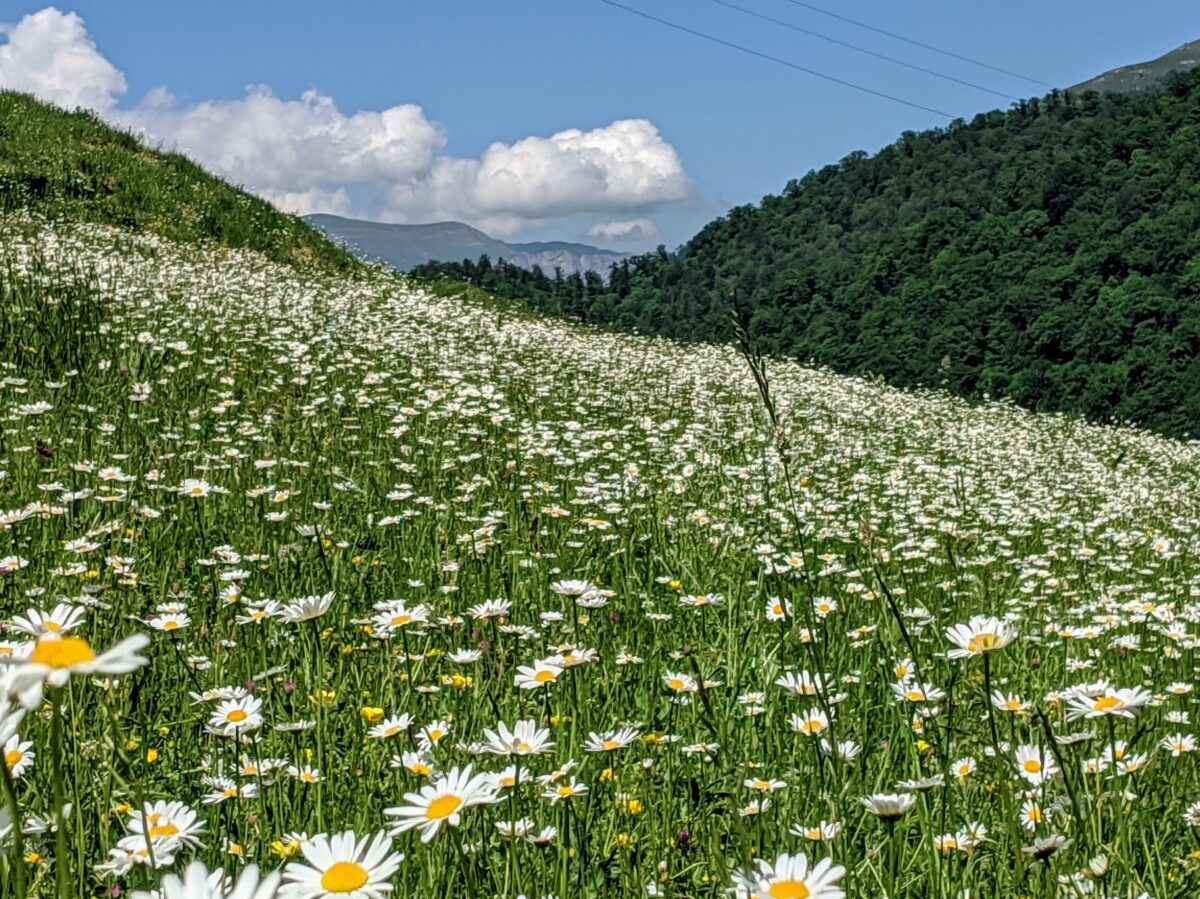 Chamomile is an easy to grow herb with many health benefits. (Roland Yeghiazaryan/Unsplash)
Traditional Wisdom

How to Grow and Harvest Chamomile

The Chamomile plant may be the easiest herb on earth to grow. Most herbs are pretty simple – plant, prune, contain. Chamomile, with its delicate, apple-like aroma, self-seeds year after year and also happens to be a great host for beneficial insects.

Years ago, I bought a pot of German Chamomile at (of all places) a grocery store, thinking it would be nice to dry a little to make tea from over the winter. Definitely an impulse buy, but well worth the few dollars. I planted the chamomile in my herb garden, but it has since migrated throughout my raised garden beds. Now, chamomile grows liberally in every one of my garden beds to one degree or another but has really settled in among my blueberry bushes, where I have managed to contain it.

Varieties Of Chamomile And Its Uses

Chamomile is an ancient herb and has been used for centuries for culinary and medicinal use – historians have found notes of its use in ancient Egyptian medicinal texts. It was also used in ancient times as a “strewing” herb – cut and thrown on floors, as it gave off its sweet apple aroma when walked on.

Chamomile is a member of the Asteraceae/Compositae family and there are 2 common varieties: Roman Chamomile and German Chamomile, with a number of individual cultivars of each variety. According to the National Center for Biotechnology Information, chamomile has been used to treat many human ailments, including hay fever, inflammation, muscle spasms, menstrual disorders, insomnia, ulcers, wounds, gastrointestinal disorders, rheumatic pain, eye infections, and other maladies. Personally, I find chamomile tea very relaxing and drink it almost nightly during the winter – it makes me sleep like a baby. I’ve also used the same tea (unsweetened) as an eyewash to clear irritated eyes. An essential oil is frequently distilled from chamomile flowers and is used in cosmetics and perfume, and as a flavoring in beverages and confections.

Chamomile is sometimes known as “the plant doctor”, because it is thought to help the growth and health of many other plants, especially ones that produce essential oils. It is thought to increase production of those oils, making certain herbs, like mints (spearmint, sage, oregano) and basil stronger in scent and flavor. -University of Florida Nassau County Extension

It’s no secret that many varieties of insects can cause damage to your garden. One of the most efficient ways to control these damaging pests is to cultivate plants which attract beneficial insects – wasps, flies, beetles and other species which eat or otherwise kill the unwanted insects. Among the species that chamomile hosts are Lady Beetles, parasitic wasps and hover flies, which together consume enormous quantities of aphids, leafhoppers, thrips, corn borers, and many other pests.

How to Grow Chamomile

Chamomile can be grown from seed or small starter plants. Plant it in most well-drained soils in either full sun or part shade, but it grows best in full sun and sandy soils. Ultimately, it likes the soil a little bit on the dry side and I’ve seen its growth slow during very wet periods. During the growing season, it spreads by creeping stems which root as they grow. New plants arise the following season from seeds produced by the flower heads.

How to Harvest Chamomile

Drying chamomile flowers in a cut-off paper bag. Separate the stems from the flowers and give it a shake once or twice each day to stir the contents.

Harvest chamomile when the flower petals are white and the centers bright yellow. Time of year will depend on which variety you grow, but early morning or late evening are the best times to pick the flowers, as the oils in the flowers are more concentrated when the weather is cool. Additionally, wait a day or two after rain to harvest, as chamomile holds onto moisture for quite awhile.

Harvesting German or Roman Chamomile is somewhat labor intensive. The flowers grow atop rather brittle stems and when harvesting, one can’t help but get stems along with flowers. You can find chamomile rakes online, but they tend to be rather expensive and don’t appear to save that much time for the home gardener (field production is always a different issue). Personally, I find it relaxing to pull the individual flowers off of each stem on a beautiful late spring morning, throw them into a brown bag as I go and then “clean” the flowers from the stem.

Most herbs are typically washed after harvesting, but that will damage chamomile flowers and may soak them to the point that they will be difficult or impossible to dry quickly. If insects are inhabiting the flowers, let your harvest sit outdoors for an afternoon on a porch or shady area – the insects will find their way out of the bag quickly, in my experience.

Tip: Once harvested, let the chamomile flower stems lay in the garden bed, as they make an excellent light mulch and quickly decompose, providing excellent organic matter for the soil.

How to Dry and Store Chamomile

I allow the chamomile flowers to dry in a cut-off (shortened) brown shopping bag for 1-2 weeks. It’s easy to tell when the flowers have dried sufficiently, as they crumble into a powder and are dry to the touch when you rub them between your hands. Store dried chamomile in a tea tin (you can never save too many tea tins).

This article was written and published by Todd Heft, the administrator for bigblogofgardening.com and republished with permission, the original article can be found here.

Todd Heft
Follow
Todd Heft is a lifelong gardener and the publisher of Big Blog of Gardening. He lives in the Lehigh Valley, PA with his wife who cooks amazing things with the organic fruits, vegetables, and herbs he grows. When he isn't writing or reading about organic gardening, he's gardening. His book, Homegrown Tomatoes: The Step-By-Step Guide To Growing Delicious Organic Tomatoes In Your Garden is available on Amazon.
Website
SHARE
Friends Read FreeCopyFacebookTweet
You May Also Like