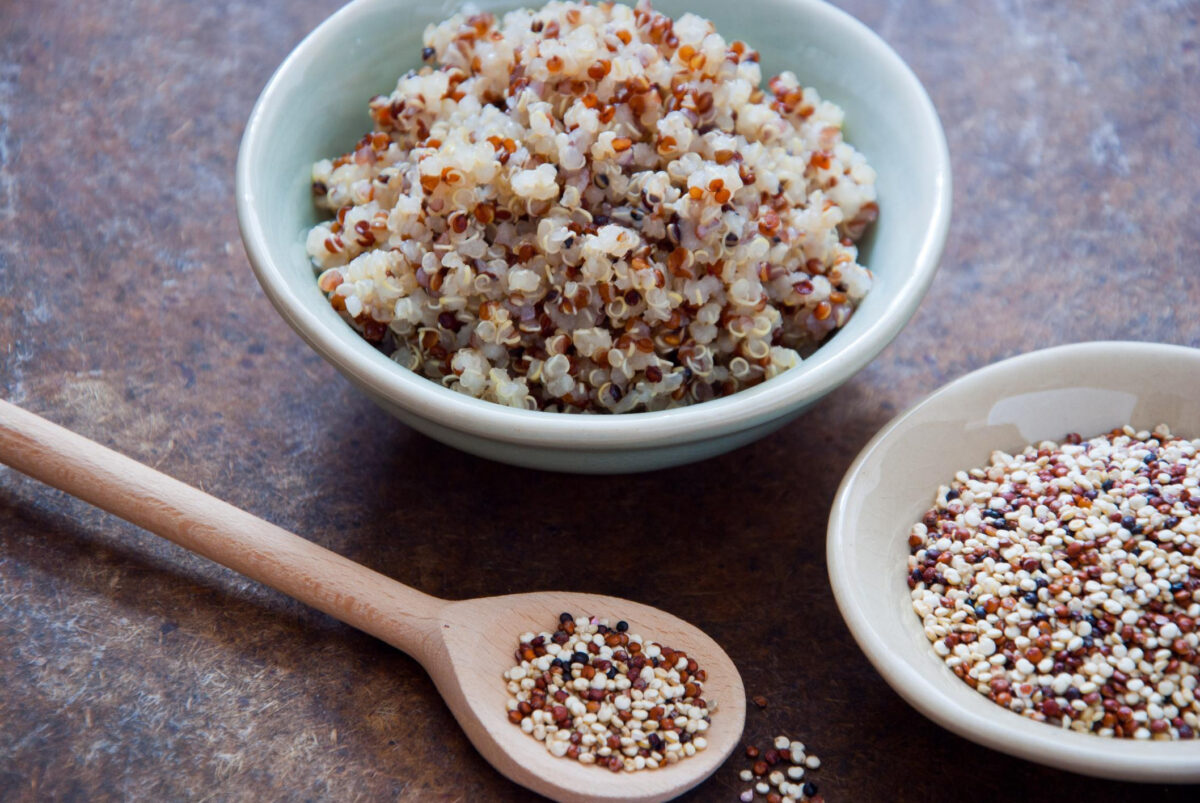 How to Cook Quinoa

Figuring out what to cook for dinner isn’t always so easy, especially when it comes to side dishes. OK, the grocery store had a sale on cornish game hens, so you’re making roasted cornish game hens. Or maybe you have some pork chops in your freezer that you need to cook. Perhaps you looked in your pantry and landed on chickpea burgers. Protein, decided!

But what should you serve with those main dishes when you’re sick of mashed potatoes, rice, roasted Brussels sprouts and broccoli? For those nights when you want something a little different but still crowd-pleasing, consider cooking quinoa and using it as the base for a salad. If you’ve seen quinoa in the store but aren’t sure how to cook with this grain, here’s the rundown (or skip straight to the recipe).

Pronounced KEEN-wah, quinoa is one of the “ancient grains” alongside the likes of barley, farro, freekeh, millet and spelt. Though quinoa has just recently become trendy in the United States, this superfood has been eaten in South America for thousands of years. In fact, the Incas called quinoa “the mother of all grains.” Though it’s packed with protein and its own host of benefits, quinoa is frequently used as a swap for rice or pasta.

Is Quinoa Good for You?

Quinoa is gluten-free, so it’s a great option for people who want grains but can’t eat wheat. Beyond its purpose as an alternative to pasta, it has a host of other health benefits. One serving of quinoa (1/4 cup uncooked, which yields about 1/2 cup of cooked quinoa) has 7 grams of protein, 15% of your daily iron and is a good source of fiber and other vitamins and minerals.

Quinoa has a light flavor with a slight nuttiness and earthiness hidden in its grains. While you can eat it on its own, quinoa is best punched up a bit with a vinaigrette or even just a big squeeze of lemon and some salt. Quinoa has a fluffy texture with just a hint of seediness, making it a great base for grain bowls.

How Do You Cook Quinoa?

Quinoa is as easy to cook as rice. First, rinse the quinoa before cooking to get rid of its slightly bitter coating (called saponin). Then, add 1/2 cup water to 1/4 cup quinoa and bring to a boil. After it comes to a boil, quickly lower to a simmer and cover the pot. Cook the quinoa for about 15 minutes or until all the water is absorbed. If you want to add more flavor, cook the quinoa in homemade broth instead of water.

After mastering the basics of simmering quinoa, you’ll quickly learn this grain is a great base for any number of dishes. If you’re not sure where to start, well, you can never go wrong with bacon and black beans. The recipe below can act as an accompaniment to any number of proteins or as a lunch in its own right. Once you’re comfortable cooking quinoa, then it’s time that you use it as a base for more salad recipes that aren’t exactly “salad.”

This recipe by JeanMarie Brownson originally appeared in The Chicago Tribune.

Step 1: Cut off the tough leaves and dark green portion of 1 medium leek; set aside for use in a stock later. Cut the white and pale green section of the leek lengthwise in half. Rinse it well, then cut into 1/8-inch thick slices.

Step 3: Stir in 2 cups chicken broth; heat to a boil while scraping up any browned bits from the bottom of the pan.

Step 6: Reduce heat to low. Cover pan tightly; cook until quinoa is tender and all the broth has been absorbed, about 15 minutes.

Step 7: Stir in beans and salt to taste, usually about 1/4 teaspoon.