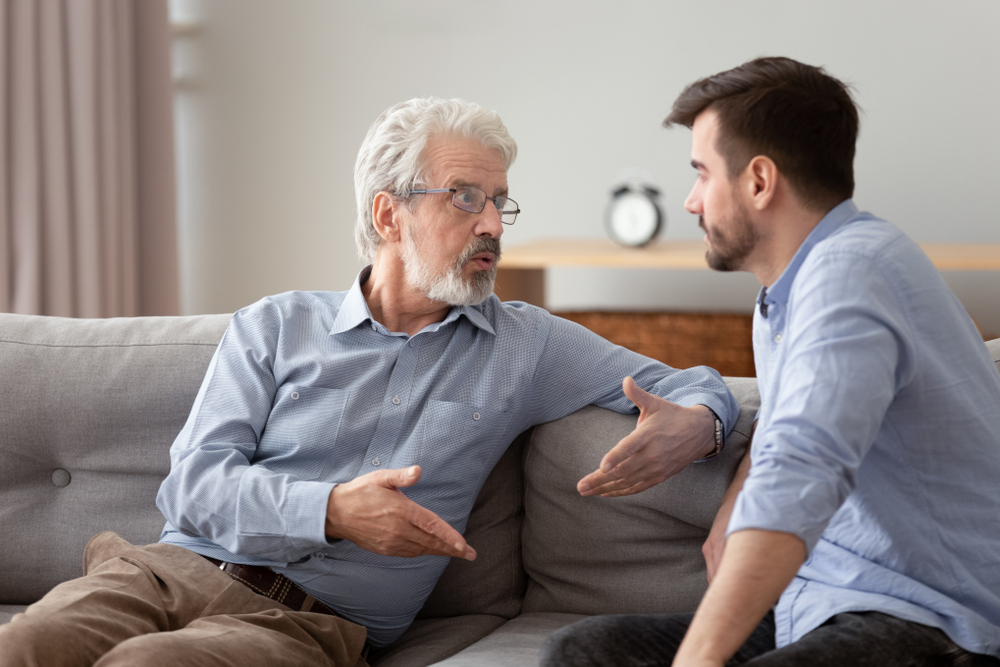 In any argument, listening to—and considering—the opinion of the person you're speaking with is key. (Fizkes/Shutterstock)
Family & Education

How to Change the Minds of Those You Disagree With

One of my goals in 2022 is to finally read “The Autobiography of Benjamin Franklin.” Although I’ve perused large portions of it in the past, reading it straight through has been on my to-do list for some time. Now that I’ve started, my copy is already filling up with underlining and penciled notes in the margin.

On page 13, I came across a nugget of wisdom perfect for our time, in which many strong and polarizing opinions flow freely. Franklin is discussing his journey of learning how to properly persuade and inform others while in conversation, rather than to simply debate and argue with them. Having been on both the giving and receiving end of such argumentative discussions in the past year—as have many of you, I’m sure—I found Franklin’s remarks to be a gentle reminder that, if we’re to win the world to our way of thinking, we must practice effective methods of persuasion.

“I wish well-meaning, sensible men would not lessen their power of doing good by a positive, assuming manner,” Franklin wrote, suggesting that our influence upon others is reduced by an attitude of overconfidence.

He said this type of approach “seldom fails to disgust, tends to create opposition, and to defeat every one of those purposes for which speech was given to us, to wit, giving or receiving information or pleasure.”

To test the truth of this statement, one need only look to media outlets, which have made a habit of condescendingly telling the American public what to do. Their trustworthiness in the eyes of Americans dropped to the second-lowest point on record in 2021, a Gallup poll showed. If we’re only interested in is running our mouths and showing our own importance, rather than in persuading others to adopt our ideas, then we should follow the path that these media outlets have taken.

“A positive and dogmatical manner in advancing your sentiments may provoke contradiction and prevent a candid attention,” Franklin wrote.

Those who never pause to hear and consider the other side are also unlikely to convince their opponents, according to Franklin.

“If you wish information and improvement from the knowledge of others, and yet at the same time express yourself as firmly fix’d in your present opinions, modest, sensible men, who do not love disputation, will probably leave you undisturbed in the possession of your error,” he wrote. “And by such a manner, you can seldom hope to recommend yourself in pleasing your hearers, or to persuade those whose concurrence you desire.”

Assume the best of your listeners, acting not as though you’re schooling them for their own good, but instead calmly suggesting facts and insights as though they aren’t a big deal, according to Franklin. He concluded his reflection on persuasion by quoting Alexander Pope:

“Men should be taught as if you taught them not,
And things unknown and propos’d as things forgot
…
To speak, tho’ sure, with seeming diffidence.”

This past year has been full of opportunities to debate, and those debates will likely only continue. So whether you want to convince others to get a COVID-19 vaccine or to avoid it, that Trump won or that he’s an absolute moron, or that you’re correct about any number of other polemical positions, why not take a page out of Franklin’s book?

If your mission is only to prove your own self-importance and knowledge, then by all means, enter every discussion with an argumentative mindset and pound your views into the heads of your listeners. But if your mission is to persuade and present the truth in hopes that your listeners will take heed, then try Franklin’s suggestions.

In the end, such winsomeness as he advised may just change the world—or at least your corner of it.