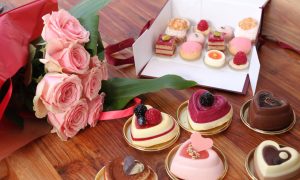 A Chef's Guide to Valentine's Day: Food Gifts to Buy and Make for Your Loved Ones
0 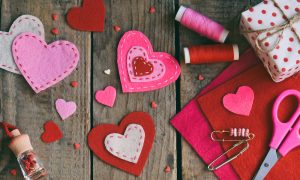 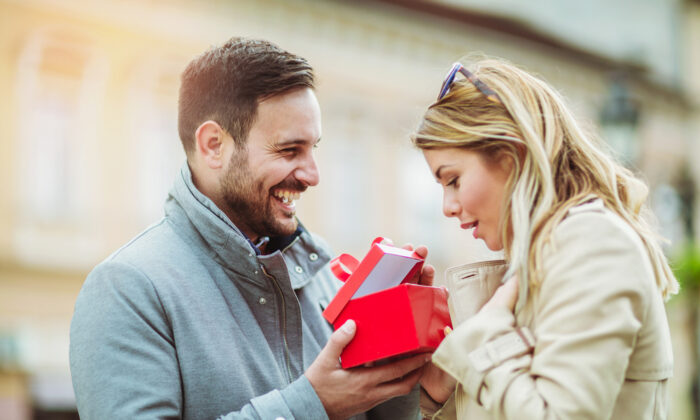 Gifts are one of the five love languages that Dr. Chapman uncovered after reviewing years' worth of notes. (Shutterstock)
Family & Home

How to Build a Stronger Marriage: Learn Your Spouse’s Love Language

Our first Valentine’s Day as a married couple, my husband learned the hard way that gifts are not my love language. Instead of being pleased by the sundry tokens he purchased, I was actually upset because they weren’t things I particularly wanted or needed and thus deemed them a waste of money. Yes, ouch.

Fast forward seven years, and I now realize that where he comes from, gifts are a very important way to express affection. And thanks to understanding love languages, I can tell him confidently that a simple hug will make me feel much more cherished than a gift.

So as Valentine’s Day approaches, I would encourage you to learn your spouse’s love language—not just to make the holiday extra special, but also to help build a stronger bond with him or her.

The concept of love languages was introduced by psychologist Dr. Gary Chapman decades ago. After reviewing years of clinical notes, he noticed that not feeling loved by one’s spouse was a big problem for some couples—and this was happening in marriages even when both parties said they were doing everything they could to express their love for their partner.

What he discovered is that there are five distinct ways people feel loved: through physical touch, verbal affirmation, spending quality time together, doing acts of service, and yes, for some people, gifts.

A majority of people most feel loved primarily through one language. So if your spouse is not tuned into yours, you may not feel their affection keenly.

You can learn your love language by taking the quiz on his website, 5LoveLanguages.com. Chapman also has a book on the topic, “The 5 Love Languages: The Secret to Love that Lasts.”

Also note that your children may have a different love language than you, so it may be worth your while to understand theirs after you get to know your spouse’s.

I asked Dr. Chapman to explain more about the love languages:

The Epoch Times: You discovered that people have these five love languages after looking at your own notes. What prompted you to review them?

Gary Chapman: After many years of listening to couples who came to me for counseling, I began to realize there was a pattern to their complaints and concerns. I asked myself, “What is a person looking for when they say they don’t feel loved by their spouse or partner?” My study of 12 years of notes showed the results fell into five categories and I later called them the five love languages.

The Epoch Times: In your practice, how common is misunderstanding a spouse’s love language at the root of marital discord?

The Epoch Times: Any common mistakes people make when they learn about the love languages and try to implement them?

Dr. Chapman:  Often a person assumes they know the primary love language of their spouse or partner, but they really don’t, and essentially their efforts are missing each other. Making time to take the quiz and sharing the results with each other is how to begin having a healthy relationship.

The Epoch Times: How do you figure out your spouse’s love language if they won’t take the quiz?

The Epoch Times: Can you share a success story?

Dr. Chapman: A woman came to my office asking for help because her marriage had gotten to the point where they were planning to seek a divorce. After spending time listening to her story I suggested she read “The Five Love Languages” and learn what her husband’s primary love language is and begin to apply to their daily lives.

She was reluctant to try, feeling hopeless, and I encouraged her to give it a try for a few weeks. She came back after three weeks of trying with a big grin on her face, saying she never would have believed he would respond to her efforts to show him love, but he did and the emotional climate in their relationship was beginning to get better. Not overnight, and there was a lot of work yet to do but she was hopeful and willing to continue showing him love.

A number of years later I saw the couple at a local restaurant and was amazed to hear how they were excited about the love languages, and they shared with me that was the reason their marriage was turned around and headed in the right direction.

The Epoch Times: Anything else we should know?

Dr. Chapman: I’m often asked if speaking the love languages is a form of manipulation and I say, “Yes, if you’re not sincere.” No one wants to be taken for granted or manipulated.

My recommendation is to learn about each love language and begin to speak them fluently just as you would a foreign language. Take time to learn how to express love by speaking the primary love language of the other person so they will feel genuinely loved and affirmed. You’ll be glad you did.