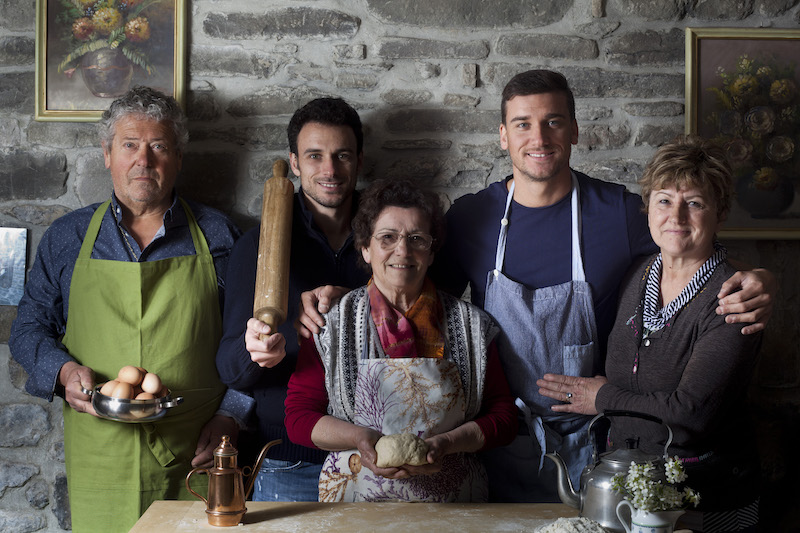 How to Bring Home a Taste of Italy

There is no shortage of Italian cookbooks out there. But one that has found a place in my kitchen for a few months now—and not on my dusty bookshelves—is Damiano Carrara’s “A Taste of Italy.”

Perhaps the appeal is that the recipes are homestyle and traditional. Family recipes are a large part of it; a number of the pies and cakes are named after this or that relative.

Carrara grew up in Lucca, Tuscany, and moved to the U.S. in 2008, where he worked as a bartender and eventually opened a couple of outposts of Carrara Pastries in the Los Angeles area. Though he may now be California-based, the recipes stand firmly on Tuscan ground.

Some of the best family recipes are so simple they never get written down; they are simply passed along from one generation to the next. And so Carrara’s recipe for white beans, Tuscan style, with olive oil, garlic, sage, and tomato, is simplicity itself—easy, quick, and the kind of dish that’s made its way into my regular repertoire. The Lasagna Bolognese is more of a weekend project, but makes enough to feed a very hungry extended family or else a smaller one for the better part of the week. All the recipes I have made from the book have made for happy bellies.

Carrara calls his book “A Taste of Italy,” but with all the stories and recipes about his family, what it really is, is a taste of home.