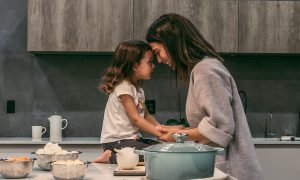 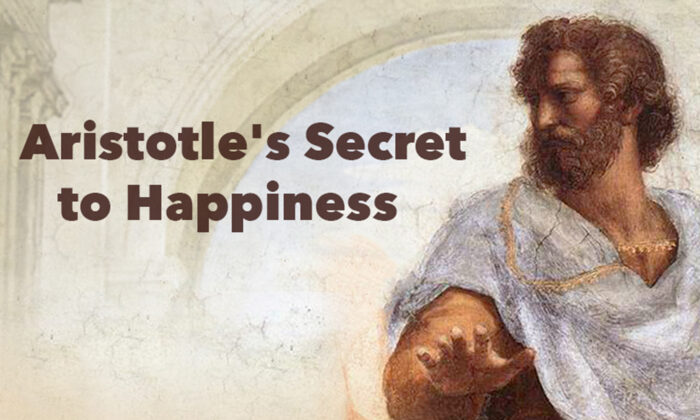 How to Achieve Happiness, the Aristotelian Way

“If there is some end of the things we do, which we desire for its own sake, clearly this must be the good. Will not knowledge of it, then, have a great influence on life? Shall we not, like archers who have a mark to aim at, be more likely to hit upon what we should? If so, we must try, in outline at least, to determine what it is.” – Aristotle

Some of the most impactful lessons in life can be learned from our ancestors.

The ancient Greek philosopher Aristotle, known besides his teacher, Plato, as the “Father of Western Philosophy,” took it as a given that most people wish to lead good lives. We aim toward happiness for its own sake, not because it is a means to another end. Happiness, therefore, is our ultimate goal.

Aristotle coined the term “eudaimonia” to describe this ultimate goal, the fine art of flourishing or “living well.” Luckily for the countless generations beneath him, the philosopher then expounded this term to include guidance on what living well and being happy really looks like.

How to Be Happy

“Happiness then is the best, noblest, and most pleasant thing in the world.”

Aristotle wrote his Nicomachean Ethics in 350 B.C.E. to deal with this very issue. Scholars aren’t sure the title refers to either his father or son, both of whom were named Nicomachean. In his text, rather than providing his readers with a set of rules on how to behave, Aristotle gifted them with a discourse on the type of person they should aim to become.

To live virtuously, therefore, is to live well, and to live well is to achieve happiness.

Crucially, the philosopher expanded his theory to include a deconstruction of the virtue of reason; by modern standards, a “guidebook” of sorts for the living of a good and happy life.

But what are they?

“Anybody can become angry, that is easy; but to be angry with the right person, and to the right degree, and at the right time, for the right purpose, and in the right way, that is not within everybody’s power and is not easy.”

Courage: To acquire the virtue of courage, a person must reflect upon the nature of courage and look to its exemplars. Most importantly, a virtuous person will learn to avoid its antitheses: rashness and cowardice.

Temperance: This is the enviable ability to impose moderation upon the excesses of pleasure and pain, particularly with regard to sensory pleasures.

Generosity: Aristotle chastised wastefulness and meanness equally, preferring instead to laud the treatment of money as any other useful thing. The virtue, he said, lies in knowing how to use money appropriately; giving it to the right people and at the right time.

Self-love and friendship: It is necessary for us to love ourselves before we can truly love another. However, we must cultivate the perfect harmony between boastfulness and self-deprecation, he said, before we can enter into any friendship with authenticity.

Aristotle kindly recognized that virtue looks different for everybody. It is subjective. For a person who tends toward cowardice, for example, virtuous behavior lies in finding the “golden mean” between the two poles of excess and deficiency.

We are born with tendencies, Aristotle said, not virtues. We must train ourselves in order to attain the facets of a good and purposeful life. Interestingly, Aristotle believed that all virtues are “unified,” meaning you cannot attain one without the others.

The Nicomachean Ethics goes deliberately here into the realms of justice. Justice, Aristotle believed, is also self-evidently desirable, and our time spent cultivating a measured equilibrium between the excesses of the human character pays off here; we can only exercise true justice when we have acquired moral virtue.

However, we also need the intellect. Justice, therefore, could be viewed as a product of the intellectual and moral virtues combined.

Calculation: The virtue of calculation entails time, patience, and the fine-tuning of technical skills. It needn’t be at the expense of art and beauty; building a home, for example, needs to marry considerations of both aesthetics and functionality. For this, calculation is required.

Contemplation: For Aristotle, contemplation entails knowledge, intuition, and the application of wisdom. Thinking and doing. The philosopher advocated studying the practical sciences in particular, as they will, he said, enable us to find the right path in life.

Here, Aristotle notes a pleasurable addendum. The attainment of all virtues will result in the most preferable form of friendship with other human beings; a friendship based upon real affection and not personal gain.

If we exercise the virtues, Aristotle said, we satisfy the conditions necessary to achieve our purpose as human beings. We achieve our full, reasonable humanity; we attain happiness, the ability to act justly, and ultimately eudaimonia.

The task may seem tremendous, but the consolation lies in our agency. A human being’s actions can only be judged as careless or virtuous if they are voluntary. We can choose, Aristotle said, to become virtuous or not. We can choose to live well.

We can choose, most importantly, to be happy.