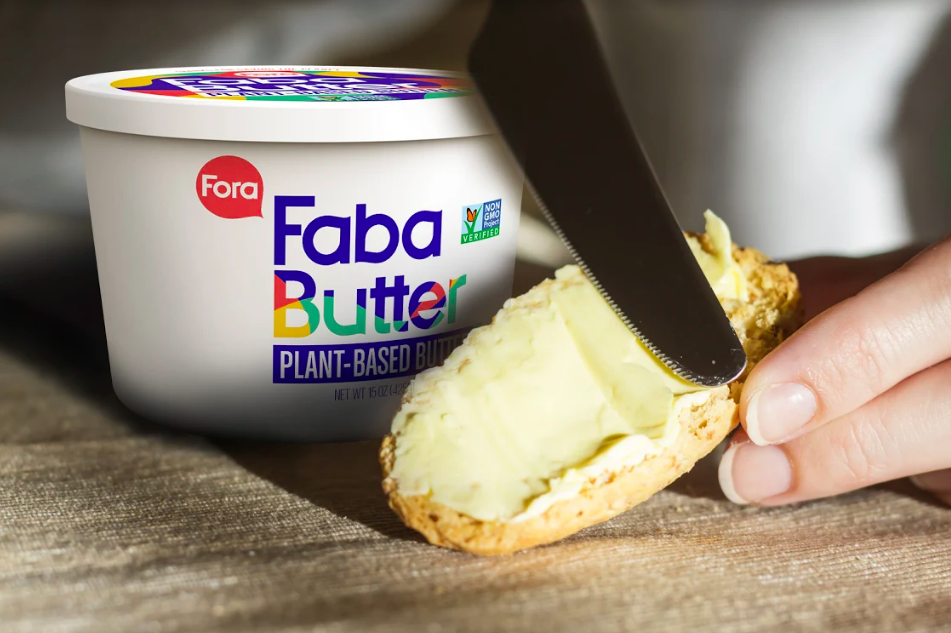 FabaButter is plant-based, and made with aquafaba, the water used to cook chickpeas. (Courtesy of Fora)
Food

How Scrappy Entrepreneurs Can Change the Food Industry

The world of specialty foods is booming.

The State of the Specialty Food Industry 2018 report, released on June 12, indicates that total sales—from consumers as well as retailers—totaled $140.3 billion in 2017, up 11 percent from 2015. On the retail side, the growth of specialty food sales also exceeded that of all food sales, up 12.9 percent compared to 1.4 percent. According to the report, 65 percent of consumers buy specialty food.

Opportunities are ripe for food entrepreneurs.

A Different Path to Market

For small entrepreneurs, the path to market is a markedly different one from those of big brands.

“It always starts with solving a problem close to the entrepreneur’s heart, or a passion and love for a food or ingredient or a recipe they may have had as a kid,” said Phil Karafakis, president of the not-for-profit trade organization Specialty Food Association (SFA), which released the report. Before joining SFA, he also held positions at McCormick and Kraft.

Unlike with big brands, there’s no set formula, Karafakis said.

Once the concept is formed, the time it takes for the product to hit the market is also much shorter. For a big brand, developing a prototype, organizing focus groups, and going through due diligence can take anywhere from eight to 12 months, according to Karafakis.

But a scrappy entrepreneur could get into the kitchen, create a product, sell it at the local farmers market, and gauge what kind of response he or she is getting in as little as a month, Karafakis said. “It’s that dynamic.”

Scaling up is ultimately the challenge that separates the successes from the failures.

Those who do succeed, though, stand to change the food industry. It is easy to look back now at the success story that is Vermont Creamery, which started in 1987. Goat cheese, which wasn’t commonly eaten then, is now a growing category. Along the way, Vermont Creamery hung to its values: improving rural communities, continuous improvement, and environmentally sound practices. The company was sold to Land O’ Lakes for $13 billion last year.

Part of what distinguishes emerging small food entrepreneurs is an emphasis on strong values and beliefs about “how food should be made, how they treat their employees, how food should taste,” and often, “a sense of obligation to take care of your community,” Karafakis said.

For entrepreneurs Aidan Altman and Andrew McClure, who are launching an award-winning dairy-free butter called FabaButter this month under a new dairy-alternative brand called Fora, values are key.

They both became vegan last year. “We could no longer support these outmoded industrial animal agriculture models, especially when it came to factory farming and dairy products,” Altman said.

But when they looked at the selection of dairy-free butter alternatives on the shelves, it was dismal.

“The margarine formulation has been around since the ‘50s. We call it a smoothie of liquid oils … pretty low-grade oils that when mixed together do not taste like butter,” McClure said. They took the matter into their own hands. “We wanted to make butter, just without the cow,” he said.

FabaButter consists of coconut oil, coconut cream, sunflower oil, sea salt, nutritional yeast, and aquafaba, an ingredient that not only is key to its flavor, but also acts as an emulsifier. Aquafaba is the water that chickpeas have been cooked in.

Altman and McClure spent a year tinkering in their kitchens after their full-time jobs (the two are also roommates), working on hundreds of iterations. Their closets were full of jars of coconut oil and cans of chickpeas. They ate a lot of hummus that year.

“We never brought in a food scientist, we simply didn’t have a budget for that,” Altman said. When they thought they’d nailed the recipe, they brought FabaButter to chefs. Getting the endorsement of a chef like Brad Farmerie of Manhattan’s Saxon + Parole, who earned a Michelin star, was all they needed. They won a sofi new product award from SFA earlier this year, but that was simply “the cherry on top,” McClure said.

You can cook and bake with FabaButter, the same as you would with butter.

“Our FabaButter croissant would bring a tear to any respectable French pastry chef’s eye,” Altman said.

The product will launch nationally next month at Eataly stores, with a retail price for their one-pound tub of $7.99, and at restaurants. They have also been focusing on industrial food service accounts.

Where other entrepreneurs might have taken a more small-scale, local approach, McClure and Altman wanted from the get-go to launch at “mass scale for maximum impact” and spent time searching nationwide for a hummus manufacturer who could work with them.

“Andrew and I knew that we needed scaleable ingredients; I attribute that to the fact that we had been in the food industry beforehand,” Altman said.

They felt they couldn’t afford to wait.  “We need innovation now, not in four, five years,” McClure said.

The food industry is a “good business with a good culture overall,” said Altman. “The majority of people are in it for the right reasons, which is to create more sustainable food systems and better quality products … It’s a pay-it-forward culture.”