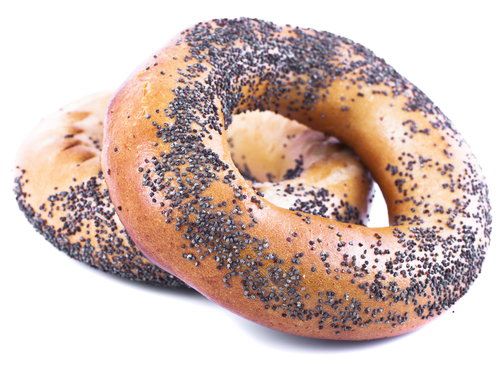 Officer Eleazar Paz had a poppy seed bagel on the morning of the random drug test, according to reports. (Shutterstock*)(Shutterstock*)
People

How Harmful Are Poppy Seeds?—The Opiates Inside

Poppy seeds, sold legally and ingested on a large scale, come from the same plant as opium.

A young man from Pennsylvania died in 2003 after brewing tea with a large amount of poppy seeds bought at a bulk food store. It was found that he had high levels of morphine in his system from the seeds. His mother started a campaign to raise awareness about the dangers of poppy seeds.

It has recently been revealed that restaurant owners in China are serving food mixed with poppy seed powder. Their purpose is to use the addictive morphine and codeine contained in the seeds to hook their customers.

RELATED: Restaurants in China Spike Meals With Opiates to Keep Diners Coming Back

So how harmful are the little black seeds common on bagels, muffins, and other treats?

The U.S. National Institute of Health (NIH) cites a German study of poppy seed foods after the seeds allegedly influenced the results of opiate drug tests.
The abstract reads: “Due to contamination during harvesting, the seeds can contain morphine and other opiate alkaloids.”

But, it adds: “Normal poppy seed consumption is generally regarded as safe. During food processing, the morphine content is considerably reduced (up to 90 percent).”

Another study cited by NIH, conducted by a laboratory in the Netherlands, notes that poppy seeds from different regions contain different amounts of opiates. The level of opiates was highly unpredictable. Even the same test subject ingesting seeds from the same region showed varying levels of opiates in his or her system across multiple trials.

The young man in Pennsylvania who died had brewed tea with 2.5 to 3 pounds of seeds. A similar brew was produced after his death for testing and to investigate opiate levels. According to this test sample, the two quarts he consumed would have contained about 519 mg of morphine, plus codeine and hydrocodone. Pharmaceutical morphine tablets range from 10 to 60 mg.

In China, the poppy seed powder trade has all the illicit flavoring of an opiate ring.

According to a merchant, her seeds sold for 450 yuan per jin ($55 per pound). Her sales to restaurant owners are made using code words. Among other reports of poppy seed abuse by restaurants, a blogger told a reporter from Yangtse Evening News that he went to a hotpot restaurant in Nanjing where he thought the soup tasted strange.

He suspected poppy seeds had been added and got a drug test afterward. His urine tested positive for heroin.

Tara MacIsaac
Follow
Tara MacIsaac is an editor and reporter who has worked on a variety of topics over the course of her ten years with The Epoch Times, including science, the environment, and local New York news. She is currently working with The Epoch Times edition based in Southern California.
SHARE
EmailFacebookTweetCopy Link
You May Also Like 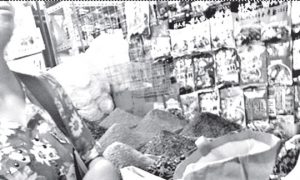