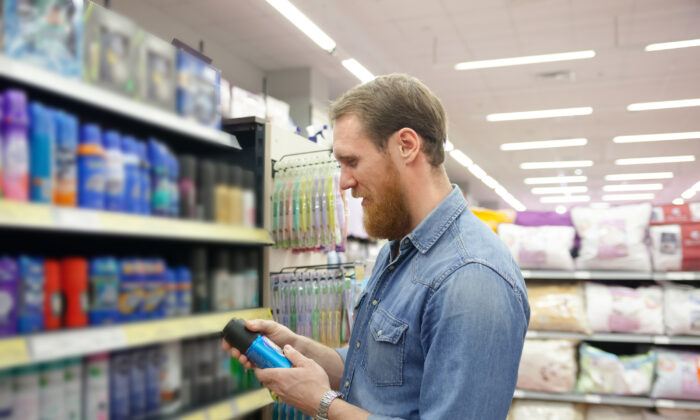 Among the list of sperm-warping chemicals is the ubiquitous Triclosan which can be found in soaps, deodorants, toothpastes and cosmetics. (Daria Chichkareva/Shutterstock)
Mind & Body

How Endocrine Disrupting Chemicals Cause Infertility

Think of your endocrine system as a computer. The hardware is a network of glands. The software: hormones. If the system is working properly, the network can communicate, regulating growth and development at every stage of life and fertility when the time is right.

Dioxins (a group of notoriously toxic compounds, which include Agent Orange, waste incineration, and the byproducts of industry), PCBs (a synthetic chemical family that saw numerous industrial applications until they were banned in 1979), as well as DDT and various other pesticides, are the best documented endocrine disruptors.

But many more common chemicals are suspect, including antibacterial agent Triclosan, used in about 2,000 household and personal care products.

The U.S. federal government and the European Commission are both in the midst of rethinking chemical policy, but endocrinology and toxicology experts clash on how EDCs should be classified and regulated.

A new technique for assessing EDCs may help settle some debate. On May 12, German and Danish scientists published a study in the journal EMBO Reports in which they tested chemicals directly on living sperm cells.

“Previously, experimental studies have mainly been done in animals. We have presented data with direct effects on living human cells. Many more chemicals can be tested with this method,” said Professor Niels Skakkebaek, M.D. in an email.

The study identified dozens of EDCs that interfere with male fertility by damaging sperm.

About one-third of the nearly 100 chemicals researchers tested had an adverse effect. The findings are important because demonstrating human endocrine disruption from chemical exposure has been difficult to accomplish.

In conventional toxicology, toxicity is a clear line—go over the dose threshold and a chemical becomes a poison, but minimal exposure is considered safe. This line is not so clear with EDCs. Endocrine disrupting effects are more subtle and varied than a typical toxic reaction, but over time and with persistent exposure, real problems can result, such as obesity, low thyroid and adrenal function, infertility, diabetes, and hyperglycemia.

To assess a chemical’s endocrine disrupting ability, Dr. Skakkebaek and his colleagues focused their attention on calcium ion channels that control sperm motility.

Exposure to EDCs was found to widen these channels and increase calcium levels in sperm. The result was a clear interference with fundamental physical and chemical cues: a change in swimming behavior and a decreased sensitivity to progesterone and prostaglandins—two important hormones released by cells surrounding the egg.

Based on these observations, researchers wrote that “EDCs in reproductive fluids might disturb the precisely coordinated sequence of events underlying fertilization.”

Their work suggests that EDCs may confuse sperm, leading them to the wrong place at the wrong time, hindering navigation toward the egg and hampering penetration into the protective egg coat.

This study was supported by the German Research Foundation, the Danish National Advanced Technology Foundation, and the Danish Environmental Protection Agency. According to a statement from study leader Timo Strünker, from the Center of Advanced European Studies and Research in Germany, the work provides enough “scientific evidence to assist forming international rules and practices.”

Researchers still want a better look at EDC concentrations in semen and in the fluids found in the passageways leading to the ovaries “to strengthen and extend” their conclusions. Other scientists suggest that the effect of EDCs may be even more pronounced inside the complex environment of the human body.

Among the list of sperm-warping chemicals detected were 4-methylbenzylidene camphor, an ultraviolet filter used in some sunscreens, and the ubiquitous Triclosan, found in soaps, deodorants, toothpastes, cosmetics, fabrics, and toys.

Several animal studies have already shown that Triclosan interferes with hormones related to the brain, thyroid, and reproductive system, but regulators have been slow to act. In 1978, the U.S. Food and Drug Administration (FDA) considered removing Triclosan from some products, but use of the chemical only increased.

Until recently, the FDA did not consider Triclosan hazardous to humans, but growing concern regarding the chemical prompted the FDA to take another look.

According to a December 2013 statement, the agency announced that in light of new data, Triclosan not only contributes to bacterial resistance, but may also “have unanticipated hormonal effects that are of concern to FDA,” and the agency has proposed a rule requiring manufacturers to provide more substantial data to demonstrate the safety and effectiveness of antibacterial soaps.

In the interest of stricter rules, Minnesota recently passed a law banning most retail hygiene products that contain the chemical. Other states are expected to follow suit, and several companies say they will voluntarily remove Triclosan.