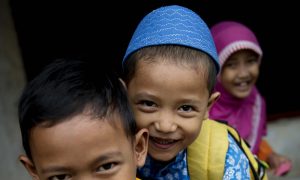 You Might Not Know It, but You're Happy and Your Language Shows It
0
Share Now
TelegramFacebookTweetEmailTellMeWeReddit
Copy Link 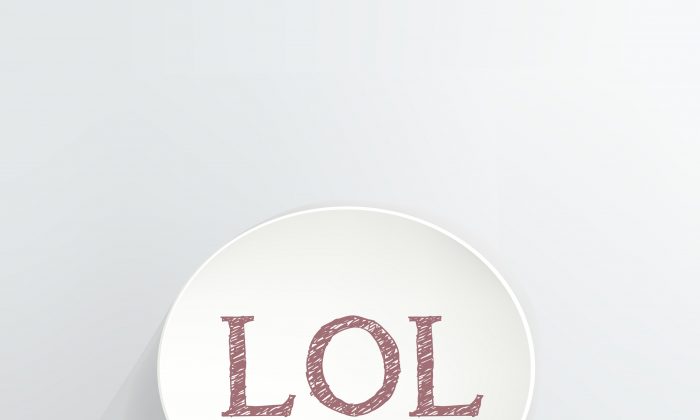 From “Ha!” to “LOL,” laughter in text can take on a number of forms and meanings. (Evimerusa/iStock)
Life & Tradition

How Do You Haha? LOL Through the Ages

Laughter is uniquely human. Sometimes deliberate, sometimes uncontrollable, we laugh out loud to signal our reaction to a range of occurrences, whether it’s a response to a joke we hear, an awkward encounter or an anxious situation. The way we laugh is, according to anthropologist Munro S Edmonson, a “signal of individuality.”

And an outburst of laughter is an important enough part of communication that we represent it in text.

In a recent The New Yorker article, Sarah Larson wrote about laughter in internet-based communication – the use of hahaha and hehehe, even the jovial hohoho.

Larson writes, “The terms of e-laughter – ‘ha ha,’ ‘ho ho,’ ‘hee hee,’ ‘heh’ – are implicitly understood by just about everybody. But, in recent years, there’s been an increasingly popular newcomer: ‘hehe.'”

However, even before texting and online chatting, textual representations of laughter – most of which have onomatopoeic forms – have appeared in writing since Chaucer’s time.

Like all language, it has merely evolved with our culture and adapted to new technology, becoming in the process far more nuanced – much like the true “spoken” laughter it’s intended to represent.

A Brief History of Laughter

As Tagliamonte shows, hehe is not exactly a new invention: it appears in a Latin grammar book written by Ælfric of Eynsham in about 1000 AD. Haha appears in Chaucer 300 years later, while ha, ha, he can be found in the works of Shakespeare.

Using Google’s Ngram Viewer, which allows users to search for words and phrases in all of the books that Google has scanned, it is evident that hehe – along with haha and hoho – has been in use for quite some time.

If you look closely at the examples from this search, you’ll see a number of misreads of the text by the search function (for example, hehe is often confused with the name of the Greek goddess Hebe). However, you’ll also see texts from plays and scripts, along with dialogue in novels and even dictionaries of other spoken languages. All of these representations of laughter are connected to words being spoken out loud.

The Evolution of LOL

Words like haha and hehe have traditionally been used to represent actual laughter in text, whether in response to a joke or to indicate nervousness or awkwardness.

Only in recent years have various acronyms arisen to represent laughter in text. From ROFL (Rolls On Floor Laughing) to LMAO (Laughing My Ass Off) – and, of course, LOL – these acronyms have become increasingly popular as internet and online conversation has proliferated.

LOL is perhaps the most ubiquitous of these acronyms. According to linguist Ben Zimmer, the first recorded use of LOL is from the May 1989 edition of the FidoNews Newsletter (though some have disputed this).

Almost everyone who has typed these acronyms knows that don’t always represent physical laughter. As linguist David Crystal asked in his 2006 book Language and the Internet, “How many people are actually ‘laughing out loud’ when they send LOL?”

Not many. In one study of online teen language, researchers found that LOL is “used by our participants in the flow of conversation as a signal of interlocutor involvement, just as one might say mm-hm in the course of a conversation.”

And another linguist, John McWhorter, pointed out that LOL has changed from indicating real laughter to a signal of “basic empathy between testers” – in other words, a sign that you have read and acknowledged the message. It’s also a way to interject a bit of a casual flair to a conversation, much in the same way we might use a short laugh or a nod in face-to-face conversation.

So LOL – just like some of the basic laughs that it represents – doesn’t really mean any one thing in particular, but rather displays the speaker’s (or typer’s) attitude. In a sense, LOL works much in the same way emoticons and emoji do: when people send a smiley face, they may not actually be smiling; they simply want to convey that they’re feeling happy.

Just like the many variations of emoticons and emojis, so too are there many flavors of lol: the emphatic lololol, the sarcastic lolz and even lulz-seeking internet trolls.

Laughter Signals Individuality in Text, Too

What about haha, hehe, and hoho in our e-language? Returning to the online teen language study, researchers found that haha was the most widely used representation of laughter after LOL on instant message.

Hehe was the third most widely used form – and this one, they say, represented giggling. But what may be new are the connotations that hehe has taken on to differentiate itself from its competitors, haha and hoho.

For example, the users of hehe interviewed in The New Yorker article agree on the giggling aspect of hehe, but vary in whether they view it as friendly or conspiratorial: it all depends on how many E‘s the word has.

Clearly, the connotations associated with each form seem to be as unique as the people using them. These variations give all the more support to Edmonson’s assertion from 1987 that our laughter is a sign of our individuality – even in text.

Lauren Collister is Electronics Publications Associate at University of Pittsburgh. This article was originally published on The Conversation. Read the original article.