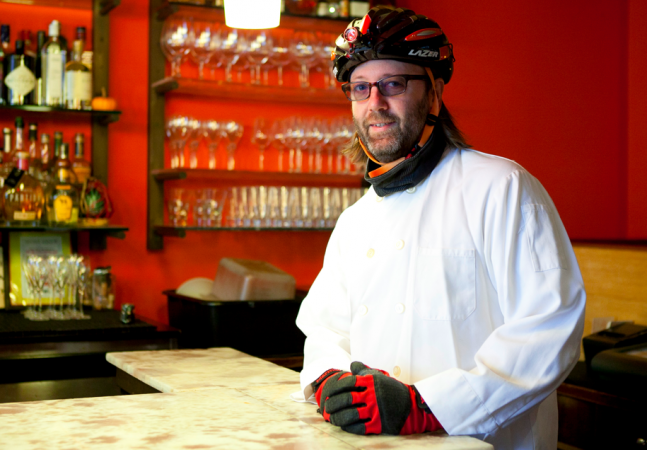 Discover the secrets behind how top chefs stay fit
BY Channaly Oum
TIMEOctober 8, 2018

Chef Wylie Dufresne describes the injuries he has sustained over 30 years in food industry (he’s now 43 and started at 11), it sounds like a medical chart rundown: plantar fasciitis in the feet, knees slowly giving out; hip problems; tearing both hamstrings (due to an injury while playing softball but exacerbated by the tightness in his legs, he said); tightness in his lower back, from 20 years spent hunched over; a herniated disk in his back; shoulder surgery; neck problems; with the most chronic injuries in both his forearms, tennis elbow and golfer’s elbow.

He says he is at one end of the spectrum in terms of the number of injuries, but that sustaining chronic injuries is not unusual for any chef who’s been in the industry by the time they’ve spent 20 years working.

Finding the time to carve out for chefs is extremely hard, said Dufresne’s physical therapist Karena Wu, who has been treating him since 2004, once a week for maintenance, but more often as injuries call for it.

More often than not, the first thing she knows that chef clients do at the end of their shift, late a night, is to get a drink. “It’s like a snowball effect. You’ve worked 12 to 14 hours, which is a really long shift and you have a cocktail, which depresses your system.”

It doesn’t do anything positive for the body, she said, except to provide a brief break mentally. “It’s not going to help motivate you in the morning to go for a run and stretch or do some strength training before you start your shift again.”

For Dufresne, it’s only been recently, with marriage and parenthood of children ages 1 and 4, that he’s tried to find a balance, and he strives to stay fit so he can be as healthy as possible—working out and biking to work— when he does get to spend time with his family. “It’s when I’m running after a 4-year-old and I’m not winded that I see the value of [fitness].”

Before that, the usual routine of working all day and then going out eating and drinking and going to sleep worked well for him. “That’s all you do for many, many years and you do that very happily.”

When he does get some time off just to himself, he unwinds by going to the movies, which enables him to sit in the dark and not think of many things, he said.

“As you get older and you have a family it gets harder to find those moments. But is also gets more important. It’s about balance but for me, when I’m not working I want to spend as much time as I can with my family. That’s restorative as well.” 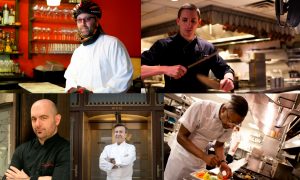