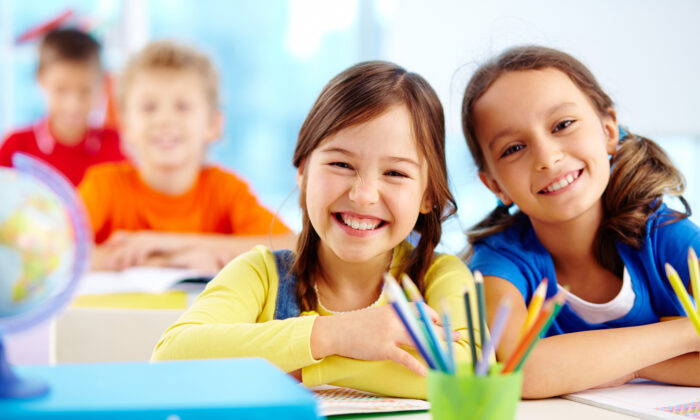 What does education actually mean, and what should its end result be? (Pressmaster/Shutterstock)
Traditional Culture

How Can We Best Educate Our Children?

Parents and all right-minded people want the best for children, and one important aspect of considering what is best for them is contemplating their education.

What is the process by which they become “educated”—what does having an “education” mean? It is not enough, I think, just to select the “best” school we intend to send them to; we have to think deeper than this, because the “best” school isn’t necessarily best for your particular child. Indeed, we see this clearly when parents with more than one child make different decisions for each one.

Furthermore, “best” can so often mean not very much. It may mean simply the most expensive or exclusive, if we go privately, or it may mean, if we go publicly, the most popular or most visibly branded school, with reputation hinging on, perhaps, just one sole factor such as examination results.

The idea that just because we pass lots of examinations means that we are educated should make all thoughtful individuals wince. Surely true education is much more than simply carving out a career in a narrow field by passing increasingly arduous sets of exams!

This then takes us back to first principles. What do we want education to achieve? What would it look like if our children were educated? And—what this article is about—can we learn anything from the past, and in particular from the ancient Greeks?

The Ancient Greeks on Education

I think we can. Let’s explore three simple ideas that come from Plato. I say simple, but this is not a derogatory term. As Irish poet and playwright Oscar Wilde said, “I’m a man of simple tastes, I’m always satisfied with the best”; and as business expert Donald G. Krause said more seriously in his book “The Way of the Leader,” “Only what is simple can produce outstanding success.” It’s interesting that this quotation comes from a book on leadership, because the etymology of “education” is from a Latin word meaning “to lead forth.” Children are not going to accidentally become “educated” or spontaneously pop up as mature adults; they need to be led there.

But to return to Plato, what are the three simple ideas he has, or more exactly, what ideas do Socrates, Plato and Aristotle share? According to traditional ornamental plasterer Patrick Webb, they laid the foundation for 2,400 years of philosophic inquiry, and “their provisional conclusion was that the Good, True, and the Beautiful at the highest actualisation of ultimate reality was indistinguishable as an unity: the One. And love is the force that draws us towards it.”

There has been much development since then on these topics, but the fact is, on the face of it, we can all understand the good, the true, and the beautiful, and this relates to education and what we want for our children.

The True, the Good, the Beautiful

But we may be asking, yes, but what are the good, the true, and the beautiful? And how does that relate to the institutions of learning to which we may or may not wish our children to attend?

Ultimately, as Webb noted, these three ideas are one—an indistinguishable unity. That is to say, when we see one operating, usually all three simultaneously operate. Where we have one, we tend to find the others.

If we remove ourselves from the realm of theoretical abstractions (philosophy proper) and just consider how these ideas play out practically, which is in real human beings, what do we find? We find that when a person is good or acts on their perception of goodness, there’s a behavior that manifests it. We invariably note that doing something good also tends to exhibit the qualities of truthfulness—the true—and also becomes in itself beautiful.

If we consider the good actions of people like St. Francis of Assisi or Mother Teresa, we’re struck by both their truth and honesty in doing what they committed to do, and also a certain beauty—often via its simplicity and immediacy—that emerges from their behavior.

What I’m getting at is that ultimately what we want for our children is an education that helps lead them (and us, of course, since parents are an essential part of this process) to behaviors that are consistently good, true, and beautiful. And the word for this is very old-fashioned: We want an education that leads to the development of character, real character.

Despite this, however, when we consider where to send our children, the question becomes: Does this institution focus on, promote, and truly commit to the development of character in its students? How would we know this? Their mission statements? Hardly—they’re two a penny!

Look for perhaps three things. Like always attracts like, hence the expression “birds of a feather flock together,” so step one is not to focus on examination results but on the reputation and standing of the teachers and professors themselves, especially their principal. After all, we’re not going to get character development in our children from people who have little character themselves.

Discovering whether faculty have character means digging a bit deeper than simply reviewing their academic qualifications in the institution’s handbook. What good are they doing beyond what they are paid to do? What truth do they stand for, and what’s beautiful in their lives? Often we learn what’s beautiful by knowing what their hobbies or passions are. Fortunately, with social media being what it is nowadays, it’s not difficult to find a lot of information about individuals that they themselves have put in the public domain.

The second step is a close examination of the curriculum on offer. Clearly, this is where the institution’s real priorities become apparent. Two things here are, I think, really important. First, balance: This almost certainly means ensuring that the humanities and arts are not underplayed and rendered subservient to science, technology, and generally utilitarian subjects.

What I am getting at is the centrality of the imagination in a curriculum that is going to develop character and characters. Imagination—once sparked—leads to the most astonishing results. Again, David Brooks: “When you go to a school, it should offer you new things to love. … We don’t become better because we acquire new information. We become better because we acquire better loves.”

And this love begins in our imagination. Indeed, how many of us can truly say we loved a particular subject or discipline ever since a great teacher first taught us and inspired our imagination about it?

Finally, the third step to look for is the results of the work of the institution over time. How do we evaluate this? The alumni! What do these former students look like? What former students does the institution hold up as being typical of their processes? We need here to look beyond the merely famous former alumni—merely being famous or rich or powerful is not itself necessarily an example of goodness, truth, and beauty. But who are their exemplars? You’d expect, wouldn’t you, some results after years of toil in the educational fields?

Remember, in undertaking this search, you are engaging in something of real and material benefit to society. For, as civil rights activist Rustin Bayard said, “The only way to reduce ugliness in the world is to reduce it in yourself.” This is exactly what focusing on character—and the good, the true, and the beautiful—helps us to do.