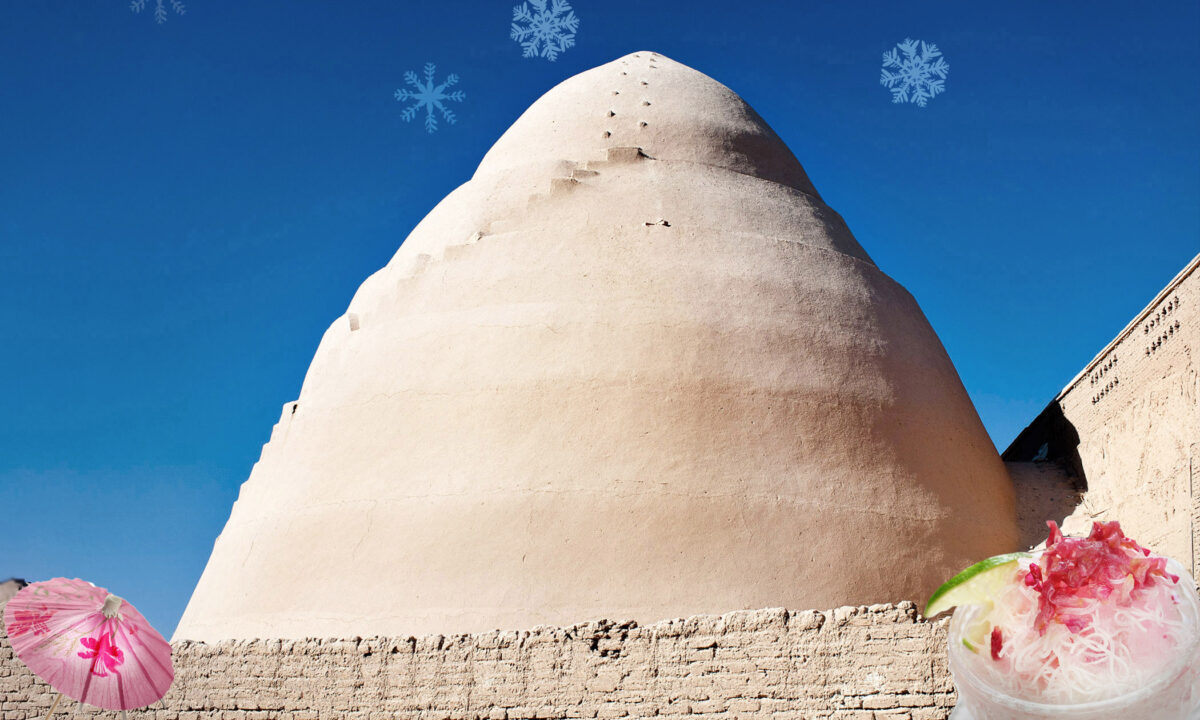 How Ancient Persians Used a ‘Refrigerator’ Called a Yakhchāl to Stay Cool in the Hot Desert 2,400 Years Ago

Figuring out how to stay cool is probably the least of your worries lately—though there’s solace in knowing summer season’s right around the corner.

In a few months, when it heats up, you’ll likely be begging for the frost you’re now scraping off your windshield. But, while AC and refrigeration will be at our fingertips when the mugginess gets too much, did you ever wonder how people in the past chilled out when the weather got too hot?

It’s tempting to imagine our ancient ancestors being technologically unsophisticated and backwards, but that simply wasn’t the case; as far back as 400 B.C., even in the scorching desserts of Persia (modern Iran), industrious humans figured out how to harness the cold via ingenious architecture and simple materials to create massive refrigeration units called yakhchāls—which literally means “ice pit.”

While you may fancy sipping hot chocolate in the cold winter now, in a few months you might rather reach for a cold one from the fridge. In the days of yakhchāls, like communal refrigeration amenities, locals would store food, drinks, and other perishables in there to preserve them—faloodeh, a traditional Persian frozen dessert, for example, would help people chill out on hot summer days.

What else did yakhchāls do? Like ancient AC, they even sometimes helped keep buildings cool.

So, how did these structures manage to keep all that ice from melting?

This has to do with how temperatures rise in the day and drop at night in desert climates—desert nights often fall below freezing, and this cold was harnessed. Canals channeled water into a shallow freshwater pond (called a qanat) near the yakhchāl. This was shielded from evaporation from the sun by a wall structure providing shade. Once the water froze during the night, it was then harvested and deposited into the yakhchāl’s pit. In some regions, ice would be shipped in from the mountains to keep the ancient fridge crisp.

The 129 yakhchāls still remaining in Iran typically showcase large, cone-shaped adobe domes, up to 60 feet high and as much as one meter thick at the base. Vents, sometimes located at the bottom, allowed cooler air to flow in with warmer air exiting from a central hole at the top—which also let in light for community members or workers inside to see. Interestingly, the adobe material of the dome consisted of a heat resistant sand, clay, egg white, lime, goat hair, and ash mixture. It’s believed the domes were also once covered with a thick straw thatch insulation layer, which dramatically helped resist the sun’s rays.

The domes housed pits as deep as 25 feet where the ice would be stored and kept cool below ground level. Researchers believe that winter months would have reduced temperatures of surrounding packed earth material enough to dampen the warmer months and the summer. This seasonal buffering of fluctuating temperatures allowed the yakhchāl to keep its chill year round.

While the modern convenience of accessing AC with the flip of a switch is handy—our powered refrigeration units and polystyrene insulation materials making keeping cool a breeze—it’s awe-inspiring seeing how our predecessors did this without electric sockets or power—totally off the grid! Today, researchers of architecture are studying how engineers of old harnessed the elements with such genius.