Houston Audience Tells of Depth in Beauty of Shen Yun 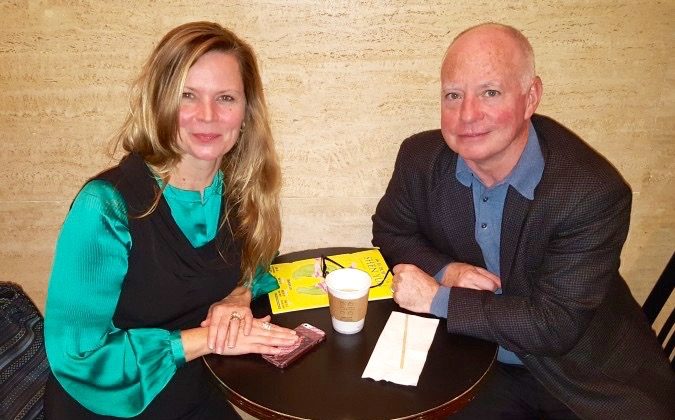 HOUSTON—As the year winds down to the end, Houston is papered with colorful advertisements announcing the return of Shen Yun Performing Arts. The beauty and artistry, the vivid color and costume are what initially draw audience members’ attention, many said at the Jones Hall for the Performing Arts on Dec. 26, but what they loved most was a deeper meaning present in the art.

Of course, it is beautiful, said gift designer Liz Byrne, but beyond that she was  pleasantly surprised that New York-based Shen Yun raised awareness of what she recognized as a human rights issue. “It’s great, it’s very positive,” she said.

Bill Byrne, an assistant director at the Department of Homeland Security, said he loved the “the human rights history that they’re open to talk about.”

What the Byrnes were referring to was the fact that the culture Shen Yun presents was once nearly destroyed.

The performing arts company was formed in 2006 with the mission of reviving 5,000 years of traditional Chinese culture. China was once known as the Celestial Empire, and its culture believed to be divinely imparted, with principles that come from Taoism, Confucianism, and Buddhism.

But when communism took power in China over 60 years ago, it actively launched campaigns to uproot these traditions, as the communist Chinese party’s doctrine is strictly atheist. Forms like the classical Chinese dance Shen Yun performs, or the philosophical lyrics sung by the bel canto vocal soloists, cannot be experienced in its purest form in China today.

“It’s great to do that in any culture, to be able to hear it, see it, and enjoy it. They try to preserve it,” Mrs. Byrne said.

Aurelio and Dianna Navarros saw Shen Yun for the first time Saturday afternoon and said they were most affected by the spiritual aspect of the performance.

“I just like the connection there, that they’re making to the spiritual theme,” Mr. Navarros said. He saw it in the stories, in the dance, in song and lyrics. It was in the movements as well, Mrs. Navarros said. “Every single movement means something. It’s really something.”

It’s even in Shen Yun’s name itself, Mr. Navarros said; Shen Yun, which translates as something close to “the beauty of divine beings dancing.”

For Mrs. Navarro, the connection to spiritual themes was so touching because they were ideas she believes herself. “It let me know that I’m not the only one that thinks that,” she said. She was gratified to learn how similar very different cultures are.