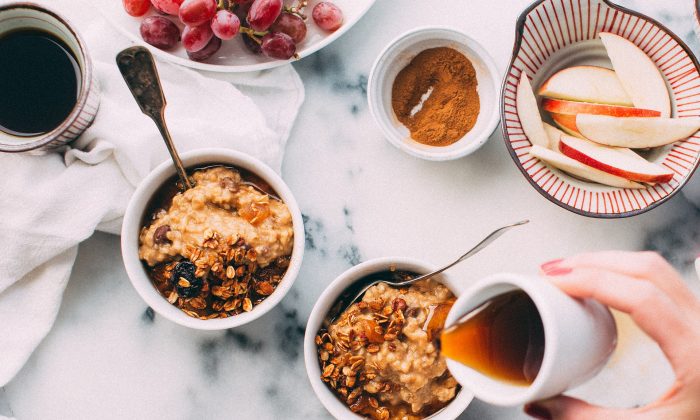 Honey is appreciated the world over as one of nature’s most delicious foods, but did you know it may have potent anti-flu properties as well?

A study published in the Archives of Medical Research, titled “Anti-Influenza Viral Effects of Honey In Vitro: Potent High Activity of Manuka Honey,” reveals that honey may actually provide a natural drug alternative to anti-flu drugs, but without the notorious side effects associated with this drug class.

The anti-influenza effects of the honey samples were evaluated by growing MDCK cells in 48-well plates and infecting them with influenza virus in the presence of two-fold serially diluted honey samples. Two days after infection, the cells were fixed and stained in order to ascertain the degree to which they prevented the cytopathic effect (that is, the degree to which infection caused the cells to die and detach from the plate) of influenza virus.

The study also tested whether manuka honey is able to directly inhibit influenza virus growth through what is known as the plaque inhibition assay, as determined through the following four methods:

The most potent effect was exhibited with pretreatment of the virus itself, indicating manuka has potent virus-killing properties. Moderate reductions in plaque numbers were observed in cells treated with the honey during and after infection. The only method that did not demonstrate a growth inhibition was the pretreatment of cells.

The study also looked at manuka honey’s synergistic properties in combination with conventional anti-viral drugs in the neuraminidase inhibitor class, such as Relenza (zanamivir) and Tamiflu (oseltamivir phosphate).

The researchers said, “A combined use of synergistically active anti-viral compounds that have different mechanisms of action may provide advantages over single-agent treatments.”

The plaque-inhibition assay protocol was reproduced, but this time the drugs were added to the honey mixture, with the result that manuka significantly increased the anti-viral effectiveness of both drug compounds.

How Honey Works and Further Implications

In the discussion section of the paper, the researchers pointed out that the anti-viral activities of the honeys tested are likely attributable in some part to the presence of a wide range of phytochemicals contained within them, especially phenolic acids and flavonoids.

Independent research has already confirmed the anti-microbial properties of rutin and chrysin, which are found in relevant concentrations in most buckwheat and acacia honeys. Manuka honey, on the other hand, contains a compound known as methylglyoxal, which is found at concentrations 20 to 160 times higher than in any other honey yet tested and which has already been verified to have antiviral properties in foot-and-mouth disease virus.

The study authors commented that we live in a time when there is an urgent need for new anti-influenza medicines. They pointed out that, in Japan, Tamiflu-resistant flu increased from 2.6 percent in 2007–2008 to over 99 percent in 2008–2009, illustrating a disturbing trend of increased drug resistance.

The authors point out that “because compounds or plant extracts that exhibit virucidal activity have broad spectrum, it is possible that the virucidal activity of manuka honey is effective against H5N1 and H7N9 viruses,” which are considered highly pathogenic viruses.

The researchers concluded their study on a promising note:

“In conclusion, the results obtained showed that honey, in general, and particularly manuka honey, has potent inhibitory activity against influenza virus, demonstrating a possible medicinal value. Further investigations are required to identify the active antiviral components in manuka honey and to determine its synergistic effects with known antiviral drugs.”

This study is one of hundreds in existence today on the potential role of natural compounds in preventing infection by influenza. A few highlighted interventions include the following:

Finally, it should be pointed out that natural alternatives like honey are not just nice “adjunctive” treatments for influenza to help the drugs work better.

And, while it may be tempting to look at honey as some new drug or “nutraceutical,” it is simply a food. This means incorporating it into one’s daily nutritional regimen, especially as an alternative to sugar, may help you to ward off infection and disease without your ever knowing that it is providing you enhanced protection in the first place.

Is Honey Healthier Than Sugar?