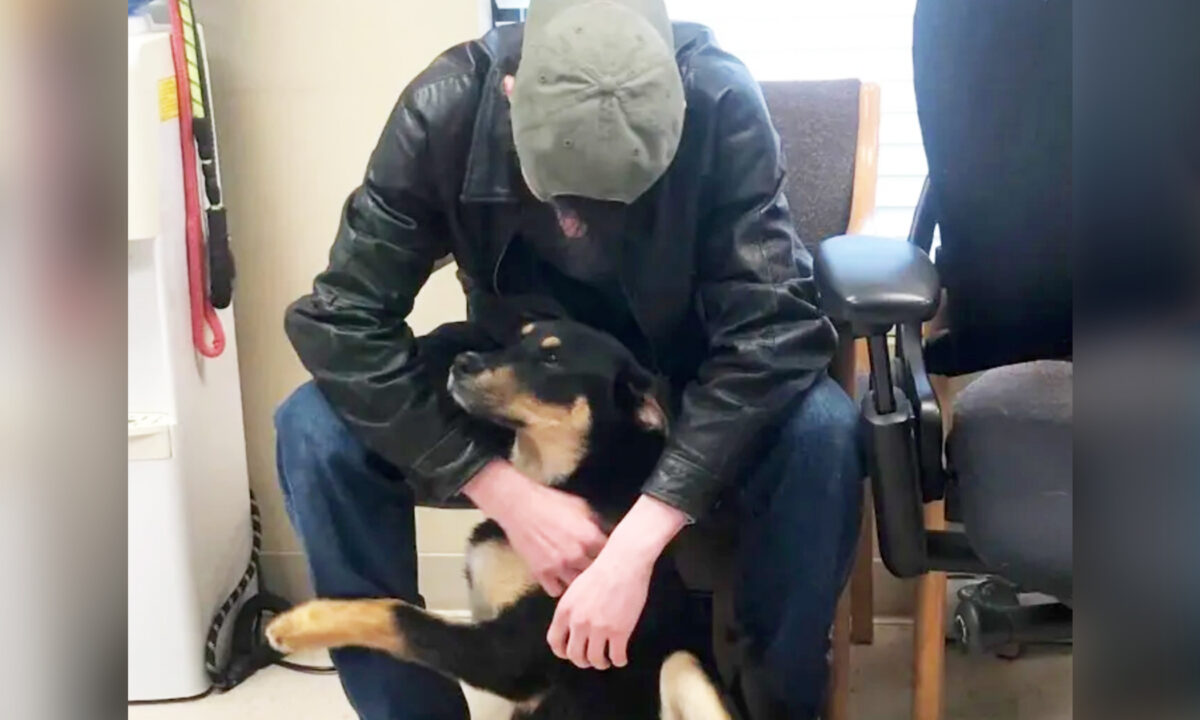 A homeless teenager living under a bridge who surrendered his puppy to an animal shelter has been reunited with his beloved dog since receiving help from the community.

Kris Robinson, interim director at Senatobia-Tate County Animal Shelter in Mississippi, was present when the teen gave up his dog on April 5, 2022. Seeing him approach the shelter with his dog, who wasn’t on a leash but just followed him, she braced herself, knowing the shelter was full.

“It was a sunny day; we were cleaning kennels and taking care of the many dogs we have,” Robinson told The Epoch Times. “We don’t often have people walk to the shelter, as it’s outside the city just a bit and out of the way.”

The teen, whom Robinson did not name, told his dog, Jada, to “stay outside.” Jada sat down while he entered the office and told Robinson that he was unable to take care of her anymore.

“I said, ‘Buddy, we are so full, we don’t have any open kennels, tell me what’s going on,'” Robinson recalled. “He said, ‘Well, I’m homeless and I am worried about her being safe. I leave the bridge I’m staying at to look for work, and I hope she’ll be there when I get back.'”

The teen “didn’t seem to want to talk” about his situation, said Robinson, but explained that he had owned the roughly 5-month-old pup since she was small. On learning this, Robinson just couldn’t turn him down. He then filled out a form with some of his details and left Jada behind.

“I was struck by this young man’s character,” said Robinson. “He left a plastic bag in the office of her food. I later looked at it, and saw that there were more, smaller plastic bags in there. Each bag had the same amount of food in it and each bag was tied.”

This thoughtful action of the teen brought tears to Robinson’s eyes; he’d parceled out Jada’s food to see how many meals she was left with before he had to get her more.

Robinson commented that the teen had a “beautiful heart.”

Before leaving the animal shelter, the teen asked if he could visit Jada, and perhaps say goodbye if she was adopted. In the meantime, he told Robinson that he wanted to save for a car and return for Jada if he could.

After this encounter, Robinson shared the teen and Jada’s story on Facebook, and the post blew up with offers to adopt the puppy and help the teen get back on his feet. The shelter had decided to keep Jada until they could reconnect her with the teen and till he got some help.

Fortunately, the kindhearted teen was taken in by a local family and they also agreed to host Jada.

On April 8, the teen came to pick up Jada at the shelter.

“It was pretty cute,” said Robinson. “She ran to him and jumped up and kissed his face all over; he was all smiles. They took her that day to where he was staying. We paid for her to be spayed, with donations that some kindhearted people sent in.”

The teen was also identified by his mother, who recognized him from footage of his reunion with Jada. Allegedly, the teen had run away from home and had been missing for a year.

The woman told WREG: “I started crying. I wish he would come home … he didn’t think he should have to be grounded for something he had done. He thought he was grown and he could do it on his own.”

The Senatobia Police Department announced that they had safely located the 17-year-old with the help of community members, as reported by WREG. Robinson, who never spoke to the teen’s mother, said he’d left home of his own volition and was fearful of going home.

“He was able to make his own decisions, and did not want to return. The authorities were okay with that,” she told The Epoch Times, adding, “I know that he is on track, and getting help to finish high school and begin college courses. He is working, and he is welcome to stay with the family he is with for as long as he likes.”

Robinson commended the teen for putting his puppy’s safety first, when so many adults in the area think nothing of dumping a dog.

“It’s a sad reality of the south where so many people don’t take care of animals, or spay and neuter; it’s too expensive for many people,” she said. “But this young man made sure [Jada] was taken care of.”