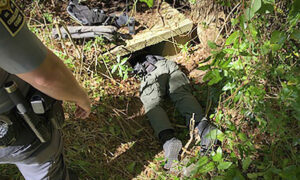 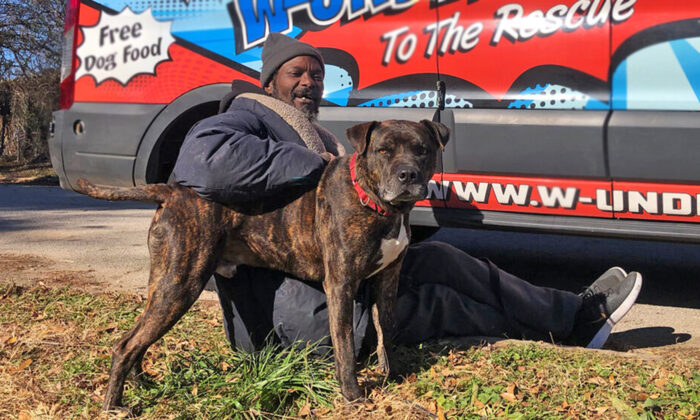 An Atlanta homeless man risked his life to save all the animals of a local shelter after it caught fire.

Running into the blaze, Keith Walker, 53, saved all the animals, six dogs and 10 cats, by carrying them to safety.

Gracie Hamlin, the founder of the W-Underdogs shelter in Atlanta, Georgia, calls Walker her guardian angel.

Hamlin told CNN that on Dec. 18, Walker was inside the building “pulling out the cats and dogs until they were all safe.”

“I can’t thank [Walker] enough for saving my animals,” Hamlin said. “I’m still in disbelief, because I’ve been around a fire and I know how fast they flare up. He is my hero.”

Walker, who has been homeless since the age of 13, admitted feeling fearful of the billowing smoke.

“God put me there to save those animals,” Walker said.

“My dog is my best friend, and I wouldn’t be here without him, so I knew I had to save all those other dogs,” he added.

Hamlin, whose shelter works with at-risk youth to promote empathy and compassion, had been allowing Walker to board his dog, a pit bull named Bravo, on the premises.

Walker was collecting Bravo for a walk when he spotted the fire.

According to a W-Underdogs post on Facebook, the origin of the fire was electrical. While the shelter was not destroyed, the damage rendered the site uninhabitable.

“In the midst of our misfortune we rest tonight with nothing but gratitude for the community that continuously supports us,” she wrote.

As luck would have it, all 16 animals were scheduled to move to a new facility, elsewhere in Atlanta, at Christmas. A number of volunteers helped transfer the dogs and cats from the burnt-out shelter to the new facility ahead of schedule.

Thanks to Walker’s immense bravery, W-Underdogs’ residents are “happy, warm, safe, and comfortable” in their new abode.

The unprecedented early relocation, however, left W-Underdogs in dire need of animal care and cleaning supplies.

Hamlin said Walker is refusing all offers of help, but the W-Underdogs family is determined to find a way to repay his bravery.

“He is a vital part of our community,” she updated on the fundraising page, “and we will continue to work with him so he is appropriately rewarded for his selfless efforts.”