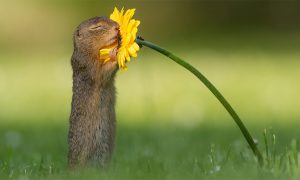 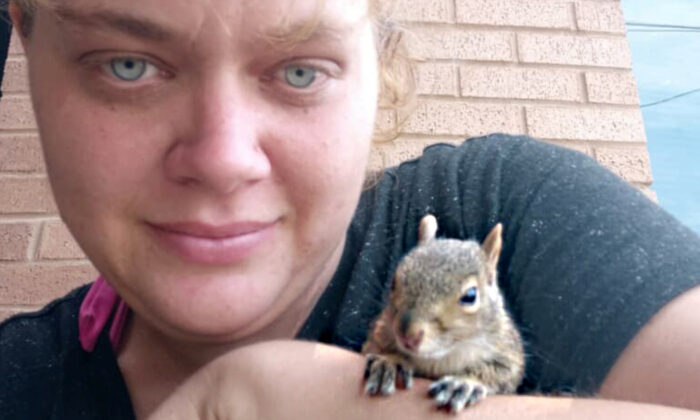 A homeless couple in downtown Columbia, South Carolina, went out of their way to help when they spotted a baby squirrel in distress.

Tabitha Aldrich and her partner, Cory, noticed a lone squirrel about to get hit by a car when they sprang into action. Tabitha retrieved it from the street in the nick of time and carried it to the city’s Memorial Park.

“We tried to release him here. … but he just kept on following us,” Aldrich, who says she has been homeless for eight years, told WACH.

Aldrich gave the tiny squirrel a powerful moniker, “Rocky,” and shared what little food she had to keep his strength up. She then used her own cell phone credit to call Squirreltopia Wildlife Rescue, a local group, for help.

Aldrich admitted feeling “heartbroken” to part with Rocky but knew that she didn’t have what he needed. “It makes me feel good that I was able to help Rocky out,” she reasoned.

She spoke to Squirreltopia’s Laura Ross on the phone, who claimed that Aldrich had done the right thing.

“They shared bits of their honey bun with him to keep him alive,” Ross explained. “Between the sugar and the carbs, it was enough to keep him up until I could get there.”

By nature, wild baby animals are afraid of humans and don’t approach people unless something is wrong. “If they are walking up to us, they are starving to death,” said Ross.

In Ross’s care, Rocky has gone from strength to strength. The homeless couple, Ross regaled, even called to check on his welfare.

“I think that is phenomenal,” she said.

Ross was so touched by the couple’s selflessness that she decided to pay it forward. Or, in this case, pay it right back. She set up a GoFundMe page, hoping to raise enough money to give Aldrich and her partner a “leg up.”

“There were 1,000 other things they could’ve been doing,” Ross reflected, speaking to WACH, “but they weren’t. They were saving a little squirrel.”

On Oct. 13, Ross shared an update on Rocky’s progress. “Rock-Star is so active that it’s getting hard to get pics of him,” she said. “He’s growing up, getting big boy features, a big boy coat, and starting to get a little territorial as squirrels do.”

The squirrel will be released as soon as he is strong enough to be by himself. However, without a doubt, with a name like Rocky, he’ll be ready in no time.