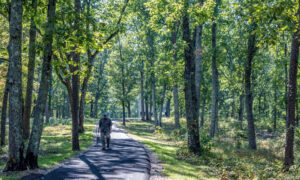 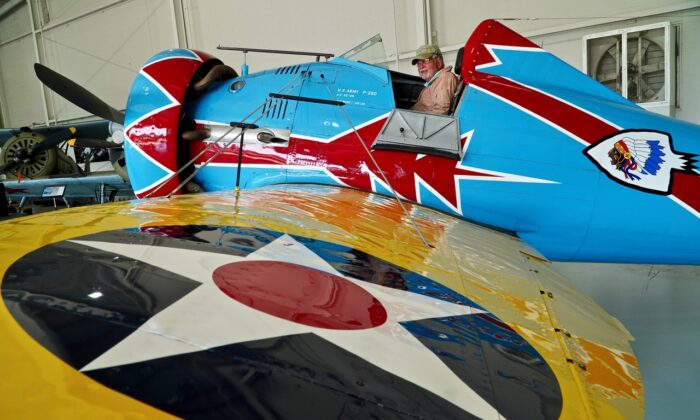 Rachael Dymski
Rachael Dymski is an author, florist, and mom to two little girls. She’s currently writing a novel about the German occupation of the Channel Islands and blogs on her website, RachaelDymski.com
View profile
Follow
biggersmaller
Print

I stood outside the Military Aviation Museum in the cool breeze, holding my daughter in my arms as the Spitfire and Hurricane engines roared.

“Airplane! Look!” My daughter squealed over the noise of the propellers of the World War II military aircraft. Because the weather was so windy, the working military planes were not going to fly, but the presence of these aircraft was an impressive thing to behold.

My grandad’s cousin, George Eric Clifford Genders, nicknamed “Jumbo” because of the size of his ears, was a pilot in the UK’s Royal Air Force during World War II. He flew a Spitfire similar to the one before me. On later missions, flew them stripped down to only two .50-inch machine guns in order to reach an altitude high enough to engage a Luftwaffe Ju.86P, a German plane, generally untouched by Allied forces.

I had heard plenty of stories about the bravery and skill of Jumbo growing up—he once had to bail out of a flailing engine while at sea and spent 21 hours stranded in the water—but I had never seen the airplanes he had flown in person. As I watched the propellers of the Spitfire and Hurricane spin, I noticed how little room there was in the cockpit, and I was able to imagine a little bit better what he did during the war.

The Military Aviation Museum, located in Virginia Beach, offers history and aviation enthusiasts a piece of living history. The museum boasts one of the world’s largest collections of historic planes from the last century, from the Hawker Hurricane, which helped win the Battle of Britain, to the German Messerschmitt, which would have been a serious threat to the Allies had they been produced in mass numbers.

This collection of planes was formed by Gerald and Elaine Yagen, longtime Virginia Beach residents and founders of Tidewater Tech, who began collecting planes in 1994. Today, the collection contains Army and Navy airplanes from both world wars, providing visitors an in-depth look at the development and experimentation involved in the world of aviation. I found it fascinating to compare Allied and Axis aircraft, the strengths and weaknesses found in each.

Our friend Mike, a longtime volunteer at the museum, reached out to me after I wrote an article about my husband’s grandfather and the 306th bombing squadron in Bedford, England. He thought the museum’s newest exhibit, Goxhill Tower, would give my husband some insight into what life was like for his grandfather during the war.

Goxhill was the first British airfield formally transferred to the U.S. Army Air Forces in 1942. One of the hundreds of training bases, Goxhill, located in East Anglia, served as a base for squadron training during the war. Here, squadrons piloting the Spitfire, Thunderbolt, and Mustang would learn to fly and navigate the English weather.

In recent years, Goxhill Tower was transferred to the United States. Visitors to the Aviation museum can explore the Watch Tower (also known as the Control Tower), fully restored. The rooms are laid out with maps and equipment reflecting the way it would have looked during the war. The experience gave my husband a fuller insight into what daily life looked like for his grandfather while he lived at a similar base in Bedford.

The Military Aviation Museum has several upcoming events. Every Saturday from June to September, the museum offers its Summer of Flight. Each week, it showcases aircraft and historical events through lectures and demonstrations. Access to the Summer of Flight is included with admission.

Something for the Kids

Our daughters, then ages 1 and 3, enjoyed the Military Aviation Museum. There is plenty to see and do, as well as space to run around. But their favorite attraction by far was Jerrassic Park, a collection of dinosaur sculptures at the entrance to the museum. While they weaved in and out of sculptures, coming back to us for bites of the cheese and cracker picnic lunch we enjoyed on the grass, my husband and I talked about what a unique opportunity the Military Aviation Museum offers. For the first time, both of us were able to experience, just a little bit better, what our relatives did in the war.

The Military Aviation Museum brings fresh perspective to the stories of the past. Truly, it is a piece of living history.

Rachael Dymski
Follow
Rachael Dymski is an author, florist, and mom to two little girls. She’s currently writing a novel about the German occupation of the Channel Islands and blogs on her website, RachaelDymski.com
TOP NEWS