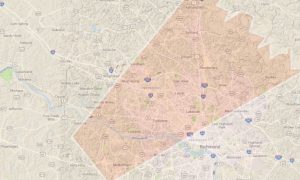 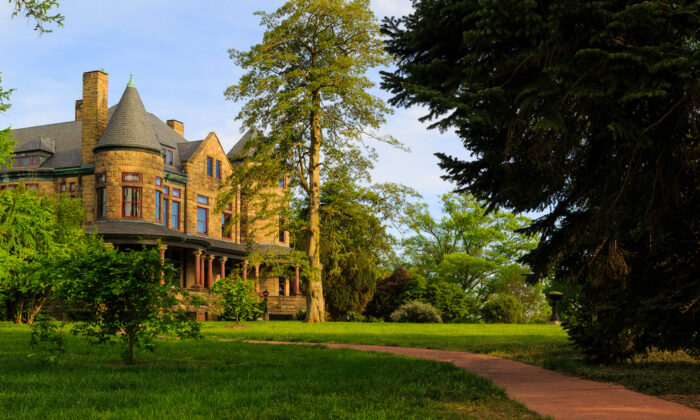 The first time I set foot in Richmond, Virginia, I was an aspiring writer working on a (terrible) novel about a family torn apart by differing loyalties during the Civil War. Newly married, living in Charlottesville, Virginia, I was fascinated by the amount of resources the state of Virginia provided about the war, its background, and the lives of the people who fought in it.

I was in Richmond to visit the American Civil War Museum at Historic Tredegar and the White House of the Confederacy. As a born and raised New Yorker, I had little understanding of the complexities of the war and the tumultuous years that led up to it. I expected to spend the entire day in the museum, head buried in displays and paragraphs of text I could eventually transfer to the backdrop of my book.

Instead, it was Richmond that fascinated me: its picturesque blocks of brick row houses and manicured sidewalks, the looming pillars of the Virginia State Capitol, the canal walk, dotted with markers that tell the story of the 400-year-old city. Richmond was a museum in itself—a city rooted in history, independence, and innovation.

Now the state capital of Virginia, Richmond, located just 120 miles outside of Washington, D.C., has strong ties to both the Revolutionary and Civil War eras. Much of the city was set aflame during the Revolutionary War by the turncoat Benedict Arnold after Virginia Gov. Thomas Jefferson refused to hand over Richmond’s tobacco and military supplies. In retaliation, Jefferson called upon the militia, who beat back Arnold and his men out of Richmond and into Portsmouth.

The Virginia State Capitol, designed by Jefferson in 1785, houses the oldest elected legislative body in the United States: the Virginia General Assembly, known in 1619 as the House of Burgesses. In normal times, this building offers tours to the public, though this service is temporarily closed due to COVID.

Richmond’s role during the Civil War was no less central. The city served as the capital of the Confederate States, and Jefferson Davis and his family lived in what is now known as the White House of the Confederacy from 1861 to 1865. Today, the house is owned and operated by the American Civil War Museum. Visitors can learn in depth about the lives of those who lived and worked in this fleeting capital of the South.

During the fall of Richmond at the end of the Civil War, much of the city was again burned, destroying many historic homes and buildings. Today, Church Hill Historic District holds a glimpse of what the city looked like before the wreckage that came with the end of the war: antebellum houses, as well as St. John’s Episcopal Church, built in 1741, where Patrick Henry famously said, “Give me liberty or give me death.”

The Richmond National Battlefield provides an in-depth look at the last days of the Civil War, where the city was captured by the Union forces in April 1865. Chimborazo Park, nearby, is the site of where the Confederate Chimborazo Hospital, one of the largest military hospitals in the world, once operated.

Today, Richmond is a thriving Southern city, full of charm, history, food, and culture. As a mother traveling with kids who love to run around, I appreciate all the green space. Just outside the city’s center is the Maymont estate, which features a mansion built in the late 1890s, a children’s petting farm, and a 100-acre park. The Lewis Ginter Botanical Garden features 50 acres of gardens to explore, as well as a children’s garden.

It was history that brought me to Richmond the first time; it’s the landmarks and food that keeps me coming back. There is Hollywood Cemetery, which is home to the final resting places of Presidents James Monroe and John Tyler, as well as Gen. J.E.B. Stuart, and countless soldiers.

The Virginia Holocaust Museum is as haunting as it is respectful, and the Poe Museum offers insight into the life of the poet who spent several years living and working in Richmond.

Finally, no visit to Richmond would be complete without a fried crab cake sandwich at Laura Lee’s or coffee at Lamplighter.

I never did finish that first novel—and most days I think, like most writers’ first novels, it’s better in a box than in the light of day. But every time I go back to Richmond, I’m tempted to dust it off and revisit it, if only to give myself an excuse to immerse myself again in the resources the city offers. It’s one thing to be rich in history, quite another to be well-documented about it. Richmond, delightfully, is both.