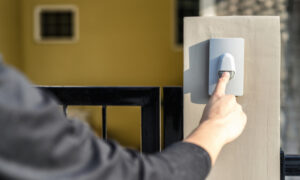 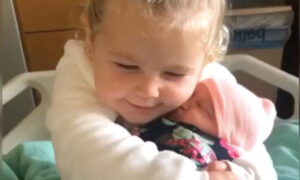 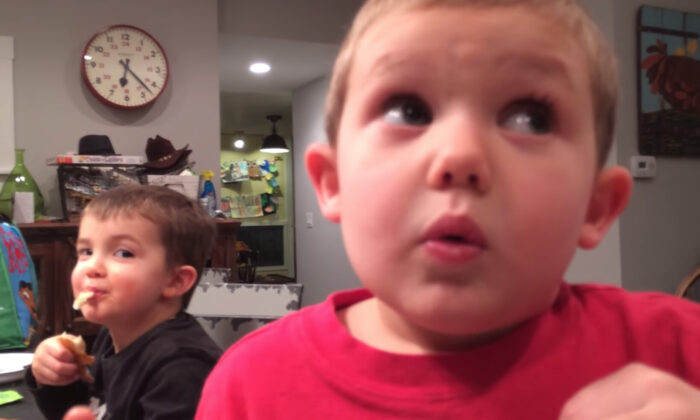 Hilarious Kid Explains to His Dad Why He Doesn’t Want to Get Married: ‘I Would Be Scared!’

A video clip of a young boy explaining to his dad why he doesn’t want to get married is circulating online, and netizens are loving it; the little boy’s logic is purely hilarious.

The boy, while munching on a slice of pizza in his kitchen at home in Massachusetts, tells his father he definitely wants to “be a daddy” one day but is horrified by the prospect of having to kiss a girl at his wedding.

The little boy’s father starts the conversation by asking, “Are you gonna be a protector when you get older?” to which his son replies, “Maybe. But for boys, not girls.”

When the father retorts, asking if his son will “be a protector” when he gets married, the boy responds with indignation. “I’m not gonna be married at all,” he says. “I don’t wanna be married. Are you kidding? I would be scared!”

The boy, then 4, takes a break from chewing on his pizza with a look of trepidation on his face. His dad quizzes him further, and as it turns out, kissing, for this terrified child, is completely out of the question.

“But I thought you wanted to be a daddy?” the boy’s father perseveres, stifling a laugh. “Yeah,” his son trails off, before returning to his pizza slice, thoroughly tangled in a muddle of his own making.

Many viewers who have come across this hilarious conversation have left comments on Facebook, sharing their love for the funny little boy and his matrimonial musings.

“He’s not sure what he wants. He’s hilarious,” wrote one netizen. “Love his innocence,” added another.

While a third one chimed in, “He’s made my day. Made me laugh so much. What a cutie!”

As it turns out, this little conversationalist is not the only child to have strong feelings about marriage. Around the same time as this doting dad’s funny footage of his kid went viral, Good Housekeeping asked 15 children for their thoughts on relationships, and their answers were both sweet and hilarious.

When asked when it’s okay to kiss somebody, Howard, then aged 8, explained his personal rule. “If you kiss someone, then you should marry them and have kids with them,” he said. “It’s the right thing to do.”

He has an idea or two about marriage that we should know…Credit: Jukin Media

When asked how someone can tell if two people are married, Derrick, then aged 8, volunteered, “You might have to guess, based on whether they seem to be yelling at the same kids.”

Kirsten believed that no person really decides who they’re going to marry before they grow up. “God decides it all way before,” she mused, “and you get to find out later who you’re stuck with.”

Meanwhile, Anita believed it’s better for girls to be single than boys. “Boys need someone to clean up after them,” she reasoned.