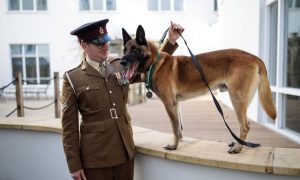 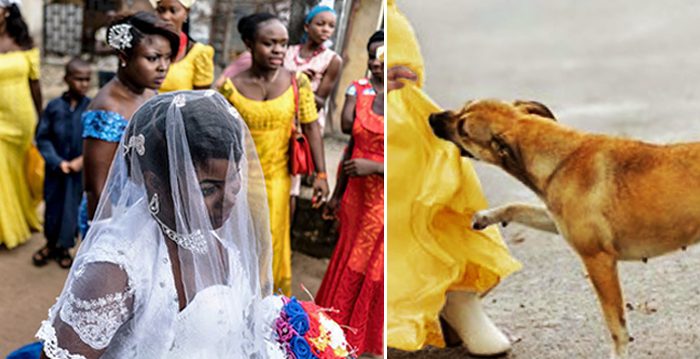 It’s true that dogs have an incredible sense of smell and intuition. A brave and loyal dog was hailed a hero after it started acting in a peculiar manner during a wedding ceremony held in Africa—which led to the saving of many villagers’ lives.

In April 2017, there was great excitement in the village of Belbelo, Nigeria. A couple were celebrating their union in a sacred wedding ceremony, surrounded by beloved friends and family.

Little did they know how close they were to death. A teenage girl, believed to be from Boko Haram—an Islamic terrorist group—unexpectedly appeared and started walking towards the congregation of guests. One of the guests who brought his dog along to the ceremony noticed that his dog started acting uneasily.

In a peculiar turn of events, the dog darted towards the woman, who looked like she was hiding something under her dress. In a minute, the dog was upon her—then the unthinkable happened.

According to the Telegraph, police spokesman Victor Isuku stated, “This forced the suspect to detonate her explosive while battling to wriggle herself from the claws and jaws of the dog.”

The woman was planning to detonate her vest when she got to the middle of the crowd.

Because of the dog’s quick actions, the bomb exploded away from where the guests were celebrating.

According to a report on MailOnline, Boko Haram have been driven out of most towns and villages, which has resulted in them attacking “soft targets” with suicide bombers.

The dog and woman both perished in the explosion. No one else was harmed. What would have been a day of mourning turned out to be a day of thankfulness towards the brave and loyal dog, which died a hero.

When news of the ultimate sacrifice this dog made for all those people was publicized, people praised the dog.

One netizen wrote, “What a sacrifice. RIP and respect to the dog.”

Another wrote, “The beautiful thing about dogs is, even if it knew it was going to die, it would have done it anyway.”

It sacrificed itself for the villagers. What an incredible dog. Police do not know the identity of the dog, but its heroism will be passed down amongst the villagers’ children and their children’s children for a long time to come.