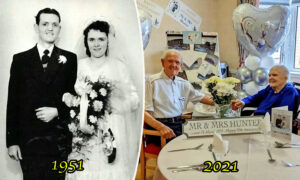 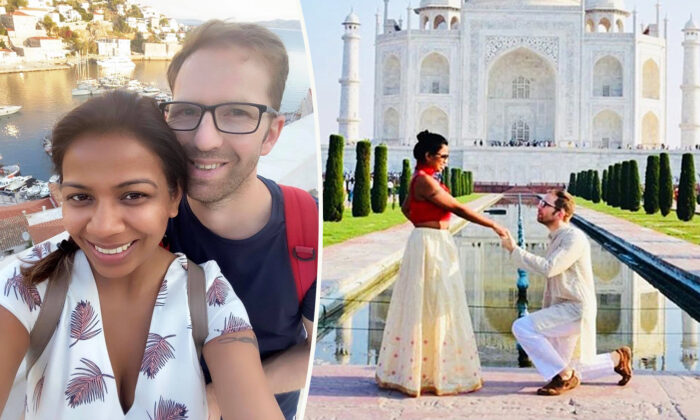 When a Dutchman saved an Indian woman from drowning off the coast of Goa in India, both felt a connection that neither was expecting.

Traversing continents, and profound cultural differences, love led to marriage—and a journey that is inspiring others to believe in predestiny.

Yoga instructor Nupur Gupta was on break from a retreat in Goa in February 2019. While floating in the Arabian Sea, she suddenly noticed she had been hooked by a strong current.

Gupta tried to stay calm, but after being dragged under the water a number of times, she started to panic.

That’s when her hero appeared.

A Hungarian financial director, Attila Bosnyak was a student at the same yoga retreat under a different instructor.

“He came very close to me to hold my hand and pull me out, but just about that time I was pulled in by the ocean,” Gupta told  CNN Travel.

Bosnyak sprawled onto a group of rocks, injuring himself, and waved to a lifeguard for help—who then swam toward the pair and guided Gupta to shore while Bosnyak swam.

Gupta soon recovered, but her hero had been badly scraped on his back, thighs, and fingers. Alarmed that Bosnyak had suffered on her behalf, she rushed to buy disinfectant, as well as chocolate ice cream, as a thank you.

“There was a click in my heart somewhere,” she recalled. While Bosnyak, in turn, called it a “magic moment.”

The pair then reconnected over dinner, and formed a bond after their intense shared experience. When the time came to part ways two days later—Bosnyak returning to the Netherlands, Gupta to Kerala—neither was ready to say goodbye.

So, both stayed in Goa an extra week, spending Valentine’s Day and Gupta’s birthday together.

Finally separated, they stayed in touch, chatting online and continuing to get to know each other.

Bosnyak suggested making the relationship official, and Gupta didn’t hesitate to say yes. Yet while planning their next meeting halfway between them, in Dubai, Gupta’s mother fell seriously ill with a brain tumor.

Gupta flew to her family’s home in Lucknow to support her mom through surgery; then Bosnyak had an idea: if his love was held up, he would go to her.

They reunited at Delhi Airport and they took a detour to Agra to visit the Taj Mahal—where Bosnyak channeled the intrinsic romance of that ancient palace and went down on one knee.

Gupta admitted she had never seen her family so excited to meet a man. “Everything was so organic,” she said, after her mom was out of surgery and recovering beautifully.

The couple’s next rendezvous were dictated by Indian visa restrictions. Nevertheless, they “lived like a couple,” with trips to Dubai, Serbia, and Thailand, before Gupta’s Dutch visa was approved in September 2019.

Between Bosnyak’s apartment in The Hague and trips to see his family in Hungary, a shared life took shape. Acclimatizing as an Indian woman in Bosnyak’s Dutch neighborhood was “a 360-degree shift,” said Gupta, but she made connections; the couple chose to see their differences as a chance to learn rather than remain estranged.

Marriage was “really natural,” said Bosnyak. Both dreamed of a big, inclusive wedding for friends and family but the pandemic interrupted their plans; so they arranged instead an intimate ceremony at Trouwlocatie Groenmarkt, The Hague’s former city hall, on March 21, 2020.

Living together as husband and wife through lockdown was an “acid test,” said Bosnyak. “If you can make it, and keep on your happiness, then that relationship is rock solid.”

After struggling to find work, Gupta launched her own yoga company—Nupurna Yoga & Wellness—and built an online profile with her experience in business management. A new puppy, Sukhi Ram, brought joy; and by summer, the couple were able to escape for a belated honeymoon in Greece.

Looking to the future, the couple plan to move to Athens where Bosnyak secured a job offer. They are also considering starting a family, and are continuing to find joy in the magic that caused their paths to align.

“We could be completely different people, having some memories of that accident, but spending our lives in different places and different cultures,” marveled Bosnyak. “It really seems like a heaven-sent relationship.”

“There was so much trust and love at every turn,” Gupta reflected, “and I think that’s why we are together today.”