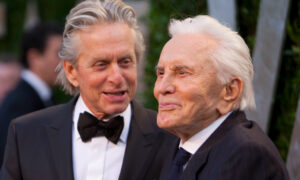 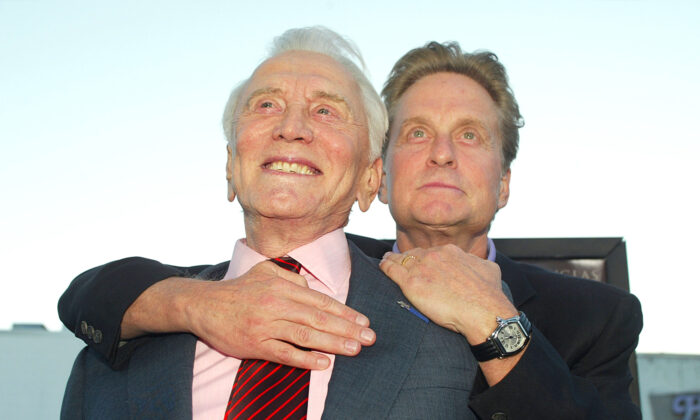 It was actor Michael Douglas who announced the news of his father’s passing on Feb. 5, 2020, surrounded by family at the age of 103. Legendary Hollywood actor Kirk Douglas will long be remembered and revered for his innumerable contributions to cinema.

However, to those who loved him most, Douglas senior will be most fondly remembered as a dedicated family man.

“To the world he was a legend,” Michael wrote on Instagram, “an actor from the golden age of movies who lived well into his golden years, a humanitarian whose commitment to justice and the causes he believed in set a standard for all of us to aspire to.

“But to me and my brothers, Joel and Peter, he was simply ‘Dad,’” Michael continued, “to Catherine [Zeta-Jones] a wonderful father-in-law, to his grandchildren and great-grandchild their loving grandfather, and to his wife, Anne, a wonderful husband.”

The “Spartacus” actor and his wife, Anne Buydens, a publicist of German origin, married in 1954 and remained married for 65 years. Theirs was one of the most longevous marriages in Hollywood history, truly a legendary love story for the archives.

In 2017, the besotted couple even penned a memoir together “Kirk and Anne: Letters of Love, Laughter, and a Lifetime in Hollywood.” Anne revealed that the book had been compiled from love letters they had sent to one another, telling the tale of their decades-long love story.

“My remarkable wife had kept everything,” Douglas told Fox News, “notes, cables, scrawled musings from plans and movie sets, starting in 1953 when we first met in Paris.”

When asked for the secret to their long and happy marriage, Douglas told People in 2015, “We solve our disagreements with a kiss.”

Douglas fathered four children in his lifetime: Michael, 75; Joel, 73; Peter, 64; and Eric—who sadly passed away at the age of 46 from an accidental overdose, as per the Los Angeles Times.

While Douglas and his son Michael always had an immensely close bond, Michael admitted to Closer Weekly that he was initially reluctant to follow in his father’s formidable footsteps. “My dad was a movie star,” Michael explained, “having that name was good and bad.”

“People think it’s a silver spoon. It’s not,” Michael continued. “I thought I could never be the actor Dad was, so I avoided it for a while.”

One area in which Michael had no hesitation in emulating his father, however, was in starting a family of his own. “My marriage and my family come before my career now,” Michael told Closer Weekly.

“Do you know what absolute happiness is?” he continued. “For me, it is to wake up my kids in the morning—these little pieces of innocence—and find they’re so happy to see me. It is unequivocal love.”

Kirk welcomed seven grandchildren before he died, three by his son Michael, and four by his son Peter. He even welcomed his first great-granddaughter, Lua Izzy Douglas, in 2017. Lua is Michael’s son Cameron’s first child.

Remaining an icon in Hollywood up until his passing, Douglas was awarded an honorary Oscar in 1996 for his 50-year contribution to the movie industry. The veteran actor’s acceptance speech, while cognizant of his career and numerous contributions, was all about family.