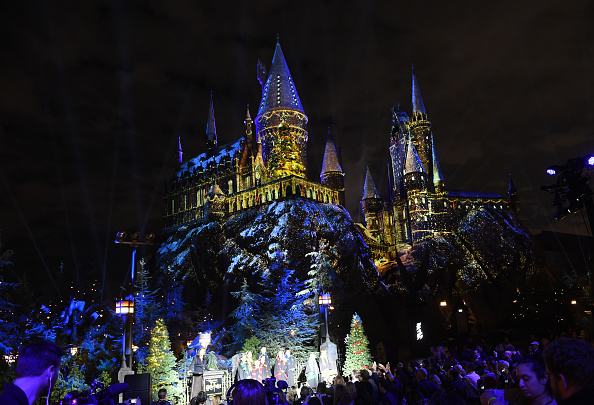 Harry Potter fans have been flocking to Universal Studios ever since Harry Potter World was established in 2011 in Orlando and in 2016 in Los Angeles. Its distinctive buildings and castle often grab the attention of tourists and make one feel that they are really in Hogwarts.

Other than taking the rides and enjoying some free shows, such as the frog choir, many fans might purchase a robe and a magic wand at the store and go to designated areas to “test” their magic power. After reciting a spell and waving the wand in certain ways at specific locations, the chimney can spew fire, or an extravagant door might open. These are the two newly added spell-casting areas for summer 2018.

However, this kind of entertaining experience doesn’t come free. According to its official website, regular wands are $44 each and the interactive one is $50. If one wants to buy a special robe to put oneself more in the mood, that’s another $114.95. Some people think it’s worth it, while others think there are better investments.

There are also two new sweet treats that came out recently: fudge and ice cream to go with their famous non-alcoholic butterbeer.