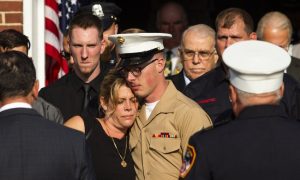 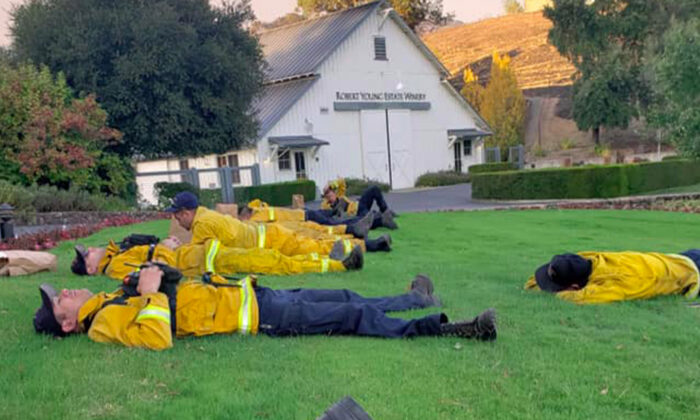 As the 2019 wildfires in California continue to burn through acres of land, thousands of tireless firefighters are risking their lives to reduce the flames.

A series of harrowing photographs are making their way through various news and social media channels and are prompting both deep reflection and gratitude for the bravery of the country’s first responders.

Since early October, the California wildfires have consumed thousands of acres and driven thousands of residents from their homes.

According to Cal Fire, the Kincade Fire has been the largest and most destructive of 2019 so far, burning through 77,758 acres in Sonoma County to date.

In the last week of October, KTVU released further statistics on the raging fires, including some sobering facts pertaining to the crisis’s first responders.

Over 4,500 firefighters have so far battled the flames. In addition, approximately 200 California National Guard members were called to assist with the gargantuan Kincade Fire.

Over 200,000 people were evacuated from the sites of the spreading wildfires, mostly in Sonoma County.

Elsewhere, in stark illustration of the relentless nature of the fires, Petaluma firefighters were awake for 36 hours straight without respite.

Three firefighters and one civilian suffered injuries in the Pacific Palisades brush fire, according to the Los Angeles Fire Department, but there have been zero deaths as a result of the fires to date.

A series of photos taken in the midst of the action depict scorched landscapes, licking flames, burning embers, and the somber faces of the first responders who have witnessed the reality of the catastrophe sweeping California.

“When you’re awake for nearly 36 hours and get a break from the fire line, you get rest when you can, where you can. Thanks Robert Young Estate Winery for letting us bed down on the lawn.”

The photo quickly went viral, amassing over 24,000 shares and thousands of supportive comments.

“First responders rock,” wrote one supporter. “Thank you for your amazing actions which keep us all safe in these trying times, we are forever grateful.”

“Hope you all get restorative sleep and plenty to eat and drink to replenish yourselves,” added another.

Beside the photographs of countless charred landscapes, however, resides a morale booster for the attention of all who have sacrificed their safety to quell the flames; a hand-painted sign beside a house on Alexander Valley Road in Geyserville thanks the firefighters for their dedication. “Thank you firefighters! We ❤️ U!” it reads.

The dedication of the state’s first responders has undoubtedly played a tremendous role in this effort.