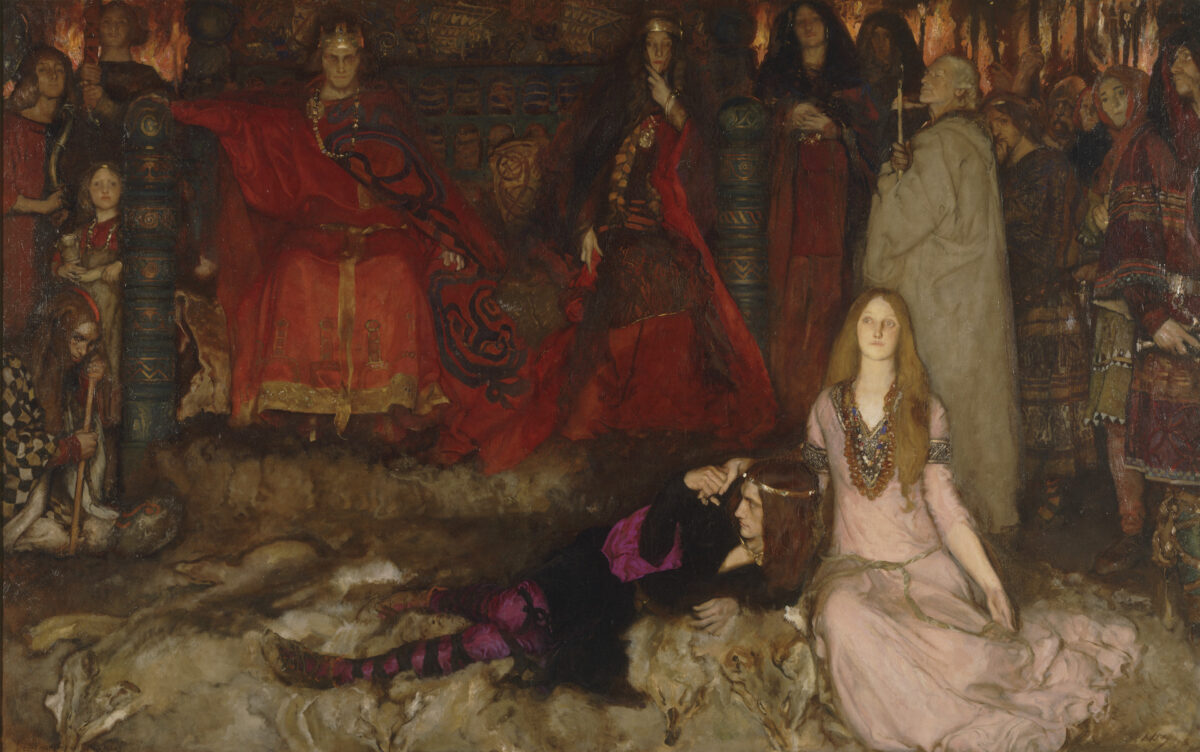 Hamlet’s ‘To Be or Not to Be,’ Really

What that great speech means
BY Gideon Rappaport TIMEMay 17, 2022 PRINT

It is a great speech, true, but its greatness has been obscured by these wrong assumptions arising from reading the speech outside of its context and ignoring its role in the unfolding drama of the play’s plot.

Hamlet is melancholy not because he is by nature depressed and suicidal but because his picture of the world has been overthrown. Hamlet’s admired father, the king, has died suddenly. Hamlet’s supposedly virtuous mother, within less than two months, has married the king’s unlikable brother, who has now become king. Hamlet has seen the ghost of his father, who has appeared to say that his own brother has murdered him in lust for Hamlet’s mother and in ambition for the crown. And the ghost has given Hamlet the task of avenging that murder.

Hamlet would at first like to rush off and kill the king. But he doesn’t—not because he’s a coward or thinks too much or is compassionate. The reason, he tells us, is that when he thinks about it, he realizes that the ghost might just as well be a demon tempting him to evil as the spirit of his father charging him to do justice. Hamlet knows that vengeance belongs to God, not to men. He also knows that when someone dies, his soul goes to be judged by God for heaven or for hell.

So Hamlet is in a quandary. He wants to fulfill the ghost’s charge, but he doesn’t want to be damned for doing so.

To get out of that quandary, the first thing Hamlet has to do is to find out whether the ghost was telling the truth. Is the present king really guilty of his brother’s death or not? Hamlet decides to find out by putting on a play depicting a murder like that described by the ghost and watching to see how the king reacts. As he calmly explains to us at the end of a long soliloquy that is passionately emotional,

The spirit that I have seen
May be a devil, and the devil hath power
T’assume a pleasing shape, yea, and perhaps, . . .
Abuses [= tricks] me to damn me. I’ll have grounds
More relative [= conclusive] than this—the play’s the thing
Wherein I’ll catch the conscience of the king.   (II. ii. 598–605)

Hamlet is a complex character, capable both of extreme passion and of calm, balanced reasoning. He ended the previous passionate soliloquy by calming himself and becoming reasonable again. Now he enters in his calm state, reasoning dispassionately about why people in general don’t rush off to do things that might get them killed. The “To be or not to be” speech unfolds the track of that reasoning.

The speech is a version of the intellectual debate, called in Latin a “quaestio,” characteristic of medieval universities like Wittenberg, where Hamlet has been a student. A question is posed to students in the morning, they debate it during the day, and the rector resolves it in the evening. Such questions were hypothetical and had some moral, philosophical, or theological import—for example, “Does God exist?” or “Does man have free will?” Students were expected to offer both pro and contra answers with supporting and contrary arguments for each.

In this speech, Hamlet is engaging in just such a “quaestio.” He is asking whether it is better to be alive or not. He first gives the reason why it is better not to be alive: life is characterized by all kinds of suffering. Then he gives the reason why people don’t remove themselves from life: the unknown suffering that might lie in store after death.

For who would bear the whips and scorns of time …
To grunt and sweat under a weary life,
But that the dread of something after death,
The undiscovered country from whose bourn
No traveler returns, puzzles the will
And makes us rather bear those ills we have
Than fly to others that we know not of?

In general, people don’t escape the misery of life by doing something that would get them killed because, once dead, they might have to undergo something worse in the afterlife.

… There’s the respect
That makes calamity of so long life.

That is, there is the consideration that extends the lives even of those who are suffering.

In short, the speech is a calm, rational discussion of a general human reason for Hamlet’s particular decision not to kill the king without further evidence of the king’s guilt.

Hamlet as a Good Student

Students of the play will have to look elsewhere for Hamlet’s passionate outbursts (which are many), for “the most important speech in the play” (of which there are several options), and for the flaw in Hamlet’s character that leads to the tragic outcome. (Try Act III, Scene iii, where Hamlet decides to make sure the king is not only killed but also damned.)

In this “To be or not to be” speech, Hamlet is taking a calm, rational look at the facts of the human situation, like a good student of philosophy. It’s a great speech, but it is does not contain the main theme of the play. The essence of the moral and spiritual drama in this great tragedy lies elsewhere.

Gideon Rappaport
Follow
Gideon Rappaport has a Ph.D. in English and American Literature with specialization in Shakespeare. He has taught literature, writing, and Shakespeare at all levels and works as a theatrical dramaturge. He podcasts at AppreciatingShakespeare.BuzzSprout.com
SHARE
Friends Read FreeCopyFacebookTweet
You May Also Like