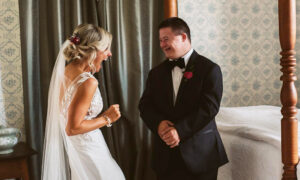 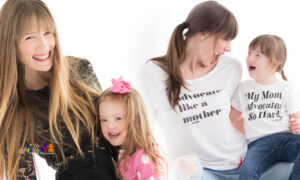 Mom’s Letter to Daughter With Down Syndrome: ‘You Are a World Changer'
0 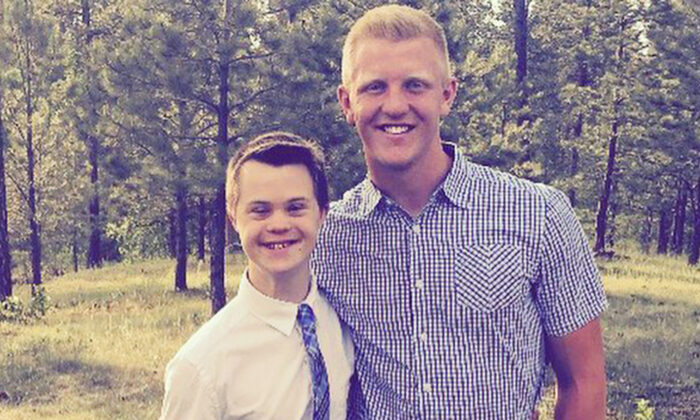 (Courtesy of Will Claussen)
Life & Tradition

Groom-to-be Will Claussen, 24, and his younger brother Henry, 22, who has Down syndrome, have been inseparable since childhood. When Will devised a special way to invite his brother to be his best man, his future wife caught the moment on camera.

Will is planning to get married in July 2021, but last August, he devised the sweetest surprise for his younger brother. He sealed a handwritten message in a bottle, buried it under some sand, and arranged a fun activity for him to dig it up, while apparently hunting for treasure on an expedition together with a pair of metal detectors.

Upon Will guiding along the unsuspecting best man-to-be to unearth the bottle and open it up, at first Henry suspects a prank. But the pair nevertheless unroll the note and read it out loud. “Henry Joe, you are already the BEST bro, and my very BEST frand [sic], so will you please say yes and be my BEST man?” the note says.

The entire moment, caught on video, was later posted on Will’s Instagram page, where Henry’s reaction made it go viral.

(Courtesy of Will Claussen)

When it dawns on Henry what he’s being asked, he cries out in shock and leaps into his brother’s arms. Through an irrepressible smile, Henry accepts, and the siblings swap I love yous.

The heartwarming video has been seen over 107,000 times. Hundreds of netizens have showered the brothers with heart emojis and comments like, “Well if this doesn’t make everyone cry … nothing ever will,” and, “Love this so very beautiful.”

It also garnered major media attention, and Henry told ABC News that he is happy for Will and his fiancée. “I’m happy for their marriage,” he said. “And I’m so proud of them, so much.

“I’m so excited for the wedding because I can’t wait to see the kiss,” Henry added. He is also anticipating a stack of wedding presents, cake, dancing, and most importantly, happiness.

Will said the online response to their video was “absolutely nuts.” Speaking to In The Know, the groom-to-be said, “Henry and I are very humbled by all the kind words and comments to the point where it’s been hard to wrap our head around. We are grateful.”

As for the outcome of the siblings’ sweet surprise, Will admits there was never anyone else on the shortlist. “He has the sweetest soul and has never said a bad word about anyone so it was a no brainer for him to be my best man,” he added.