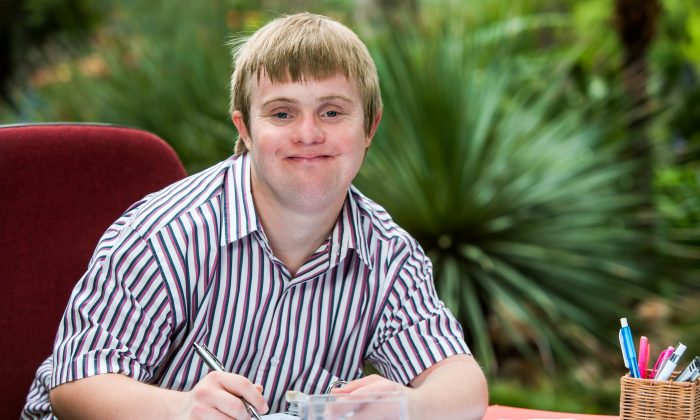 Down syndrome is the most common genetic disability in the world, affecting approximately one out of 1,000 people, according to the World Health Organization.

There is no cure for Down syndrome, but scientists believe green tea may point the way to an effective treatment.

A compound in green tea helped those with Down syndrome improve their cognitive function, according to a study published June 6 in the journal Lancet Neurology.

The compound, known as epigallocatechin gallate (EGCG), is a phytochemical found in trace amounts in a number of fruits and vegetables (such as plums, onions, and apple skins), but the most significant source by far is green tea.

This is the first time that a treatment has shown some efficacy in the improvement of some cognitive tasks in persons with Down syndrome.
— Mara Dierssen, Centre for Genomic Regulation, Barcelona, Spain

The Spanish research team that conducted the study was led by doctors Mara Dierssen at the Centre for Genomic Regulation and Rafael de la Torre at Hospital del Mar Medical Research Institute. Their year-long investigation followed 87 people with Down syndrome aged 16 to 34. All subjects received a cognitive stimulation program, but only some received the EGCG. The other group was given a placebo look-alike.

Those who took EGCG showed significant improvements in visual recognition memory, inhibitory control, and adaptive behavior compared to the control group. The improvements remained six months after the trial ended.

The study is important because no remedy has ever demonstrated such positive results for Down syndrome adults.

“This is the first time that a treatment has shown some efficacy in the improvement of some cognitive tasks in persons with this syndrome,” Dr. Dierssen said in a statement.

Down syndrome is a genetic defect characterized by an extra copy of chromosome 21. This abnormality results in an overexpression of genes in this chromosome, causing physical and intellectual disabilities.

Dierssen’s group had previously worked with gene therapy to inhibit these overexpressed genes in mouse models designed to mimic Down, but the results were not applicable to humans.

Since 2009, several European studies have demonstrated that EGCG could suppress these overexpressed genes, and Dierssen recognized a remedy that showed some promise with human subjects.

To help her bring the idea to a clinical trial, Dierssen sought a neuropharmacology specialist. “The team led by Rafael de la Torre was the best traveling partner we could have had on this journey,” she said.

Dr. de la Torre’s team conducted neuro-imaging tests to determine if the improvement was linked to physical or neurophysiological changes in the brain. They found that those who took EGCG demonstrated noticeable changes in cerebral connectivity.

“It was surprising to see how the changes are not just cognitive—in the reasoning, learning, memory and attention capacities—but suggest that the functional connectivity of the neurons in the brain was also modified,” de la Torre said in a statement.

Although the study focused on adults, researchers suggest that children with Down syndrome may have even more pronounced results with EGCG treatment because their brains are still developing and are therefore more sensitive to the phytochemical’s neural connectivity influence.

However, Dierssen clarified that the discovery is not a cure for Down syndrome (because EGCG does not inhibit the overexpression of all genes in chromosome 21), and stressed that the results still have to be proven in larger populations.

“But it may be a treatment to improve these individuals’ quality of life,” she said.

Previous research on green tea also points to improvements in brain health. In a study presented at the 2015 International Conference on Alzheimer’s and Parkinson’s Diseases, people who drank green tea showed less mental decline and a lower risk of dementia than non-tea drinkers.

In another study published in a 2012 issue of Molecular Nutrition and Food Research, researchers found that adult mice given EGCG saw improvements in the neurons of the hippocampus—the center of emotion, memory, and spatial navigation.

Other studies on green tea find that this antioxidant-rich beverage may help prevent coronary artery disease, cancer, diabetes, and more.

The source for green tea is the plant Camellia sinensis, an evergreen shrub native to the Far East. According to Chinese legend, this popular beverage was discovered by accident when some Camellia sinensis leaves blew into a pot of boiling water.

While other teas that come from Camellia sinensis (black tea, oolong, pu-erh, and other varieties) also contain EGCG, the levels are not as high as in green tea. Even among green teas, EGCG content can vary widely, depending on soil quality, growing conditions, and other factors. One analysis based on data from the U.S. Department of Agriculture found that EGCG values varied from 5 milligrams to 460 milligrams per cup.

To recreate the dosages used in the Spanish study protocol (9 milligrams per kilogram of body weight per day), a 150-pound adult would need to take over 600 milligrams of EGCG a day.