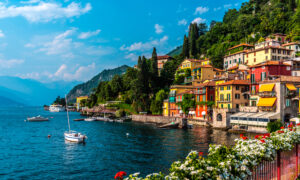 La Dolce Vita, With a Toddler in Tow
0 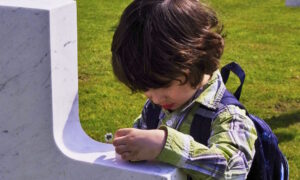 A Salute to the Brave of Oise-Aisne
0 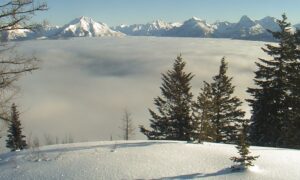 Virtual Voyages to Satisfy Your Wanderlust While Stuck at Home
0 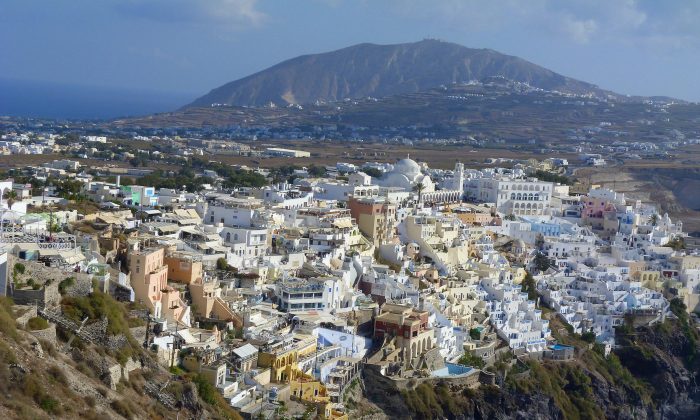 The town of Firá with the caldera in the background. (Manos Angelakis)
Travel

Greek Island of Santorini: More Than a Tourism Paradise

The first breathtaking sight of the Greek island of Santorini makes one want to believe that it was indeed the fabled Atlantis. The volcanic island rises straight up from the sapphire-blue sea, with the whitewashed buildings of four villages—Oia, Firá, Imerovigli, and Firostefani—decorating the rim of the horseshoe-shaped crater.

Sadly, there is no real evidence to support the claim that the Minoan civilization that flourished there had any relation to Atlantis. What undisputable evidence does exist is that Santorini supported a very sophisticated and thriving Minoan civilization more than 4,000 years ago.

Ongoing excavations of the ancient town and harbor now called Akrotiri, on the Southern coast of the island, clearly show a history equal to that of mythical Atlantis. The town was destroyed by volcanic action approximately 150 years before the major volcanic explosion and tsunami of 1630 BC, which cleaved the island in half and destroyed the Minoan civilization of Northern Crete.

The Minoans of Santorini had developed an advanced mercantile economy that included travelling and trading with not only the Cretan Minoan’s and Peloponnesian Mycenaeans but also buyers and traders from the Near East, Egypt, and North Africa—as far South as what is now Sudan and as far West as the Atlas Mountains and the Sahara.

Multi-colored frescoes found on the walls of some of the more affluent residences in Akrotiri, ranging from 1780 BC, show not only images of daily life but also such iconography as merchant fleets and exotic animals. The monkeys depicted were not found anywhere in the Aegean region, but were plentiful in Southern Egypt, Northern Sudan, and the Atlas Mountains. A number of the frescoes and other finds from the site are an extraordinary window into the life of this Bronze Age society, and originals from the excavation can be seen in the archaeological museums of Firá and Athens.

Today, Santorini is one of the most frequented Aegean islands on the Mediterranean cruise boat circuit. Viewing the caldera from Firá is awe-inspiring, as are the narrow and winding streets with shops full of outstanding crafts just waiting to catch the eye—and pocketbook—of tourists from all over the world.

But Santorini is not only a tourism paradise. The fertile volcanic soil of the island creates some of the best white wines in the Mediterranean, with three indigenous varieties growing on the windswept hillsides. The vines produce fewer berries and need to dig deep for nutrients, but the wines produced from those grapes are exceptional.

Santorini also has established mariculture facilities in some of the remote coves that are successfully raising branzino, gilt-head bream, and bluefin tuna. These fish are then flown overnight to markets in Italy, Spain, Turkey, and the East Coast of the United States as well as being consumed locally in the island’s restaurants and tavernas.

But tourism is still the number one industry. A large variety of hotels, resorts, and guesthouses dot the landscape in the towns as well as near the airport and the newer seaport, on the southernmost end of the island. Hospitality is a very ancient tradition in Greece, and Zeus was the patron god of hospitality. Every visitor is treated like an honored guest, whether you are staying at a five-star hotel or someone’s home.

Gastronomically, the island has many outstanding restaurants that offer local produce, fish, and seafood, cooked either traditionally with time-honoured recipes or by chefs and cooks who understand the strategies of modern cuisine.

We dined at Nykteri, a seaside restaurant at Kamari Beach where three dishes were absolutely spectacular: octopus stewed in a fresh tomato and red-vinegar sauce on a bed of fava purée, and a charcoal-grilled large calamari body, over smoky eggplant salad. Plus, a superb dish of deep-fried phyllo pastry stuffed with mizithra, a semi-soft cheese, and topped with honey, fresh sesame seeds, and dried fig slices cooked in the honey.

At Assyrtiko, we had an outstanding view of the caldera and a lovely dinner from our location high on top of Firá town.

But the Cave of Nikolas, a taverna at the beach by the Akrotiri site, was the most interesting dining venue, not only because of the quality of the dishes, which were traditional, very authentic, and outstanding, but also because of its history.

The owner, Uncle Nikolas, is an old seafaring Santorinian who in the past worked for the Athenian archaeologist that excavated Akrotiri. The foundation for the taverna was dug at the bottom of the cliff by Nikolas himself; he expanded natural caves in the volcanic tufa, and there is a series of cave rooms fronting the kitchen. Currently, the Cave of Nicolas is run by his daughter, Margarita, who learned the art of cooking from her mother. But Uncle Nikolas still comes around to “supervise the kitchen” and visit with “his guests,” regaling them with stories of Akrotiri, the excavations, and his personal travels.

Santorini is unique, even among the thousands of Greek Islands, and a visit there should be high on everyone’s bucket list.

The authors were guests of the Municipality of Thira.

Barbara and Manos Angelakis are seasoned international travelers and award-winning writers based in the New York City area. To read more of their articles and adventures visit LuxuryWeb Magazine at www.luxuryweb.com