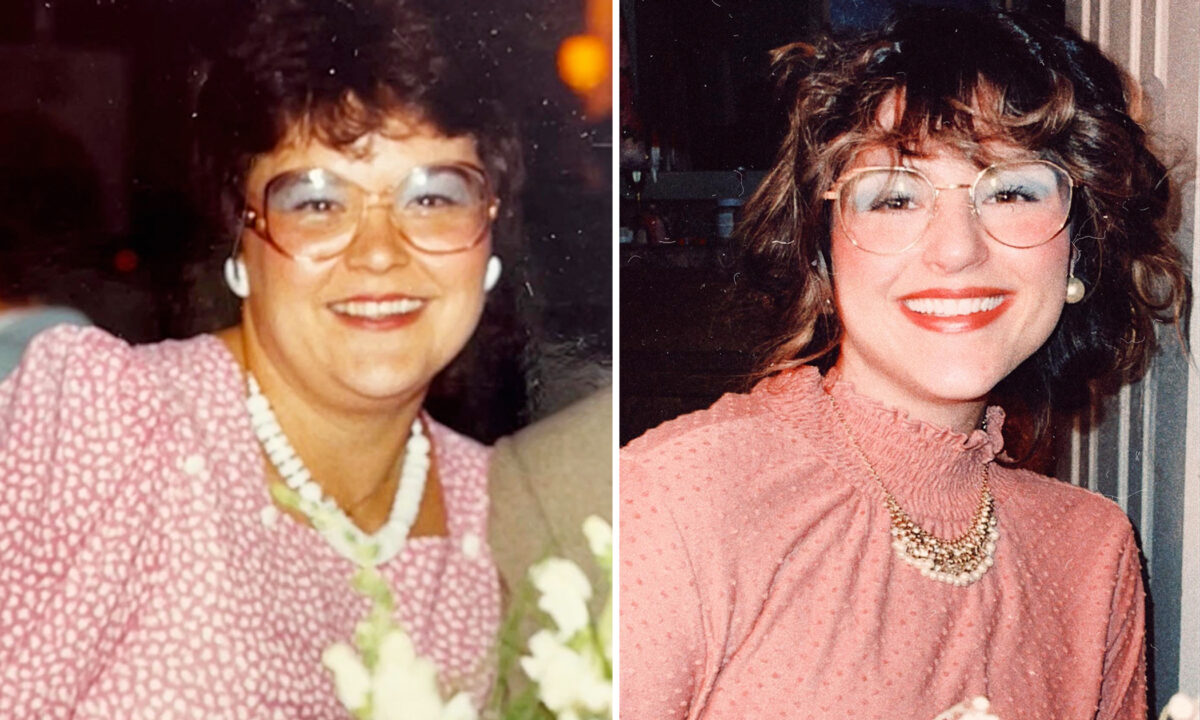 For her grandmother’s 71st birthday, a West Tennessee ceramic artist and vintage shop owner had a bright idea of re-creating photos of her grandma from a young age, with matching outfits and makeup.

The sweet, touching result of her hard work has since gone viral.

Lakyn Bowman, 26, owner of Lakyn Thrifts, got the idea to re-create photos of her grandmother, Stephenie Bowman, after a self-portrait photo shoot replicating film photography. Upon seeing the images she’d created, her cousin commented on Lakyn’s uncanny resemblance to her grandmother.

“I knew her birthday was coming up,” Lakyn told The Epoch Times, “so I contacted my grandpa to send me some photos of her when she was around my age. He sent me about 40!”

Lakyn had around six weeks to scout for the perfect outfits and props to re-create a series of her favorite photos, enlisting the help of her friend and “sidekick,” Evelyn, to thrift outfits and take the shots. On the day of the photo shoot, the pair spent six hours perfecting the lighting, angles, poses, hair, outfit, and location changes, along with editing the pictures.

“Evelyn really helped with guiding me with my chin placement, how ‘squinty’ my eyes needed to be, or the angle of my shoulder. She was able to see the original photo and guide me as she shot,” said Lakyn. “It would have taken even longer without her.”

Lakyn then shared the fruits of their labor in a TikTok video, captioned, “Happy birthday, Grandma! Thanks for the good genes.”

On the morning of Stephenie’s birthday, Feb. 21, Lakyn made a FaceTime call to her shocked, delighted grandma and great-grandparents to reveal the big surprise.

She shared footage from their call on TikTok, later crediting her grandpa for “not spilling the beans.”

Stephenie, said Lakyn, was so surprised. She hadn’t seen these photos of herself in years and loved the re-creations. “She even joked about one of the photos,” Lakyn told The Epoch Times. “She said she remembered it was Easter, and a bird had pooped on her shoulder, followed by all of us laughing of course!”

“It’s such a blessing that I have that many generations of family still around to see this video go viral,” she added.

Despite being a dead ringer for her grandma, Lakyn claimed it was a huge challenge re-creating the lighting and angles of the original photos.

“These are so important when comparing the side-by-sides,” she explained. “We bought a color-changing light bulb that really helped with trying to match the authentic lighting of the original.”

“Filters in the editing stage can only do so much,” she added.

For anyone interested in trying a lookalike photo shoot for themselves, the vintage shop owner recommends finding photos in which you “see yourself,” sourcing outfits as close as possible to the originals, and paying attention to lighting, angles, cropping, shoulder placement, expressions, and edits.

Public response to her photo series has been phenomenal, both on and offline, said Lakyn.

“A few days after the video had gone viral, I went to my local coffee shop to grab a coffee before meeting with a lawyer to go over some contracts. As I was chatting with the barista, a woman came in and ordered her coffee,” Lakyn recalled. “She looked at me a couple of times, and finally spoke up to ask if I made ‘that video of the grandma.'”

“Getting recognized in public for my video has been so crazy, and since then it hasn’t been the only time,” she shared. “People tell me it made them give their grandparents a call, and I think that is so beautiful.”

For Lakyn, her grandmother’s house was her favorite spot while she was growing up. It’s where she got treats, games, and movie nights with her cousins, and where she learned fundamental lessons of life.

“She taught me how to cut a banana with a knife so I could cut my own banana for my frosted flakes,” Lakyn recalled. “My grandma was such a positive figure in my life, and still is today. She really showed me nothing but unconditional love.”

Her photo shoot, said Lakyn, was more than an expression of a shared likeness; it made her grandmother feel “seen.”

“She loves us grandkids so much, she was able to see herself in someone that she loves so dearly,” she explained. “My grandma always puts everyone else first … I wanted to give her a gift that was just about her.

“Nothing will ever surpass this gift!”