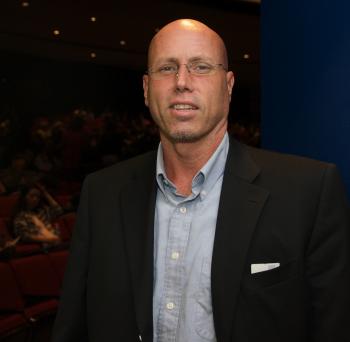 Bruce Campbell, said he was “blown away” by the show.(The Epoch Times)
Arts & Culture

TORONTO—”I think it’s an outstanding display of grace and beauty and athleticism. I really enjoyed it. We’re having a great time.”

This is how Bruce Campbell described the Divine Performing Arts Mid-Autumn Spectacular, which he attended with his wife at Toronto’s John Bassett Theatre on Saturday evening.

The general manager of communications and community relations for the Dufferin-Peel Catholic school board, Mr. Campbell said he was “blown away” by the show, which is reviving Chinese traditional culture through various art forms including Chinese classical dance.

“This performance has given me an introduction to the Chinese culture,” he said.

“As the show went on I got the message of truthfulness, compassion and forbearance. There is a universal spirituality that comes though respect and understanding, love and peace. Those come through in all the performances and in each segment of the show.”

Mr. Campbell was also impressed by the live symphony orchestra and the coordination of the dancers. Being a basketball player, he said, he can appreciate “the dedication and the commitment that goes into it … the entire athleticism of the dance.

“The mix of the colours, the athleticism and grace, the music, the whole thing — it’s an outstanding mix. I really enjoyed it.”

Mr. Campbell especially enjoyed the finale, Victory Drums, which he found “kind of hypnotic — it kind of draws you in.”

He said the live orchestral music, with its blend of Western and Chinese instruments, was “incredible,” adding that the haunting sound of the two-stringed erhu “is something that can touch your heart and your soul — it really does touch you.”

Mr. Campbell concluded by saying the Spectacular has “a message of peace and truth and understanding that came through pretty clearly. There are certainly good values in the show that are good for everyone.”

The Mid-Autumn Festival is one of China’s most ancient and cherished holidays. The Spectacular expresses Chinese classical dance and showcases authentic traditional Chinese culture. Through background scenery, costumes, and choreography, the Spectacular expresses truthfulness, compassion, and pure beauty. China’s history comes to life in this gorgeous performance that is entertaining, inspiring, and uplifting. The show’s content is presented in both Chinese and English. For more information, visit: http://www.divineshows.com/Toronto