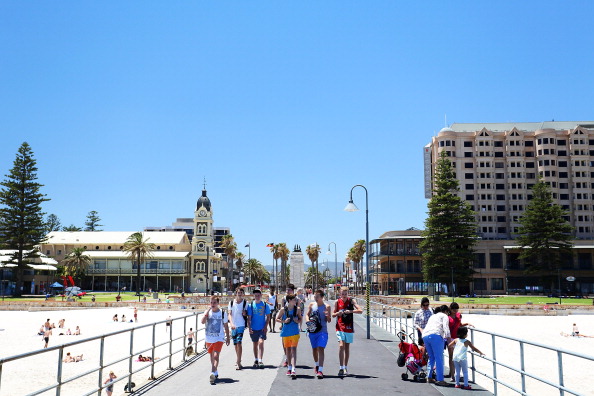 ADELAIDE, Australia— The Governor of South Australia is proud to welcome Shen Yun to Adelaide.

Governor of South Australia, Rear Admiral Kevin Scarce AC CSC RANR, stated, “I am pleased to extend my warmest greetings to everyone attending the performance of Shen Yun this evening.

Shen Yun is a not for profit performing arts group which aims to revive the authentic Chinese culture through world class classical Chinese dance and music performance.

From our earliest day of settlement, our identity and our day to day lives have been influenced by a wonderful cultural diversity. Our state has been a leader in the adoption of multiculturalism as a policy with which to build a cohesive and harmonious society.

I am sure tonight’s Shen Yun performance will add to our state’s rich cultural tapestry.”

Shen Yun is based in New York and has four touring companies. This year they will perform in over 100 cities across five continents. The Shen Yun International Company started its 2014 World Tour in Atlanta, receiving high praise and standing ovations in the United States, Canada, South Korea, Japan, Taiwan, Australia, and New Zealand before returning to Australia.

Known as the city of churches, Adelaide is surrounded by parklands and is a blend of historic buildings, wide streets, parklands, cafes and restaurants.
The Adelaide Festival Centre is the South Australian arts hub and a leading arts centre in the Asia Pacific region according to their website.

After four performances at the Adelaide Festival Centre, Shen Yun International Company will continue the Australasian leg of its 2014 World Tour to the Gold Coast for five performances from April 24-27, then to Perth for six performances from May 1-4 before returning to the United States.