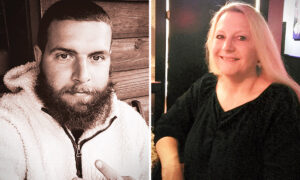 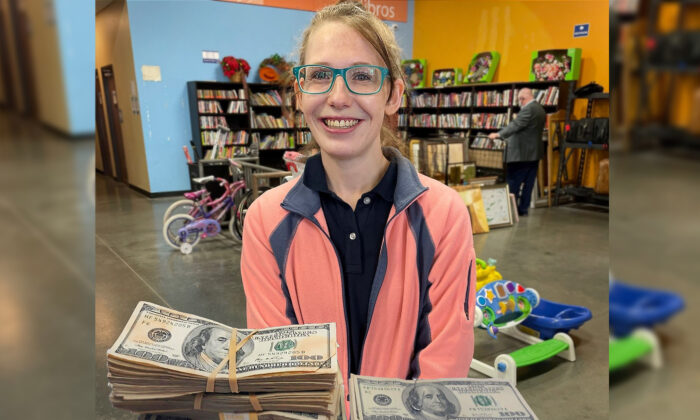 Goodwill Employee Finds $42,000 in Donated Sweaters, Gets Reward for Doing ‘The Right Thing’

When an Oklahoma Goodwill employee uncovered a stash of $42,000 wrapped in two donated sweaters, she chose to do the right thing. Although she parted with the cash instead of pocketing it, her act paid off in the end.

Mom of one Andrea Lessing had worked at the Norman-based thrift store for a month-and-a-half when she made a shocking find: the largest money stash Goodwill of Central Oklahoma had ever seen.

At first, she thought they were wrapped around books but quickly realized they were stacks of envelopes filled with $100 bills, totaling a whopping $42,000. Her first suspicion was that the bills must be fake.

But they were real. Lessing, who believes in karma, alerted her supervisor.

“Normally we have no way of knowing who the money belongs to,” said Frank Holland, vice president of donated goods at Goodwill. “Even if we wanted to try to give it back to someone, there was no way to find who that person was.”

Fortunately though, Lessing’s stash of cash was accompanied by documents that pointed to the sweaters’ original owner. The mom of one was adamant that the money be returned.

And so it was.

Then came another surprise: the grateful owner, who chose to remain anonymous, wanted to acknowledge Lessing for her integrity. So, he gifted her $1,000 from the returned cash as a reward.

Then, in a second selfless act, Lessing decided to spend the money on her 6-year-old daughter’s birthday party in July.

“I thought I blessed him, but he turned right around and blessed me,” she told Fox. “He restored my faith that there are really good people out there, even through this pandemic. We don’t know their situation, so it’s better to just be kind.”

Jim Priest, CEO of Goodwill Industries of Central Oklahoma, commended the outlet and employee for returning the money. Integrity, he said, is a “core value we strive to live out every day.”

Posting the incredible story on Facebook, Goodwill shared a statement from Lessing on receiving the reward.

“I never expected anything like this to happen to me of all people,” she said. “To me, it was just another normal day at work.

“I made the right decision, and I did the right thing.”