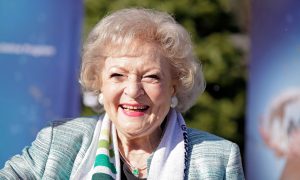 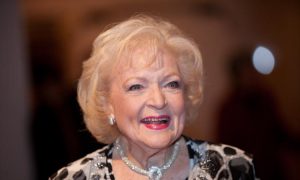 Betty White Celebrates 97th Birthday, Still Out and About
0 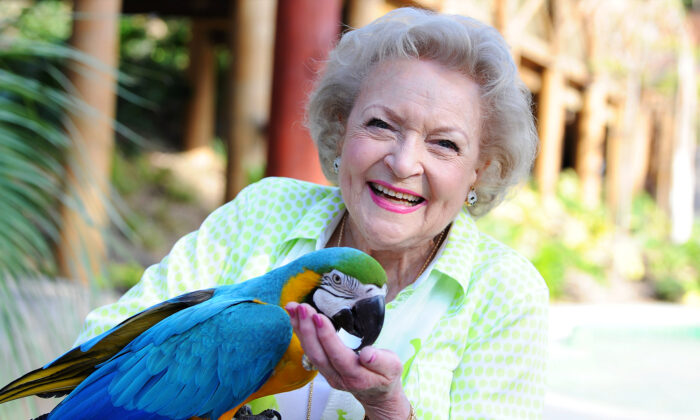 American actress and comedian Betty White turned 98 years of age on Jan. 17, 2020. The iconic “The Golden Girls” star has the longest-running television career of any entertainer, spanning an incredible eight decades.

On the occasion of her birthday, here are eight times that Betty White, icon and pioneer, said it best.

“I got an award for everything: inhaling, exhaling,” White joked in an interview with PBS in 2018. “I’ve been so spoiled rotten. I’m the luckiest old broad on two feet.”

Speaking to Parade in 2018, White revealed a penchant for fast food and the occasional drink. She loves vodka and hot dogs, “probably in that order,” she joked.

Speaking to PBS, White once described stage fright as “a lifesaver.”

“The panic that sets in, you’ve got to counter, and you have to get a handle on it in order to do what you’re doing,” the actress explained. “So the stage fright is what puts the edge, I think, on a performance.”

After White’s husband Allen Ludden passed away from stomach cancer in 1981, White occasionally had to field questions about her romantic life in television interviews. Speaking to CNN in 2011, the actress clarified her stance.

“If you were a dull young person, you’re going to be a dull old person,” White reflected, sitting beside her three “The Golden Girls” co-stars, Bea Arthur, Rue McClanahan, and Estelle Getty. “But I don’t think just because the years go by that you have to be that way,” she added.

“Get at least eight hours of beauty sleep,” White told “The Late Show” in 2011, as quoted by International Business Times. “[N]ine,” she added, “if you’re ugly.”

While speaking onstage during the 70th annual Emmy Awards, White stole the show with a hilarious tribute to her fans and colleagues in the industry as the industry, in turn, honored her. “All I can say is it’s such a blessed business to be in,” she said, as quoted by Today, “and how lucky can I be?”

“Enjoy life,” White told Parade, shortly after her 96th birthday in 2018. “Accentuate the positive, not the negative. It sounds so trite, but a lot of people will pick out something to complain about, rather than say, ‘Hey, that was great!’”

“It’s not hard to find great stuff if you look,” she said.

Betty White, at the age of 98, is still an icon appreciated by millions for her inimitable wit and wisdom.