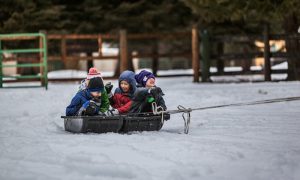 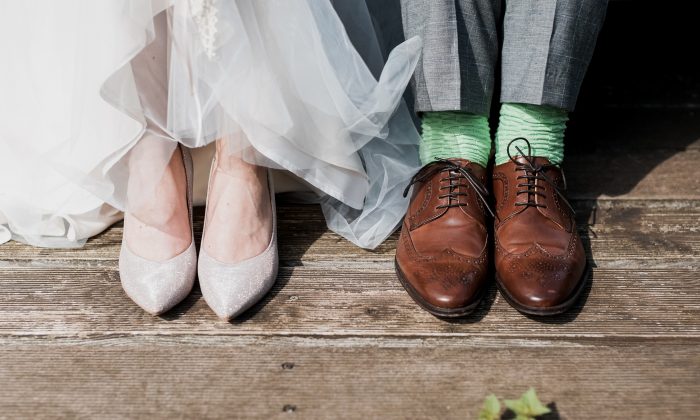 A stock photo of a wedding (Marc A. Sporys /Unsplash)
Family & Home

Going to the Chapel? Not Anymore

Wedding planning is consuming the minds of several of my friends. The dress. The caterer. The flowers. The location!

When asked about this last essential, one friend gets big eyes, puts on a mysterious voice and says: “We’re doing something really novel. We’re getting married in… A CHURCH!”

This response draws laughter, but it’s quite true. Judging from personal invites, pictures on Facebook, and accounts from other wedding attendees, ceremonies at barns, breweries, orchards, or other scenic venues are the new normal.

Data appears to support my personal experience. As Fleming Smith reports in a recent Wall Street Journal article, only a quarter of young couples tie the knot “in a religious institution.”

The article attributes this low percentage of church weddings to the rising number of religious “nones” in America.

“This trend will likely accelerate as generations age, says Tricia Bruce, a University of Notre Dame sociologist who studies religion.

Some of these adults were raised in religious traditions, which they use as a framework for what milestones like weddings should look like. Those raised without religious affiliation must find that cultural framework somewhere else. Nontraditional weddings have existed for years. But they’re likely to become more common under these circumstances, Dr. Bruce says.”

Young millennials have thrown tradition to the wind. “We’re doing it our way!” they proclaim. “We’re blazing new trails and making our weddings about us—our individuality.”

Yet even while they exult in their own uniqueness and ability to throw off the shackles of past tradition, they seem to be searching to find their footing, to rest it upon some type of structure. Why is this?

Robert Nisbet sheds some light in several introductory comments to “The Quest for Community“:

“There are countless persons today for whom the massive changes of the past century have meant a dislocation of the contexts of function: the extended family, neighborhood, apprenticeship, social class, and parish. Historically, these relationships had both depth and inclusiveness in individual life because they themselves had functional significance; because, however informally, they had a significant relationship to that distribution of function and authority which is a society’s organization. And because they had this, they had meaning in the lives of individuals. Having function, they could create a sense of individual function, which is one of the two prime requirements of community.”

Function. Meaning. In essence, the traditional structures of society—family, God and church, neighborhood—bring purpose in life to the community as a whole and the individual as a byproduct.

Every one of us longs to find this meaning in life. The fact that millennials are seeking to build their own structures to replace those they have abandoned demonstrates this. They sense something necessary is missing and they’re trying to figure out how to fill the void.

Are they looking in the wrong place? Could the meaning and sense of belonging which these young millennials are seeking be found in the very institutions and cultural contexts they are now abandoning?