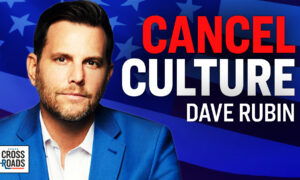 In the film “Mary Poppins,” Ed Wynn, Julie Andrews, and Dick Van Dyke sing “I Love to Laugh,” a hilarious song that sends Wynn and Van Dyke floating to the ceiling from sheer joy and exuberance.

Here is the final stanza:

A piece on laughter, jokes, comedy, and humor may seem somehow out-of-place on an “Arts and Culture” page, but comedy is a core piece of our culture. Playwrights like Aristophanes and Shakespeare, a poet like Geoffrey Chaucer and his work “The Canterbury Tales,” and writers like Mark Twain, P.G. Wodehouse, and Lewis Grizzard all produced works that brought laughter to their audiences. The list of such writers is extensive, and their humor ranges from farce to satire, from broad, earthy humor that brings a belly laugh to sophisticated drawing room comedy—think Oscar Wilde—that produces a grin or a chuckle.

Sometimes, of course, reasons for laughter are in short supply. Certainly, the events of the past year have trounced those of us who enjoy a good joke or who find the absurd entertaining. True, the absurd and the ridiculous are in abundance these days, particularly in Washington, D.C., but most of us have trouble laughing at pandemic restrictions, senseless riots, and a barrage of executive orders. It’s tough to laugh in tough times.

But times such as ours are exactly when we need humor, laughter, comedy, and jokes. They satisfy a real human need and can help us survive many a dark night as well as deepen our understanding of others and ourselves. Let’s start our exploration of humor in the strangest of places: Nazi Germany and Stalinist Russia.

Humor as a Shield

Tyrants and repression are often the butt of jokes, though the teller must practice discretion or else face a prison sentence and even execution. Here are three jokes from the old days:

Adolf Hitler and Hermann Göring are standing on top of the Berlin radio tower, looking down on the people below. Hitler says he wants to do something to put a smile on the  faces of these beleaguered Berliners. Göring replies, “Why don’t you jump?”

Three men are sharing a cell in a Moscow jail. When asked by his companions why he is under arrest, the first man says, “I criticized Karl Radek.” The second man says, “What? I’m here because I spoke in favor of Radek!” The two men turn to the third, who shrugs and says, “I’m Karl Radek.”

An elderly grandmother and her 12-year-old granddaughter were sitting in the kitchen slicing up potatoes for their supper. “Tell me, granddaughter,” the old woman said, “about Communism. They must teach you about it in school. What will life become under Stalin?”

“Oh, Grandmother,” the girl says. “They tell us that under Comrade Stalin and Communism the shops will be filled with food—butter, meat, milk, and all sorts of vegetables. You’ll be able to buy anything you want.”

“Ah!” the old woman cried out joyfully. “Just like under the Czar!”

These and many other underground jokes enabled those under the lash of fascism and communism to keep up their spirits. Humor became a defense against Big Brother.

Here in America, the formal joke seems to have gone the way of coonskin caps and petticoats. Instead, the comedians I listen to and enjoy bring laughter to their audiences by personal reminiscences or cultural commentaries. They’re funny, but they’re not really telling jokes like the old comedians: Bob Hope, Phyllis Diller, Jack Benny, and so many others.

And few of my friends or family crack wise with the jokes. Most of them have a great sense of humor, but they rouse my laughter by recounting amusing anecdotes about the grandchildren, or their work, or their everyday encounters with other people.

In this sense, I wonder if I’m the last of a breed. I still love to tell jokes, stories removed from my own life with funny punch lines, particularly those about the afterlife like this one:

Joe steps up to the Pearly Gates, where St. Peter awaits him with a big book laid out on a desk. After Joe identifies himself, St. Peter studies a page in the book and then says, “You haven’t really done much good in the world, I’m afraid. Maybe you can tell me something I’m not finding here.”

“I do have one thing I could add,” Joe said. “I was driving down the road when I saw three guys with motorcycles harassing a young woman. I could tell they were up to no good, so I pulled my car to the curb, got out, took the tire iron from the trunk, went up to those guys, and told them if they didn’t leave that girl alone they’d have to deal with me.”

“Now that is impressive,” Saint Peter said. “When did that happen?”

I found that gem in Thomas Cathcart and Daniel Klein’s “Heidegger and a Hippo Walk Through the Pearly Gates: Using Philosophy (and Jokes!) to Explore Life, Death, the Afterlife, and Everything in Between,” a hilarious read and a goldmine if, like me, you enjoy jokes.

Cathcart and Klein use jokes to illustrate their philosophical points and to allay our fears of death and dying. By adopting this same lighthearted approach, we can relieve all kinds of stress in our lives.

When we consider situational comedies, or sitcoms, we usually think of television shows like “The Andy Griffith Show,” “All in the Family,” or “Seinfeld.”

But sitcoms are as old as greasepaint and stage props. Aristophanes’s 2,500-year-old “Lysistrata” features a humorous battle between the sexes in which the women of Athens led by Lysistrata refuse relations with the men until they end the Peloponnesian War. Comedic writer Plautus could be said to have singlehandedly created Roman theater, and many centuries later, Shakespeare would incorporate one of his works into “A Comedy of Errors.”

These plays, and some television shows as well, serve purposes other than inducing laughter. Shakespeare’s “Twelfth Night,” for example, investigates marriage and relationships between men and women. Feste, the fool in the play who sees through the motives of others and laughs at their shenanigans, famously says, “Better a witty fool than a foolish wit.” And those in the audience then and now surely nod in agreement with this bit of wisdom.

We laugh at Mayberry’s Deputy Barney Fife in “The Andy Griffith Show,” but for many viewers, I suspect that the show’s lasting success—my children and grandchildren still watch it today—is also due to nostalgia, a longing within us for the simple life of a small town.

These performances therefore act as a mirror for us, a looking-glass reflecting our faults, foibles, and desires.

Good Medicine for Us and for the Culture

A good laugh can also improve our health. The Mayo Clinic reports that laughter can relieve stress, improve the immune system, and even relieve pain. In her online piece “Laughter Is the Best Medicine,” forensic psychiatrist Kavita Khajuria discusses the mental, physical, and spiritual benefits of laughter and a sense of humor, reinforcing the findings of the Mayo Clinic and writing: “Of all the commonly endorsed character strengths, humor contributes most strongly to life satisfaction.”

Laughter can also act as medicine for a culture. The humor in classics like Cervantes’s “Don Quixote,” Dickens’s “A Christmas Carol,” Mark Twain’s “Huckleberry Finn,” or Bulgakov’s “The Master and Margarita” may range from satire to simple jokes, but the intention of the authors is to bring a smile to our faces as well as a lesson to our hearts. Cervantes mocked chivalry, Dickens miserliness, Twain racism, and Bulgakov communist authoritarianism. And they did so in part by inducing laughter in their readers.

From the musical comedies of Gilbert and Sullivan, which poked gentle fun at Victorian manners and mores, to the sometimes savage satires of Evelyn Waugh, writers have used humor and wit to cast a light on what they considered the absurdities of their age.

In Rafael Sabatini’s novel “Scaramouche,” we find this line: “He was born with a gift of laughter and a sense that the world was mad.”

That laughter helps keep us sane in a mad world.

Our Treasure Chest of Humor

In the last few decades, comedy has lost some of its class. Many standup comedians routinely lace their performances with obscenities, and some of the movies and television shows purporting to be comedies often offer entertainment that is as crude and juvenile as locker room humor in a middle school. Many of our writers and performers apparently believe that we have lost our appetite for the high-class drollery of an Oscar Wilde, or the innocent and zany buffoonery of a Lucille Ball, and give us dreck instead.

On the other hand, however, we have an attic filled to the eaves with clean traditional comedy, books, plays, poetry, and movies possessed by the power to entertain and teach, and to make us laugh. If we look just at one category, romantic comedies on film, we can find older classics like “It Happened One Night” or “His Girl Friday,” musicals like “The Music Man” or “My Fair Lady,” or more recent romcoms like “Sleepless in Seattle” or “Ground Hog Day.” All of these bring smiles, and all have lessons to offer if we push into the story.

A good laugh brings sunshine in the darkest times. The writers of comedies aim to entertain their audiences and let some light into their lives.

All we have to do is open the shutters and blinds.