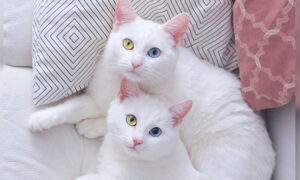 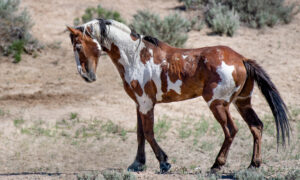 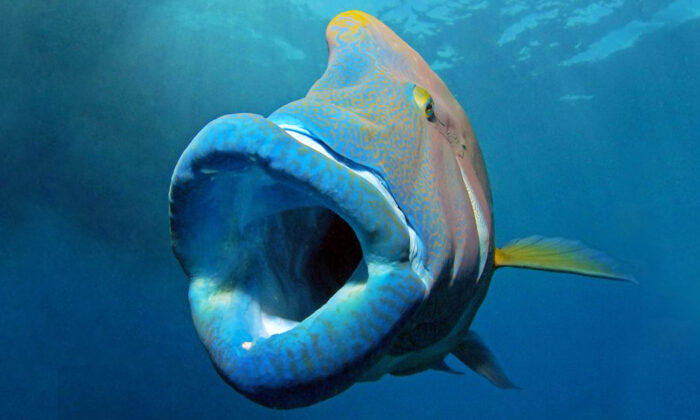 A stunning fish with huge lips and intricately patterned scales has been caught on camera by a marine photographer. In the eye-catching snaps, the fish’s impressive size and unique features are perfectly showcased against the rich blue of the Indonesian ocean.

“I think how lucky I am to be there, and how amazing these creatures are,” Gary, from Perth in Western Australia, told Caters News.

“I then try and position myself to how I think the picture will show the best parts of the fish and also show the character of the animal,” he continued, explaining his approach to underwater photography.

Gary said that “most things are safe underwater” if one doesn’t try to touch or startle them. “A bit like how a stranger would be if you rushed into their house instead of ringing the doorbell,” he said.

The diver and marine photographer asserted that he has never been attacked by a marine animal, not even by a shark.

The Napoleon wrasse fish, otherwise known as the humphead wrasse—scientific name Cheilinus undulatus—is the largest member of the Labridae family of carnivorous fish.

According to Dive the World, the exquisitely patterned Napoleon wrasse received its moniker because of the hump over its head that resembles the bicorne hat made popular by Napoleon Bonaparte. Male fish may develop a black stripe along the sides of the body in addition to their electric-blue-green pattern; females are red-orange in color.

Allegedly, Napoleon wrasse fish in more protected areas actively seek out tactile interaction and have even been known to bond with individual scuba divers.

The fish’s prime habitat is the reefs of the Indo-Pacific, says the IUCN, but the species is sadly vulnerable to overfishing. The Napoleon wrasse, which can live up to 30 years and grow up to 6 feet in length, has long been exploited for the fish export trade in Southeast Asia for its coveted flavor, texture, and monetary value.

Controversially, the hard-to-catch juvenile Napoleon wrasse are often caught using cyanide; this fishing method is heavily criticized among marine conservationists as it is known to kill living coral. The beautiful Napoleon wrasse is currently listed as “endangered” on the IUCN Red List. Its enduring survival relies upon marine conservation efforts.

Marine photographer Gary Brennand’s amazing photographs of the hump-headed fish with the perfect pout are helping remind conscientious wildlife lovers of the importance of protecting the ocean’s most vulnerable creatures.

Gary adores the process of scouting for subjects and setting up a shot; however, he admitted that underwater action shots can be challenging to get right. Capturing a photograph of a marine animal displaying its natural behavior, he said, involves undertaking preliminary research in order to understand the creature and how best to interact with it.

“To get behavior shots I would study the actions of the fish or turtle over quite a number of dives,” Gary told Caters, “this lets me predict when they would do a certain action and allows me to get into position to capture it.”

Gary’s favorite marine animal to photograph is the turtle. The photographer praised them for being “so chilled out” and “very calming to be around.”

Gary even went viral for a series of amusing underwater selfies in 2014, telling the Daily Mail, “Most think it’s pretty cool I’m able to take pictures with such an array of animals.”

Beside the Napoleon wrasse, the diver has amassed photographs of himself with barracuda, whale sharks, lion fish, turtles, potato cod, and jellyfish. “I’ve even had my teeth cleaned by cleaner shrimp,” Gary said.