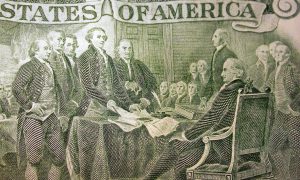 The Forgotten Warning of the Founding Fathers
0 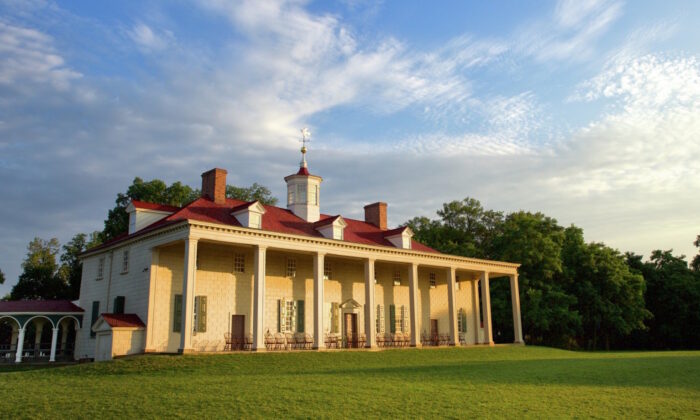 MOUNT VERNON, Va.—Mount Vernon, the home of George Washington, is one of the most iconic landmarks of our nation. The austere mansion and surrounding farm in northern Virginia, just south of Washington, represents so much about our first president’s own values and ambitions.

Much of what Washington believed was possible of our nation at its beginnings was reflected in his work and improvements at Mount Vernon.

In his lifetime, George Washington took on many titles and roles. He served as a major and ambassador in the French and Indian War. He was the commanding general of the Continental Army, and served as the unanimously elected first president of the newly formed United States. But perhaps the title most dear to his heart was that of entrepreneur and farmer.

Washington was a man who loved his home, and for all the twists life threw at him, was always trying to return to it.

He was a man who believed the country would succeed through its own resources, ingenuity, and innovation. His own farm and businesses reflected this belief. He was, at his core, an entrepreneur and opportunist with a revolutionary approach to society, farming, and business.

At its prime, Washington’s estate contained 8,000 acres, divided into five separate farms. He believed that opportunity, wealth, and prosperity were found in owning land. Even though Washington was a staunch supporter of the colonial currency and trade during the war, he believed land ownership to be the surest way to wealth, and encouraged his farm manager to acquire land whenever possible as an investment tool.

The seeds of revolution were planted in Washington’s heart long before the Revolutionary War. As a farmer in Virginia, he was at the mercy of the London merchants to sell the tobacco that he grew. The merchants would sell his tobacco overseas and use the proceeds to buy whatever supplies in England he had requested for that season. That system inevitably left Virginia farmers in debt, because the merchants set their own prices for buying and selling. This economic tyranny stirred within Washington a sense of injustice that would later fuel his fight for freedom alongside a new nation.

Washington’s uniqueness lay in his unwillingness to accept life as it was. He continually saw the potential for what could be. Enraged by the tobacco consignment system, he switched from growing tobacco to grains—wheat and barley being the most prominent crops. He purchased a gristmill so that he could process his own wheat, eliminating the need to send it away or rely on anyone else to get the job done. In doing so, he made Mount Vernon one of the first vertically integrated enterprises in the United States.

Eventually, Washington would have a hand in every step of the manufacturing process. He grew the grain, ran it through his innovative and highly efficient 16-sided chafing barn, processed the grain at his own gristmill, and sold flour, bread, biscuits, and whiskey under the brand name G. Washington. In the 1790s, he retooled his gristmill with a new design, where each step of his process was hydro-powered. In his ability to innovate at every step of the process, Washington was the quintessential American.

Over the years, he became an increasingly strong advocate of buying products made in America, and didn’t believe the future of the states would be dependent on foreign trade. Rather, he looked to the West, believing that fertile grounds and resources there would lead to the country’s prosperity.

Even the location of Washington’s home is significant.

The mansion at Mount Vernon began as a one and one-half story house built by his father. Rather than build a new, separate home, Washington added to and enlarged the original home—seeing the potential in what was already there.

In the New Room of the mansion, grandiose paintings of the Potomac River hang on the walls. Washington believed that waterways would become the key to westward expansion in the United States, and so the mansion itself is located on the Potomac River, which he believed would offer opportunities for growth.

As commanding general and then as president, Washington refused to make himself untouchable. Rather than accept the pomp and circumstance of a king, he made himself accessible to the people; he and his wife, Martha, were known for their hospitality.

In 1798, the Washingtons hosted nearly 700 guests at their mansion.

The tragic paradox of the birth of America is that many of its fathers, so dedicated to ideas of freedom, made their profits and livelihood by denying that same freedom to others. Washington, like many others involved in the making of this nation, carried out his innovative ideas and tactics through the labor of slaves.

As he aged, Washington’s unease with slavery began to grow. Two of his closest staff officers during the war were John Laurens and Alexander Hamilton, both staunch abolitionists. Washington was a proponent of Laurens’s plan to create a regiment of free black soldiers in South Carolina. While Washington never spoke publicly against slavery for fear of rocking the fragile boat of the new Union, in his will, Washington instructed his 123 slaves to be freed after his wife’s death. He was the only founding father to do so.

In 1858, the Mount Vernon Ladies’ Association purchased the home and saved it from dilapidation. The mansion and one of the surrounding farms have been restored to reflect how they would have looked in Washington’s day.

When Mount Vernon had to close its doors earlier this year in response to the pandemic, its employees focused on keeping a wealth of information available by putting many resources online. Visitors to Mount Vernon’s website can take a virtual tour of the mansion, read about Washington’s many exploits and endeavors, and learn the ins and outs of running a large farm. The website makes for a wonderful homeschool or additional learning resource.

Since reopening, the staff members at Mount Vernon have taken numerous health precautions. The reenactors wear masks (to ward off smallpox, the epidemic of Washington’s time), and social distancing is encouraged whenever possible.

The employees and staff at Mount Vernon are still reflecting on Washington’s ability to adapt and innovate in every situation, offering our nation hope that when this pandemic is behind us, the Founding Father’s home will still be standing strong.