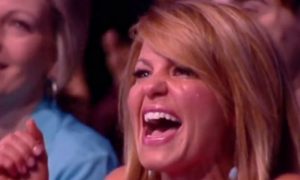 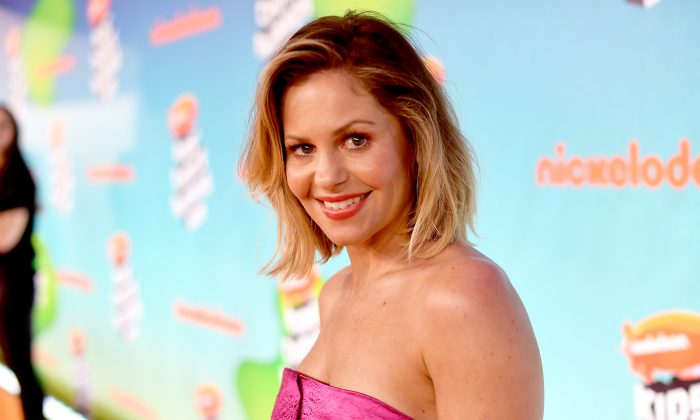 Actress Candace Cameron-Bure has made a huge success of her on-screen career. Becoming a household name as DJ Tanner on “Full House,” she later revived the character as DJ Tanner-Fuller on “Fuller House,” co-hosted “The View,” and now acts and directs television movies for the Hallmark Channel.

But it hasn’t always been easy for the California native; once upon a time, Candace had to navigate being discriminated against for her strong Christian faith.

Candace and Valeri have three children together: Natasha, Lev, and Maksim.

Recalling her time spent co-hosting daytime television talk show “The View” from 2015 to 2016, Candace explained, “That was the easiest part for me, to be able to talk about my faith and share my faith.”

Candace has long been open about her strong Christian faith. When asked by host Wendy Williams whether she had ever been criticized for her faith in terms of acting jobs, Candace replied without hesitation.

“I have experienced discrimination in the faith department for sure, in my career,” Candace revealed. “But I don’t experience it as much now.”

Back in the day, Candace recalled, things were different. “I’d been booked for things and then I would get canceled, like, a few days before,” she said. “The booker would go, ‘Oh, yeah, we don’t want her on.’”

“That happened a handful of times,” Candace remembered. But a handful of past rejections has neither held her back nor dampened the actress’s spirit.

The actress attributed the subsequent turnaround in attitude to her peers and potential bookers coming to understand her stance. “I think [it’s] because so many people know me for it,” Candace said. “So I think they look to me for my faith, and if they’re not looking for that then they probably just don’t hire me.”

Candace’s fourth book, Kind is the New Classy: The Power of Living Graciously, was published in April of 2018. “We need to put the spotlight back on kindness,” Candace implored, speaking to Fox News shortly after the book’s publication. “We can start with the small things, and let’s change the culture by changing ourselves.”

Candace explained that her inspiration for the book came from being asked how she stayed calm when she felt like people were attacking her faith. “I thought, ‘Let me write down the tools that helped,’” Candace said.

“I always like to go into meetings or conversations with people that I know may have an opposing point of view and have compassion towards them,” the actress said. “You can be strong and kind, you can be kind and ambitious, you can be kind and respectful. All those things. It’s just a balance!”

Despite experiencing discrimination, Candace has never loosened her firm grip on her faith. In doing so, she’s finally found her place in the industry she loves.