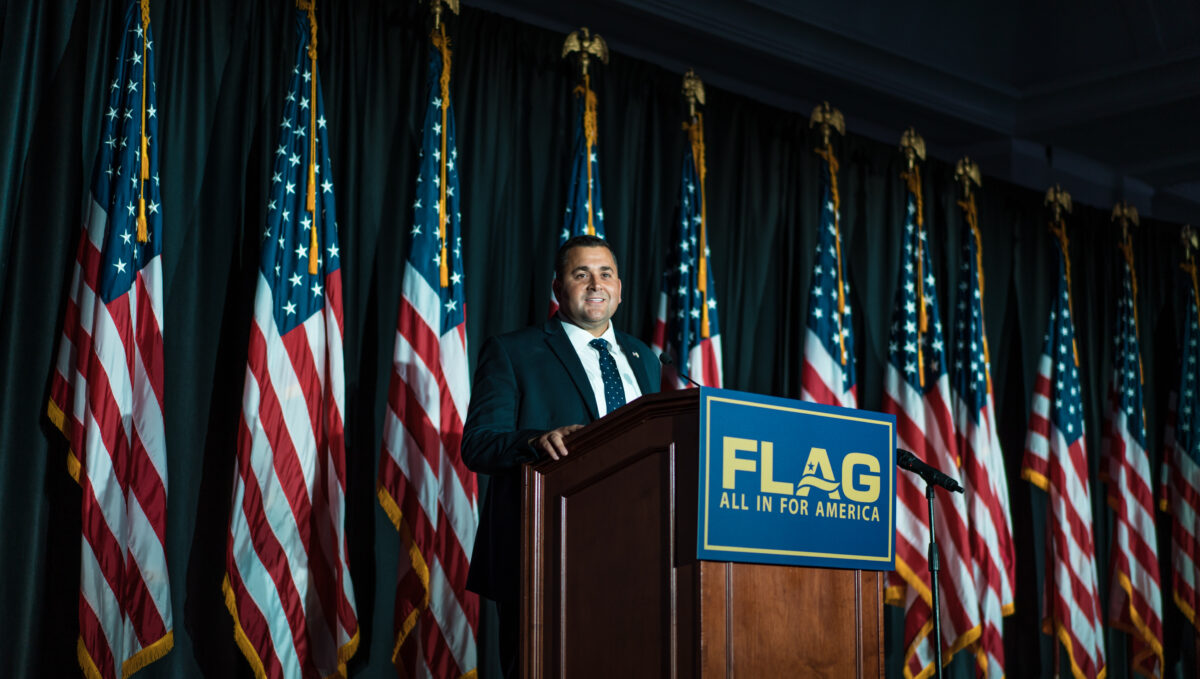 From the Land of Oz: An Aussie-Born U.S. Citizen Explains Why It’s Important to Teach Kids to Love Their Country

An Australian-born naturalized citizen is determined to teach American youth how to love their country
BY Krista Thomas TIMEJune 27, 2022 PRINT

From sea to shining sea, the greatness of the United States of America has been seen in gleaming alabaster cities, purple mountain majesties, fruited plains, and waves of grain for over two centuries. The sacrifices of everyday heroes, whose engraved names mark monuments and tombstones, have enriched the greatness of this nation since before the Revolutionary War. Yet still today, there are patriotic citizens pledging allegiance every day as Old Glory waves in the wind at sports events, corporate offices, city streets, front porches, or flagpoles.

“American flags are everywhere. You have to hunt to find the flag in Germany or Australia. That’s not the case here; it is omnipresent!”

Coming from a perspective of deep respect, admiration, and appreciation, naturalized citizen Nick Adams speaks as one of the many thousands of legal immigrants who arrive on America’s shores ready to make good on their personal dreams of success.

He believes the United States is considered the most patriotic country in the world.

Adams, who legally immigrated from Australia in 2016, sought citizenship in a land of best opportunity. Though his journey through the system was arduous, his American dream had only begun. His garage, in fact, helped set the stage for today’s booming educational, patriotic enterprise, which brings civic-centric programming to American youth through FLAG, or the Foundation for Liberty and American Greatness.

“What we do resonates with donors who share a concern for the direction of the country and a frustration that civics isn’t being taught anymore,” said Adams. “We want every young American to tie their personal dreams to love of country. We see that as the answer to the increasing lack of patriotic pride in our youth.”

FLAG’s mission helps students build upon fundamental civic knowledge and understand their role as active citizens. Adams founded the nonprofit; his dream is gaining momentum as parents and educators embrace his efforts to re-educate children in a system that no longer teaches civics effectively, if at all, in the classroom.

Adams’s own success reverberates in the classroom. With a craft for storytelling, he tells young Americans of his journey to becoming a citizen, how he overcame stage 4 cancer, how he became a presidential appointee for the Wilson Center, how he wrote best-selling books, and how he lives out the American dream as a motivational speaker and television commentator.

With a $2 million budget, Adams’s 100 percent non-political organization aspires and inspires, he said, through passion that energizes schoolchildren.

“Patriotism requires passion. Through amplifying the voices of legal immigrants and capturing the hearts and minds of young Americans, we are successfully showing them how to appreciate the American opportunity.”

His presentations have a three-fold mission: to rally against socialism and preserve the American way of life, to fight the false narrative that paints a picture of America as a terrible country, and to teach the foundations of civics to young Americans.

With infectious enthusiasm, Adams projects continued rising demand for his organization’s resources and seminars. Testimonials from students and staff flood FLAG’s headquarters, The Andrew Adamopoulos Logistics Center, named after Adams’s father, in Tarpon Springs, Florida. Depending on the grade and emphasis, presentations cover America’s founding and U.S. Constitution, the U.S. immigration system, and Entrepreneurship 101. Certified FLAG ambassadors, including Adams himself, introduce live, engaging historical content in a way that reignites children’s enthusiasm at all grade levels on campuses across the country.

“In modern America, there are Americans who truly remember what patriotism was and is. However,” he added, “there are younger Americans who have a different idea of what it means to be patriotic.”

In fact, FLAG’s Patriotism Study conducted just a few years ago found that younger citizens are losing the American spirit. It confirms Adams’s reason for founding the organization. As stated in the study: “Americans ages 14–37 are less likely to consider themselves American patriots, less likely to aspire to entrepreneurship, and less aware of the inalienable rights enshrined in the Constitution.”

From a grassroots level, educators welcome visits from the FLAG team but also extend learning through lesson plans, professional development, and student-friendly versions of the U.S. Constitution, the Declaration of Independence, and the Federalist Papers.

When Adams introduces the idea of civics at a school or youth gathering, he asks students what makes the United States Constitution so special. The typical answer, he said, is freedom.

“And then I ask if the United States is the only country that has a constitution. It is the greatest document ever written! It is because every single time any other country or government or people have attempted to write and pass a constitution, it has always laid out powers of government and the limits of the people. The United States Constitution gives us the opposite, stating the powers of the individual and the limits of the government. This is why American exceptionalism is so great!”

With just over 1 million students served since FLAG’s inception, the impassioned founder plans to pivot with extended outreach of FLAG’s pilot programming in 2022.

“The 21st century is the American century,” he said. And with the launch of his new vision, 2076 Project, his goal is to help preserve America and celebrate its 300th birthday. The best way to do this, he said, is to combat critical race theory, teach Americanism, promote the American dream to future generations, and celebrate 300 years as the freest country in the world.

The project’s details were still under wraps at the time of the interview, but Adams noted that the lack of true patriotism can be linked to a cultural mindset.

“There is a widespread war against patriotism through political correctness doctrines. We cannot have confidence to say, ‘America is great!’”

He emphasizes the fact that true patriotism requires an opinion in order to protect America.

“Patriotism is a love of country and is one of the most understated and wrongly defamed virtues that we have. Patriotism got the wrong wrap following the world wars in the 20th century in that patriotism was blamed for the atrocities caused by war. It is easier to blame patriotism than it is to blame evil. But they got it wrong.”

Where FLAG gets it right is to encourage citizens at the early levels, giving them an appreciation for America’s values and important documents through patriotic messaging.

No other resource on the market, he said, has been as effective at reaching hearts and minds and sharing the greatness of this nation. It helps that the messenger is very grateful to live the American dream with opportunities that abound. The happy warrior plans to instill an appreciation for America’s greatness in younger generations, hopefully beyond 2076 and the anniversary of this country’s founding.

That’s if the all-natural patriot can continue helping his country from sea to shining sea.