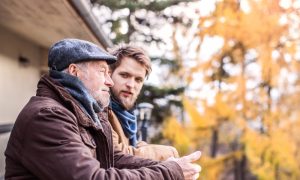 Feeling All Alone? You're Not
0
Share Now
TelegramFacebookTweetEmailTellMeWeReddit
Copy Link 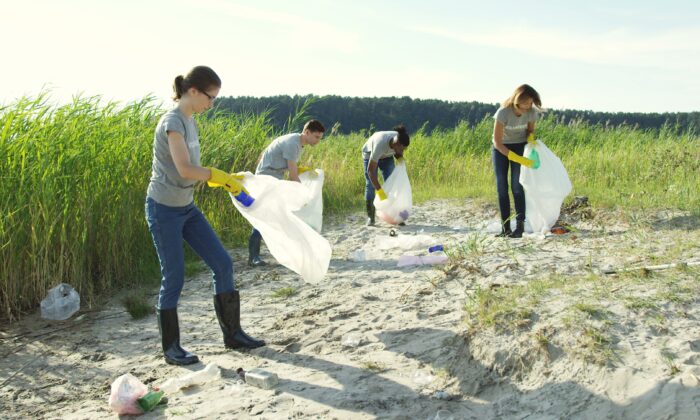 Most likely, we all know people who don’t wait on some other person to address a problem and so improve, however minutely, the world at large. (Shutterstock)
Life & Tradition

From the Bottom Up: One Way to Repair Our Broken Culture

In early September of 2019, Gail Contreras, a reader of The Epoch Times, sent an email to my editor regarding a column I’d written on cursing:

“I really enjoyed the article in the August 22 paper. I, for one do not like cussing. I am a nurse in surgery and sometimes act as the day charge nurse. I have made it a request at work when staff are in the front office they do not cuss. We are educated professionals and I feel it is demeaning and frankly unnecessary when we are talking to each other. We would never talk like this in front of patients, why would we talk to each other this way. The great thing is people are actually complying. So much so that the secretary will say something when staff cuss in the office who may not know my request. It hasn’t been that difficult to get people to change their behavior on this topic. I think if someone simply brings it up, change can happen.”

Intrigued, I emailed Mrs. Contreras and asked if she might be willing to speak with me by telephone as a follow-up to her note.

Gail, as she preferred to be addressed, has a pleasant, lively voice and a quick wit. The hospital where she works is near San Francisco—“Be sure to mention that,” she said. “We’re not all crazy here in California.” She told me she had gotten tired of cussing—“We wouldn’t talk that way in front of our children”—and as the nurse in charge of that particular office asked that everyone stop using foul language.

The compliance of her fellow workers surprised her. No one resisted. In fact, her request became a sort of a joke among the staff: “When Gail’s in charge, we don’t cuss.” As she wrote in her email, this change in deportment helped create a more professional environment in the office.

Just before ending our conversation, Gail laughed and said to me, “Talking to you is one of those moments of serendipity I love. I’m a new subscriber to The Epoch Times, and your article on cussing was in the first issue I received. And now, here I am, two weeks later, talking to you on the phone.”

In this case, the honor was all mine. Gail is a practitioner of an idea I have long advocated, even though I myself often fail to put it into action.

Here is a woman who brought a positive change into the world. A small change, yes, but one that polished a small corner of the world. Gail made no demands, she issued no orders; she simply asked her coworkers to change their use of language. Given Gail’s lovely personality, I can understand why they were happy to comply.

Many of us grouse about our culture, which is flawed, often crude, often impolite, and in some cases, barbaric. But complaining changes little. If we wish to better that culture, if we wish to return civility to our society, if we wish for a sea change in the sunken values of our civilization, our best course of action is to follow Gail’s example. We can quit waiting for “someone” to do something and instead begin transforming ourselves and, when possible, those around us.

Years ago, an anesthesiologist I knew who had first served in the Navy and then in a civilian hospital bought an American flag for his front porch. His third-grade son and some friends were present, and when Eric had secured the flag, he said, “Hey gang, let’s recite the Pledge of Allegiance.”

Not one of the kids knew the words.

Some of us might shrug off that ignorance. Some might shake their heads and express their dismay, or wonder aloud what kids were learning in school these days.

He approached the school about teaching the Pledge—not just to his son’s class, but to all the students. Granted permission to do so, he purchased a number of American flags, found a place for them in each classroom, explained briefly to the students the importance of the flag and how to treat it, and then taught them the Pledge.

Once again, change from the bottom up.

Most likely, we all know people—or perhaps some readers are those people—who don’t wait on some agency or some other person to address a problem and so improve, however minutely, the world at large.

A Scout leader in Asheville, North Carolina, helped many boys, including my youngest son, to attain the rank of Eagle and was revered by the parents for his disciplined approach to scouting. Dissatisfied with both public and many Catholic schools in the United States, a woman I know here in Front Royal, Virginia, Mary Kay, founded a Catholic homeschooling company that has positively affected the lives of thousands of young people. Another woman of my acquaintance, Jennifer, compiled a list of birthdays of her siblings and their children and grandchildren—we’re talking 50 or more people—and sends them a card of celebration on their big day.

Now, an example from my own life: In 2004, my wife, who was 52 years old, died from a brain aneurysm, leaving me and our four children bereft with grief. My oldest two children were in college or just graduated, the other two boys were 15 and 9 when their mother died. I felt alone, grief-stricken and stunned, uncertain how I could possibly continue alone.

Then, came the ones who know how to make a difference. Family members, friends, and parents of my students rallied around me. They contributed to an education fund set up for my children by my mother-in-law. For almost a year, they brought my family suppers two or three times a week; they entertained and helped educate my youngest son while I worked; they sent notes and emails of encouragement, not just after the funeral, but for many weeks.

Each of these individuals helped me to keep moving forward. Each made a difference.

The first stanza of a hymn published in 1913 by Ina Ogden captures the attitudes of the people whose small deeds bring fire into a darkened world:

“Do not wait until some deed of greatness you may do,
Do not wait to shed your light afar;
To the many duties ever near you now be true,
Brighten the corner where you are.”

“Brighten the corner where you are.” That pretty much says it all.