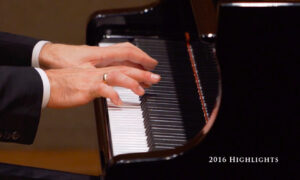 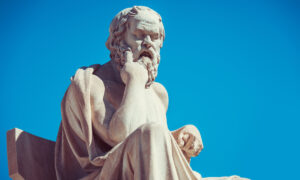 The Truth Behind Socrates and the Socratic Method
0 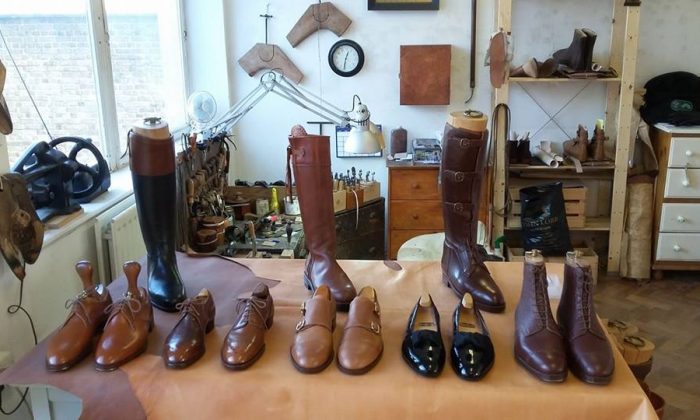 From Spain to London: Stepping Into the Bootmaking Tradition

Crespo shares how he traveled the globe and was inspired to apprentice in the art of bootmaking, a tradition familiar to his father, who was a cobbler. It’s a journey that took Crespo to two different worlds, both steeped in tradition yet miles apart: from an old master in a remote Spanish village to an old English bootmaking establishment in the heart of London.

Now, he is freelancing with two prestigious London bootmakers (John Lobb, and Foster and Son), as well as having his own workshop. In 2016, Cockpit Arts awarded him the National Association of Decorative and Fine Arts Societies (NADFAS) award, and in 2018 its Leatherseller’s Award.

Crespo recounts the lessons his shoemaking craft has taught him and the importance of keeping tradition alive.

The Epoch Times: Why is it important to keep traditional craftsmanship like shoemaking alive?
Mariano Palencia Crespo: Crafts are really important because they’re a part of our life, part of our history. So if nobody wants to learn how to do these things, or you don’t pass down this knowledge, they will disappear; they will die out, and it’s really sad to see.

The Epoch Times: Before learning from a Spanish master, you traveled a lot. How did those travels inspire your craft?
Mr. Crespo: I traveled for 10 years backpacking around the world, working every other six months or a year, earning money, and when I had enough money, I traveled. After 10 years, I … felt I had to settle down and get some roots.

So I was in Prague. I was in the main square and saw this guy, a blacksmith. He was making swords by hand, and I felt moved. “[I thought] I would love to do some craft,” and because I had the knowledge of shoemaking, I decided to go back to Spain and try to find someone who was happy to teach me. It took me a year searching for a shoemaker in Spain.

It wasn’t easy, until I met this old man. He was in his 80s, and I was lucky he took me under his wing and taught me what he knew about shoemaking. This was in the south of Spain, in San Silvestre de Guzmán (Huelva), a remote village of 600 people right next to the border with Portugal.

He was a retired man and did it as a hobby. He wasn’t expecting anything in life anymore. This is what I think. I never talked about this with him. … But I think for him it was something new, in a way: “OK, I will pass down my knowledge. I feel comfortable with this guy and why not.” He was open-minded and he did it, I think, for that reason.

His father was a shoemaker too, so he was a second generation of shoemakers, and they were specialized in country working shoes, boots, and riding boots. I was there for three to four years.

In the south of Spain, people still keep their traditions alive. There’s a religious festival called  Romería, where they move a [statue of a] saint from place to place. Everyone in the procession dresses up in traditional Andalusian costumes, and they travel with their animals and carriages, the old way of transport. That costume requires the long  Spanish riding boots, so that’s why these people still buy these boots. The boots are also bought by bull fighters, horsemen, and cattle herders who work in the region.

The Epoch Times: How long and what did it take to learn the art of making Spanish hunting boots?
Mr. Crespo: The thing is, this is very repetitive work. When someone shows you how to do it, you just do it again and again, and then someone will point out the mistakes. You correct those, and then they will guide you to achieve the right way of doing it.

They would teach me every month, step by step. Sometimes we repaired things, because that gives you an idea of how things are made.

It takes three to five years to understand what you are doing, but then it will take your entire life to develop and improve those skills. Someone who is quite old will produce the best product after all those years of experience.

The Epoch Times: Tell us how you secured an apprenticeship with world-renowned London bootmaker John Lobb.
Mr. Crespo: I met this Englishman in the south of Spain, and he said to me, “You need to go to my house; I want you to meet my family.” I never had time, and I didn’t have much money back then. For my birthday, he gave me an envelope, and he said, “This is your birthday present.” He gave me a flight ticket to go to the UK and [let me] stay in his house with his family. “OK, whoa! Thank you very much; I’m going to England.”

At that time, I had a book of the very best shoemakers around the world, and one of them was John Lobb. So when I went to England, I visited the workshop and brought with me a pair of shoes that I had made in Spain. The staff really liked them, and they gave me the opportunity to come to London and work for them. In 2009, a year, almost two years, after my trip to London, I made up my mind and decided to take an apprenticeship with them. I’m still working for them [as a freelancer.]

The Epoch Times: How was your time as a London bootmaker apprentice?
Mr. Crespo: It was very interesting because, when I went to England, I thought I knew everything about shoemaking, and then I realized: “Oh, not really, I don’t know that much, actually.”

Here, they use techniques that back home in Spain they don’t know, and the people who knew those techniques have now passed away. I discovered different ways to make shoes and boots, so it was very important for me to learn those things that I didn’t even know existed.

The Epoch Times: Now you have your own workshop. If we were to come to you for a pair of shoes, what should we expect?
Mr. Crespo: To make a pair of shoes or boots, you need to first measure the customer’s feet and then produce the “last,” which is a piece of wood made of, normally, Romanian beechwood. To make a pair of lasts, you measure the shape of the feet with a piece of paper, taking down the outside measure of the feet, then the joints, the instep, and heels. From those measurements, you carve the wood down with rasps, knives, and sandpaper to get the mold of the customer’s feet. The lasts take about two to three days [to make].

The customer tells you the style of shoe or boot that they want, so you make the upper. The upper involves the outside leather and the lining which goes inside the shoe or boot. First, you make the pattern for the last, and then you transfer that piece of paper onto the leather to cut out the pieces for making the upper. You then close those uppers. Uppers for a pair of shoes would take you one eight-hour day. For boots, it will take longer because it is a different process.

Then you put everything together.

Last is sewing the welts and stitching the soles.

So we’re talking about nine days to make a pair, really. This is as long as it takes you to make a bespoke shoe or boot.

The way I make shoes hasn’t changed for 400 to 500 years. It’s still the same methods, the same techniques. The only difference these days is that we have electric lights, which they didn’t have back in the day, and we sometimes use glue if you ask for rubber soles.

Everything is done by hand, except the closing bit. Sometimes you can do it by hand, but it depends on the style. Ninety-nine percent of the uppers are closed by sewing machine. That’s the only machine that is involved in bespoke shoemaking.

The Epoch Times: Why do you think people invest in bespoke shoes?
Mr. Crespo: Well, it depends. There are people who really appreciate the craft, so they know what they are buying in terms of keeping the craft alive, and also because you can really make your own style and have your own mark on the shoe. It’s a unique piece, so people appreciate that, and they pay for that.

Bespoke shoes will be the most comfortable because they keep the shape of your feet. They go around the insides and over your feet and become very comfortable. How many pairs of shoes will you buy in 15 to 20 years? None of them will fit as well as this one, so it’s sort of, in a way, investing money.

The Epoch Times: What do you want people to know about craftsmanship that perhaps they didn’t before?
Mr. Crespo: It’s just that things take time. It takes a long time to develop the skills and to make things by hand. It’s not easy, really. It takes dedication and is time-consuming, and you need to be passionate about it.