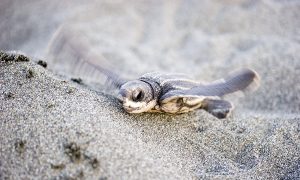 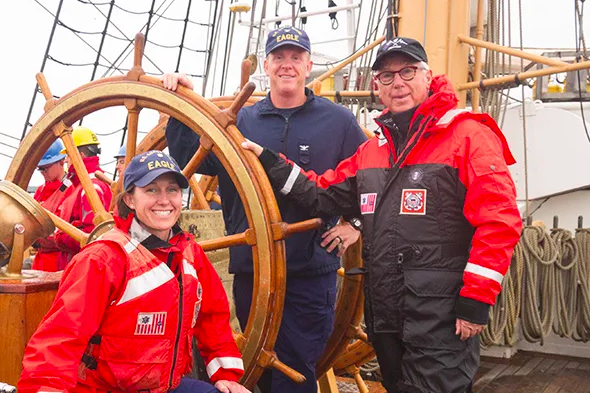 ‘Say yes to every opportunity that comes your way,’ says Ron Holland
By Channaly Philipp

Ron Holland became lost at sea one night when he was 11. He’d been sailing his dinghy, the Tempo, in Auckland’s Hauraki Gulf, New Zealand. He found himself marooned in the middle of a shipping lane, a couple of miles from shore, drifting, with no wind to speak of.

He thought of his mother. That made him cry.

Holland then had the idea of paddling toward shore, leaning over the side and painstakingly making strokes toward his hometown of Torbay. It was after midnight when, exhausted, he reached the beach where his worried mother had been shining a light out to sea.

The experience might have put anyone else off sailing for a while. But not Holland, who went on to a distinguished career as a designer of yachts for the wealthy and famous.

Love of the Sea

“I still have no firm idea why I took to the sea,” he wrote in his recent memoir “All the Oceans: Designing by the Seat of My Pants.” “I just fell in love with it, with its promise of adventure, and I was fascinated with sailing ships.”

His early love of the sea certainly didn’t come from his parents, who he described as “landlubbers.” When he was just 6 years old, he asked for a dinghy for his seventh birthday.

His parents had limited income—his father was a dental technician and his mother a housewife—but they managed to come up with the money for a first and then second sailing dinghy.

His mother must have been scared but she never cautioned him more than to say, “Wear your life jacket, Ronnie, and be careful,” he recalled.

It was only a matter of time till his natural talent started winning him races.

While his racing life flourished, his school studies fared poorly. He could see the point of memorizing the times table or spelling but couldn’t master either; he was most accomplished at drawing.

“I have to say I was an academic disappointment, to put it mildly,” he wrote.

Still, it just took one teacher to light the love of learning in his heart. Though he was having trouble reading and writing, she gave him books that he devoured: tales of Captain James Cook and his explorations of the Pacific, and of other adventurers at sea.

“I became a ‘bookworm,’ albeit without ever mastering spelling,” Holland remarked.

But his love of learning was all channeled into the world of oceans, boats, and racing.

He ended up dropping out of high school and took up about every opportunity that came his way, demonstrating the self-reliance that Kiwis—physically isolated from much of the rest of the world—are famous for.

He went from a boat building apprenticeship to boat designing, acquiring his first commission, for a 16-foot sloop called White Rabbit, at the age of 18.

The rest of his story reads like a cascade of adventures, as he sails the world over—Cuba, the Isle of Wight, Tahiti— along the way winning the Quarter Ton Cup in 1973 with Eygthene in St. Petersburg, Florida. He’d noticed he was perhaps “one of three people who designed, owned, and skippered their own design.”

His victory at the Quarter Ton Cup got him a phone call from Ireland—and an invitation to come design for a businessman and yachtsman there, presumably for a few days. He ended up staying for 40 years, opening a design studio in Kinsale.

He went on to an impressive career, designing for example the world’s largest sloop, the 247-foot Mirabella V, and Ethereal, a hybrid superyacht.

Last month, Holland, who is based in Vancouver, was honored with a Lifetime Achievement Award at the 2019 Boat International Design & Innovation Awards.

Who could have predicted that Holland, a school dropout, would go on to such heights? Or that he’d be teaching engineering students in the master’s program at the University of Auckland in his home country?

It’s no wonder the students asked him how he managed such great things in the world of racing and yacht building.

His answer: “Say yes to every opportunity that comes your way. And the opportunities are always coming. Look out for them. Believe in yourself. Don’t let others tell you what to do because nobody can know you like you do.”

“Be interested in everything. Just keep saying yes and never stop learning.”