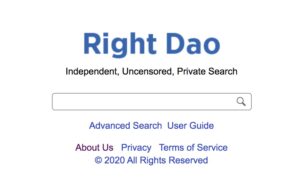 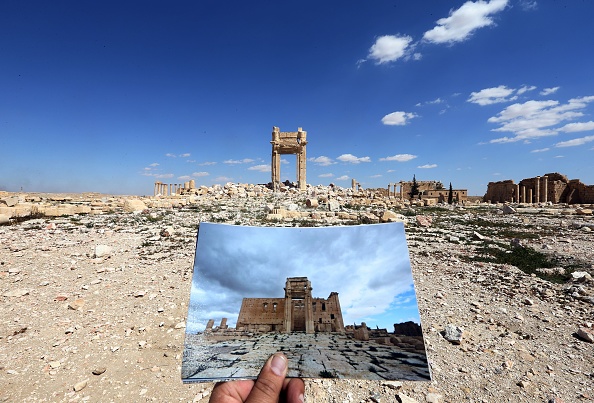 A general view taken on March 31, 2016 shows a photographer holding his picture of the Temple of Bel taken on March 14, 2014 in front of the remains of the historic temple after it was destroyed by Islamic State (IS) group jihadists in Sept. 2015 in the ancient Syrian city of Palmyra. (JOSEPH EID/AFP/Getty Images)
Tech Products & Reviews

A French startup is using drones and 3D technology to create digital reconstructions of cultural heritage sites destroyed by conflict in the Middle East.

Technicians at Iconem, a Paris-based startup, use drones and digital cameras to take hundreds of thousands of photographs of at-risk or destroyed cultural heritage sites such as Palmyra and Aleppo in Syria and Mosul in Iraq.

Information technologists then combine the use of specially created algorithms, artificial intelligence, and supercomputers to process the photographs to produce the 3D reconstructions of the sites.

The startup hopes that their digital reconstructions will be used when the time comes to rebuild war-torn cities such as Aleppo and Mosul.

“And this 3D model that we’re in the process of generating will help to make the general map and the land register of the city and all the urban analysis which will allow architects to decide how we will reconstruct the city. Which monuments we will be able to keep and which we can restore and which strategy we will adopt for the future reconstruction,” said Iconem founder Yves Ubellman.

Sites destroyed in the old city of Aleppo during the seven-year-old Syrian conflict include the Umayyad mosque, the historic citadel, and the Al-Madina Souq.

The group has teamed up with UNESCO World Heritage to contribute to their project to “Revive the Spirit of Mosul,” which aims to help plan the reconstruction of the Iraqi city heavily bombed during the fight against its three-year-long Islamic State occupation.

“As you know, the populations of Mosul and Aleppo will start to return to the cities as soon as the conflicts end. And of course, when inhabitants return they try to reconstruct very quickly, not always in a particularly coordinated way. So, it is important to have a vision of the city as it was before these first attempts at reconstruction,” said Ubellman.

An exhibition of the digital reconstructions opened on Oct. 10 at the Arab World Institute called “Age Old Cities, A Virtual Journey from Palmyra to Mosul.”

Roger Givarnet, a visitor at the exhibition, said, “I feel sadness because I visited Leptis Magna and Aleppo before the bombings and it’s heart-wrenching, really because it was it was a very beautiful city, well-preserved with a real life to it, and to see this is saddening.”

Iconem has also teamed up with Ubisoft, a French video game company, to create an immersive virtual reality experience from the digital reconstructions, which visitors can try out.