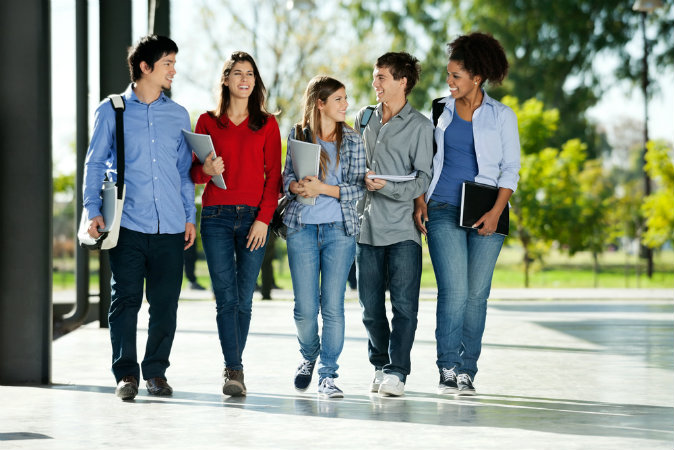 Free College Tuition for Everybody!

4 Countries That Are Making This Happen
BY College Blender TIMEJanuary 5, 2015 PRINT

It is a seemingly inescapable problem for many young Americans. The work force is getting more competitive as the bulk of new jobs are being created in highly skilled fields, yet the cost of education is skyrocketing to healthcare-esque heights.

As a result of this conundrum, many feel they are in a proverbial Catch-22, having to choose between taking on crippling amounts of debt in the hope that the jobs they seek will be there for them when they get out of school, or take their chances with a high school diploma in the job market, or as an entrepreneur.

Meanwhile, across the pond, a tantalizing Third Way is materializing, as many schools in European countries are either drastically lowering or eliminating tuition fees for foreigners in a bid to attract them to their schools.

But why? In the article that follows, not only will we review each country’s free college tuition incentive programs, you’ll find out the method behind their madness…

With the scrapping of tuition fees in Lower Saxony this past year, every single university within Germany’s borders are now 100% free to attend, for residents AND for foreigners. What’s more, the degrees that these schools offer span most disciplines, with some programs not even requiring that you put together a formal application.

This all seems too good to be true, but in this case, it is, as the government of Germany has invested enormous amounts of money to attract English speaking foreigners to German schools so that its citizens might be exposed to native speakers of the language.

Germany also has many glaring skill shortages that it is staring in the face over the coming years, so the hope is that after foreigners complete their schooling, they will have loved their time in Deutschland so much that they will decide to pursue a career here as well. Go to school for free and get a job in an in-demand field after graduation? What is this, 1955?

3 of the Best Cities in Spain to Study Abroad

Those looking to immerse themselves in a relatively obscure Central European country may want to consider spending some or all of their college career in Slovenia, as this nation offers easy access to Croatia and Italy for those seeking exciting weekend trip ideas.

In addition to only paying a paltry €30 registration fee, your meals here will also cost much less than you may be projecting, as the Slovenian government subsidizes meal plans, with the average meal costing half of what it would back in America.

While no school here tops international rankings, those looking for a piece of paper and a good time in their college years may want to consider coming to Slovenia.

If the fjords of Norway are beckoning you, then you’ll be happy to know that the schools here cost foreigners nothing to attend … not a single krone. Of course, the fact that Norway is one of the world’s most expensive countries, or that some schools in the Norwegian arctic are cloaked in 24 hour darkness for a portion of the winter will weigh on your decision, but there are many other positives that make this country a strong contender.

Outdoor lovers will have their hands full with activities such as skiing, hiking and Northern Lights viewing, while those that are serious about their academics will love the small class sizes, professor approachability and lightening fast internet access in even the most far flung of communities.

Like its Nordic neighbor to the west, Sweden also offers college programs to foreigners that are highly attractive. Unlike Norway though, Sweden’s programs do charge tuition fees for those seeking a bachelors or masters degree.

Sweden makes an exception for those seeking a PhD, waiving tuition fees for those seeking the highest attainable academic honor. The workforce of the world is getting more competitive with each passing year, with even master’s degree owners beginning to feel the heat.

For members of this crowd, this program may be the opportunity to finally break apart from the pack, all while experiencing life in a foreign country in the process.

*Image of students via Shutterstock