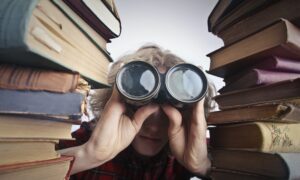 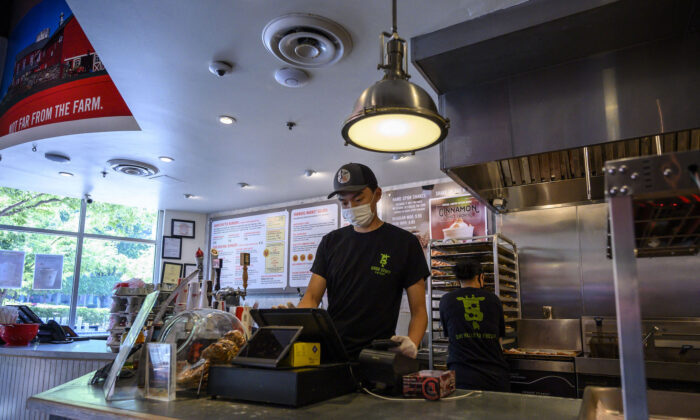 A teenager at work in a fast food restaurant in Arlington, Va., on June 6, 2021. (ERIC BARADAT/AFP via Getty Images)
Family & Home

Fostering Stellar Work Ethic in an Age of Victimhood

Happily making curlicues on cones and serving Blizzards upside down, the teenage son of a friend of mine is experiencing his first real job this summer behind the counter at Dairy Queen. So far it seems to be going well. He’s already received a raise and has been promised a position as manager once he turns 16.

This young man also seems to be an expert at raking in tips. During a recent incident, he cheerfully and politely served a woman, who then told him to keep the change from her $20 bill. He was $12 richer when she left the shop, and by the end of the day, he had $30 in his tip jar. His fellow co-workers didn’t fare nearly as well.

While the summer of COVID provided dismal job numbers for teens, this summer is already more promising. Office internships may still be a no-go, but opportunities in traditional teen summer jobs are tremendous, CNBC reports, particularly because employers have great difficulty finding qualified workers.

Why such difficulty? There are likely several reasons, but I would wager that a good deal of the difficulty stems from the fact that today’s teens haven’t been taught the three principles for job success that the young man above learned from his father: Show up on time, do your job, and ask for more work when not busy.

These principles are expounded upon in an essay entitled “A Message to Garcia.” The essay, written by Elbert Hubbard in 1899, details an incident in the Spanish-American War in which President William McKinley asked a young soldier to carry a message to the head of Cuban insurgents, Gen. Calixto Garcia. This soldier did so diligently and without questions, despite having to track down Garcia for several weeks through adverse conditions.

Hubbard goes on to describe how this type of persistence, diligence, and commitment to the task at hand was lacking in many employees of his own time. Noting that public sympathy is often directed toward the homeless, down-trodden individual who only wants a job, Hubbard reminds us that the employer’s side of the story is often forgotten:

“Nothing is said about the employer who grows old before his time in a vain attempt to get frowsy ne’er-do-wells to do intelligent work; and his long patient striving with ‘help’ that does nothing but loaf when his back is turned. In every store and factory there is a constant weeding-out process going on. The employer is constantly sending away ‘help’ that have shown their incapacity to further the interests of the business, and others are being taken on.”

Such a process happens regardless of good or bad economic times, Hubbard says, declaring that “survival of the fittest” plays into whether an individual succeeds in a job. In other words, those who, like my young friend at the Dairy Queen, take the simple advice of showing up on time, doing the job well, and even go the extra mile to make the customer happy are the ones who rise to the top.

But there’s another piece of advice that Hubbard offers, which seems quite appropriate for our culture today. He says:

“I know one man of really brilliant parts who has not the ability to manage a business of his own, and yet who is absolutely worthless to anyone else, because he carries with him constantly the insane suspicion that his employer is oppressing, or intending to oppress, him. He can not give orders, and he will not receive them. Should a message be given him to take to Garcia, his answer would probably be, ‘Take it yourself.’”

In other words, this employee is a prime example of someone with an attitude, sporting a victimhood mentality and ready to show how he has been treated unfairly. Unfortunately, it seems likely that this type of individual is even more common today than he was more than 100 years ago when Hubbard penned these words.

While it’s discouraging to be surrounded by individuals who hawk their alleged victimhood even on the job, the encouraging thing is that we know a better way, both for ourselves and to pass along to our children. Like my friend, who is raising his son to show up on time, to be diligent on the job, and to go the extra mile in serving his employer, we, too, can adopt this method in our own offices, jobs, and homes. Chances are, such efforts will be noticed and met with success, especially in a world where victimhood is par for the course.

Annie Holmquist is the editor of Intellectual Takeout and the online editor of Chronicles Magazine, both projects of the Charlemagne Institute.