Former Singer Wondered Why Shen Yun is Banned in China 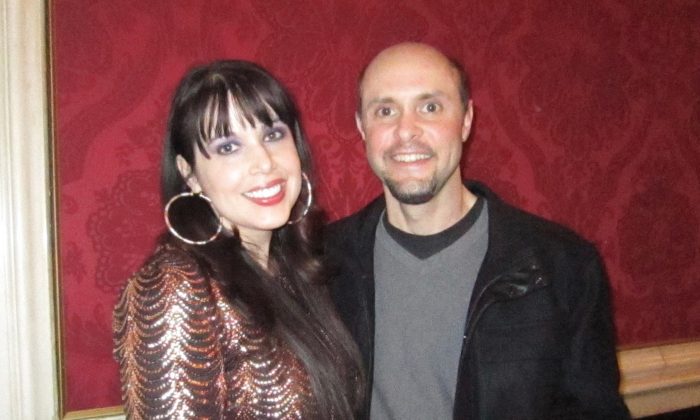 BOSTON—A former pop singer was curious to know why Shen Yun Performing Arts could not be seen in China, and when she saw the show on Jan. 24 at the Boston Opera House she felt compassion for Chinese people.

“You could feel everything,” said Candice Jones who works as a financial sales executive for Madison Resources. She understands that her feeling was not the same as what the Chinese people must feel, but she could only imagine that.

The New York-based Shen Yun classical Chinese dance company formed in 2006 to fulfill a wish “to revive the true, divinely inspired culture of China and share it with the world,” states the Shen Yun website.

The classically trained Chinese artists wanted people outside of China to know that China’s original divine culture was almost lost after the Cultural Revolution in the 1960s and ’70s. For the past 60 years, atheism has replaced what was once a divinely inspired culture that relied on principles of Buddhism and Taoism.

Ms. Jones said, “I think they should stand up for what they believe in, I really do.”

She deeply understood what Chinese people must be going through based on the emotion she felt from the dancers.

“It was very emotional,” she said. Ms. Jones realized the performing arts company was trying to get their brave message out.

“I thought it was very interesting that it could not be demonstrated in China.”

Ms. Jones and her boyfriend, Kevin Weiner who owns a UPS store, both felt that they learned a lot. “It’s a good education. We learned about China,” Mr. Weiner said.

One of the dance pieces, which depicted a husband and wife forcefully arrested for meditating, really moved Ms. Jones. “Sometimes when you don’t live there, you don’t know,” she said.

Meditation is part of an ancient cultivation practice called Falun Gong, which is currently persecuted in China today.

As a former pop singer, Ms. Jones could appreciate the artistry of the soprano bel canto singer. “This one, she’s gorgeous, Jones said.

“I could almost feel the pain that the people are going through,” Ms. Jones said.

Mr. Weiner and Ms. Jones particularly enjoyed the male dancers’ acrobatics. “The guy dancers are great, the way they move so quick,” he said. “They are really talented.”

Ms. Jones thought all of the dancers were immensely talented. “I think they are talented beyond belief,” she said. But she also liked the male dancers’ acrobatics.

All of the Shen Yun dancers are trained to perform a variety of jumping, leaping, turning, and flipping techniques, as well as graceful movements and postures. The female dancers softly glide across the stage with the utmost grace, while the male dancers express their masculinity with quick, sharp movements.

“I just thought it was great, Ms. Jones said. “From a past artist, as a performer, I found it to be wonderful.”

Reporting by Sophia and Arleen Richards