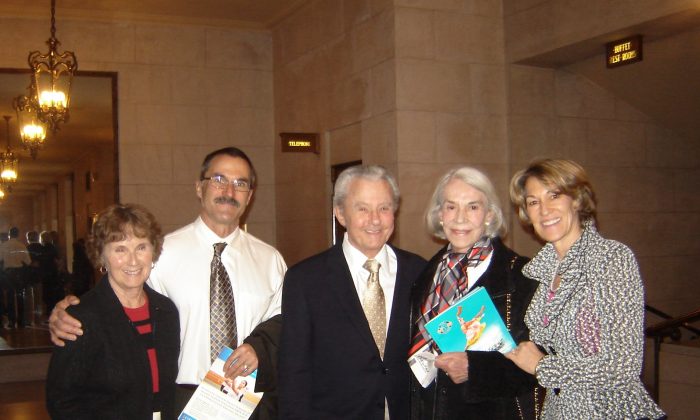 “It was beautiful,” she said. “The costumes were incredible, the music was just amazing, the whole thing was a wonderful experience.”

Stephanie also brought her husband and parents to the show. The group had a unanimous positivity and admiration for the erhu solo performance. According to Shen Yun’s website, “The erhu is one of the most important Chinese instruments, with a history of over 4,000 years. Though it has only two strings, it can convey a wide range of emotions.”

Ms. Lashkoff felt that the erhu piece showed her “how beautiful the world can be.”

“The costumes were incredible, the music was just amazing, the whole thing was a wonderful experience.”
— Ms. Lashkoff

The colors and digital backdrop also served as key inspirational elements of the show for the Lashkoffs. As described on the company’s website, “These digital backdrop designs complement and synchronize all aspects of the performance.”

“The whole program was well thought out, the screen that they have in the back really added to the whole experience and gave a very surreal feeling to the whole thing,” said Ms. Lashkoff.

With Shen Yun as her first experience with classical Chinese dance, the show reminded Stephanie greatly of her own professional ice skating shows. As explained on the company website, “Shen Yun Performing Arts’ dance style is built upon classical Chinese dance as a foundation, while also maintaining a number of ethnic and folk dances. This combination embodies Chinese people’s aestheticism and ethnic character.”

“This brings back a lot of memories for me,” she said. “It was beautiful, the dancers are amazing.”