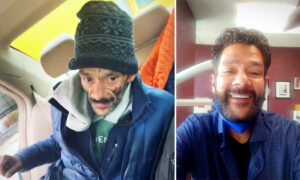 Former 'Mighty Ducks' Child Actor Beats Addiction, and His Before and After Photos Are Incredible
0
Share Now
TelegramFacebookTweetEmailTellMeWeReddit
Copy Link 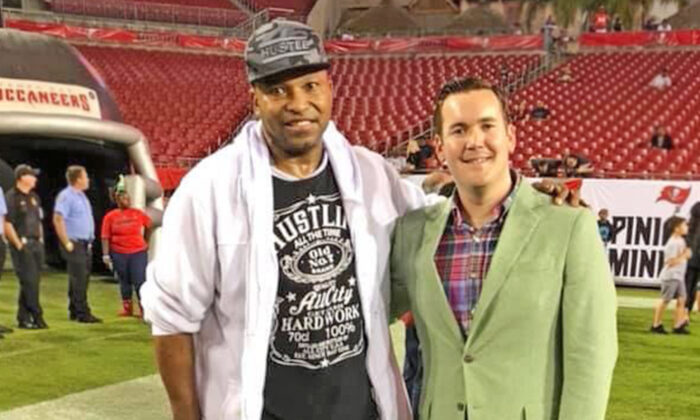 Once considered the next big thing in NFL, Keith McCants was drafted by the Tampa Bay Buccaneers in 1990. Tragically, a knee injury put an end to McCants’s dreams of having an enduring career in football.

His worsening injury led to a painkiller prescription, which became an addiction. This eventually landed the linebacker in prison and without a place to call home.

The future looked bleak for McCants. That is, until a hand of friendship was extended from an unlikely 21-year-old college student named Robert Blackmon.

“In 2010, I was home from college and was reading the newspaper and saw [McCants] was arrested for the 14th or 15th time for crack cocaine possession,” Blackmon told ABC last month. “[I]n his mug shot he looked so incredibly sad.”

“He immediately called back and said, ‘I think this is a God-send,’” Blackmon recalled. The then-college student pledged to help his new friend in whatever way he could.

Over the years, Blackmon aided the fallen NFL star to reach sobriety and regain his independence.

Now at age 52, McCants has needed a cane for 20 years and requires hip surgery. Blackmon claims the NFL declined to subsidize the procedure.

The former linebacker dreams of walking along the Florida coastline without a cane, and hopes his recovery from addiction will inspire others to achieve their dreams.

On March 17, Blackmon highlighted their journey of friendship on Facebook:

“These last 11 years have been a wild ride,” he wrote. “I’m proud not only of what [McCants] has overcome, but the recognition he’s receiving for it. I’m grateful everyday to call him a friend.”

Blackmon is now helping to fund McCants’s hip surgery. His message is that “Anybody can change a life.”